Dakar 2021: Peterhansel increases his lead, everything is open on the motorbike 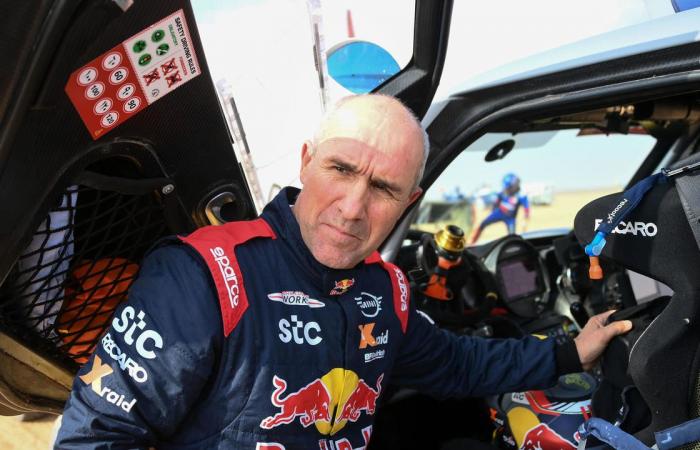 Stéphane Peterhansel further increased his overall lead at the end of the 7th stage of the Dakar 2021, Sunday between the cities of Hail and Sakaka in Saudi Arabia, while the fight for the final victory on the motorcycle remains very open.

The Saudi Yazheed Al Rajhi (Toyota) won in the first part of this marathon stage which will end on Monday evening in Neom, covering the 453 kilometers of the special in 4 hours 21 minutes and 59 seconds. He pocketed his second stage victory since 2015, the date of his first participation in the rally-raid.

But, once again during this 43rd edition of the Dakar, it is the Frenchman Peterhansel (Mini) who is doing the best.

Starting in 4th position, he did most of the race with the fastest time before finally yielding 48 seconds to Al Rajhi, the local of the competition, a hundred kilometers before the finish.

Overall, after six podiums in seven specials, Peterhansel, nicknamed “Monsieur Dakar” because of his 13 victories in motorcycles and cars, occupies the lead with 26 hours 36 minutes and 50 seconds on the clock. He takes his lead over Al-Attiyah, triple winner, to 7 minutes 53 seconds. The first two pilots are clearly detached from the rest of the caravan.

Sainz, winner last year, is in 3rd position, but 40 minutes behind “Peter”. Navigation errors during steps 3 and 5 are difficult to erase for “El Matador”.

Nani Roma, Sébastien Loeb’s teammate at BRX is 5th, almost two hours from the lead. As for the Alsatian, nine times world rally champion, he is 32nd with more than 13 hours from the lead, following a series of diverse and varied galleys with his co-driver Daniel Elena.

On two wheels, everything remains open and the competition is fierce. The American Ricky Brabec (Honda), defending champion, was the fastest during this 7th stage, in 4 hours 37 minutes and 44 seconds, after an ultra-tight race with the Chilean Jose Ignacio Cornejo Florimo ( Honda) and another American, Skyler Howes on KTM

The Botswanan Ross Branch (Yamaha) suffered a spectacular but minor fall from the start of the special. Direct competitor of Frenchman Xavier de Soultrait (Husqvarna in the standings, he occupied 4th place overall.

After more than 4,500 kilometers traveled since the start on January 3, Cornejo Florimo now occupies the head of the motorcycle classification, only one second ahead of Toby Price (KTM) and 2 minutes and 11 seconds ahead of the Briton Sam Sunderland (KTM), winner in 2017 The first ten are grouped together in just 17 seconds.

This 7th special was the first part of a marathon stage in which the pilots and motorcyclists will be the only ones able to work on their machines between Sunday and Monday.

On Monday the Dakar caravan will set off from Sakaka towards Neom, in the west, on the shores of the Red Sea, for the 8th stage. This second part of the marathon stage started on Sunday will be 709 km long, including 375 km of special.

These were the details of the news Dakar 2021: Peterhansel increases his lead, everything is open on the motorbike for this day. We hope that we have succeeded by giving you the full details and information. To follow all our news, you can subscribe to the alerts system or to one of our different systems to provide you with all that is new.