Straddling Senate and pulpit, Warnock highlights religious left’s rise in the US 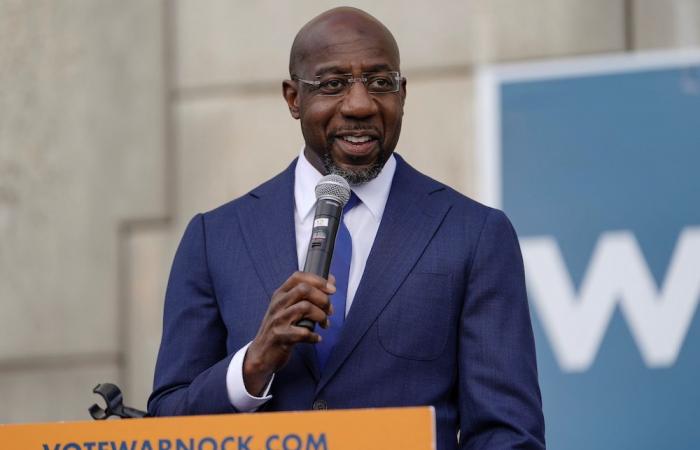 Hello and welcome to the details of Straddling Senate and pulpit, Warnock highlights religious left’s rise in the US and now with the details

ATLANTA, Jan 10 — The Reverend Raphael Warnock will take the pulpit this  morning at Atlanta’s famed Ebenezer Baptist Church, just as he has for the past 15 years.

But this time he’ll be speaking as an incoming US Congress member - and the first Black US senator from Georgia - at the church where civil rights leader Martin Luther King Jr. once preached.

“It’s unusual for a pastor to get involved in something as messy as politics,” Warnock acknowledged on the campaign trail. But he sees it as a continuation of the calling from the Lord that brought him to preach the Gospel. “I’m stepping up to my next calling to serve, not stepping down from the pulpit.”

Warnock’s runoff election victory on Tuesday over incumbent Kelly Loeffler, the wealthy former chief executive of Bakkt, a cryptocurrency trading platform, is the latest sign of the renewed politicisation of the “religious left.”

As a preacher, Warnock was a frontline activist supporting the expansion of Medicaid under the Affordable Care Act, and was arrested for a related protest at the US Capitol in 2017. He’s pushed for clemency for death row inmates, and hosted an interfaith meeting on climate change - all part of the path to his historic Georgia election win.

Politics needs a preacher, explains Bishop Reginald Jackson of Atlanta, who heads 500 churches in the Sixth Episcopal District of the African Methodist Episcopal Church (AME), which spans much of Georgia, and is a friend of Warnock.

“The more Trump talked, insulted and berated and on and on, the angrier and more activated people have become,” the bishop said. “Trump helped us because his ranting and raging motivated us to action, and to the polls.”

“Social justice is the gospel of Jesus,” Jackson said. “He fed the poor, healed the sick.”

Left-leaning Christians have been forced to choose, said the Reverend Mark Sandlin, a Presbyterian minister in Greensboro, North Carolina, who helps run the nonprofit ecumenical group ProgressiveChristianity.org and “The Christian Left” website with about 400,000 members nationwide.

“You either believe that Christians should stay out of politics altogether and focus on the afterlife, or you think we should be involved in the here-and-now: social justice, economic justice, fight inequality,” Sandlin said.

If you believe the second, that “by definition makes you more political,” he said. “Jesus was very political.”

Religion and US politics

Congress has included clergy members since the US government began, including the first speaker of the US House of Representatives, a Lutheran minister. A Jesuit priest was the first Congress member to call for President Richard Nixon’s impeachment.

The US population is overwhelmingly Christian, with about two-thirds identifying as such. Of those, about 40 per cent are Democratic or lean that way, compared with 43 per cent on the Republican side, Pew Research shows.

The deep-pocketed conservative “religious right,” boasting mega-church leaders who speak to millions, like Christian Broadcasting Network founder Pat Robertson, has had a strong influence on politics in recent decades.

US law prohibits tax-free churches from endorsing candidates directly, but these leaders’ support has helped Trump and other Republicans win elections. White evangelicals have held steady at about 25 per cent of the electorate, mostly voting Republican.

The religious left’s diversity makes it a less straightforward target for politicians. “We have a very big tent and include people who are spiritual but may not go to church often, or at all,” Sandlin said.

Blacks are the most religious of any major racial or ethnic group in the country, according to a 2018 Gallup poll, as well as strongly oriented to voting Democratic.

Warnock’s congregation alone has tripled in size in the last 15 years to 6,000 members. He will address them via livestream today, and plans to keep preaching on Sunday for the foreseeable future, an aide told Reuters. The situation represents “an evolution of democracy,” said Lawrence Carter, a historian who is a professor of theology and dean of the Martin Luther King Jr. International Chapel at Morehouse College in Atlanta, as well as a mentor and close friend of Warnock.

“We have made progress but we are a long way from the ideals of our Founding Fathers,” Carter said. “There’s work for a preacher in Washington.” — Reuters

These were the details of the news Straddling Senate and pulpit, Warnock highlights religious left’s rise in the US for this day. We hope that we have succeeded by giving you the full details and information. To follow all our news, you can subscribe to the alerts system or to one of our different systems to provide you with all that is new.