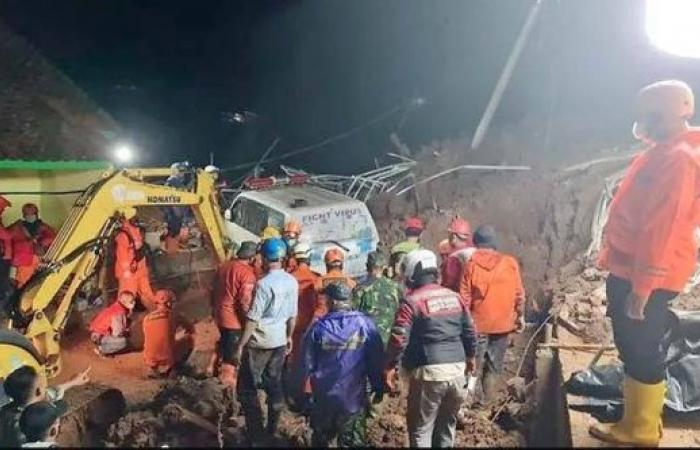 We show you our most important and recent visitors news details Landslides in Indonesia leave 11 dead, 18 hurt in the following article

The second landslide in Cihanjuang village in the Sumedang district of West Java province occurred as rescuers were still evacuating people following the first disaster on Saturday, said National Disaster Mitigation Agency spokesman Raditya Jati. Rescuers were among the victims, he said.

The death toll was preliminary as of Sunday morning, Raditya said, adding that potential rain and thunderstorms through the day may hamper rescue efforts.

The rain stopped on Saturday night. A bridge and roads were blocked by the landslides as authorities struggled to bring in heavy equipment to clear the debris.

Seasonal rains and high tide in recent days have caused dozens of landslides and widespread flooding across much of Indonesia, a chain of 17,000 islands where millions of people live in mountainous areas or near fertile flood plains close to rivers.

A La Nina pattern is characterized by unusually cold temperatures in the equatorial Pacific Ocean.

Indonesia frequently suffers floods and landslides, particularly during the rainy season from November to March, a situation often worsened by the cutting down of forests. — Agencies

These were the details of the news Landslides in Indonesia leave 11 dead, 18 hurt for this day. We hope that we have succeeded by giving you the full details and information. To follow all our news, you can subscribe to the alerts system or to one of our different systems to provide you with all that is new.