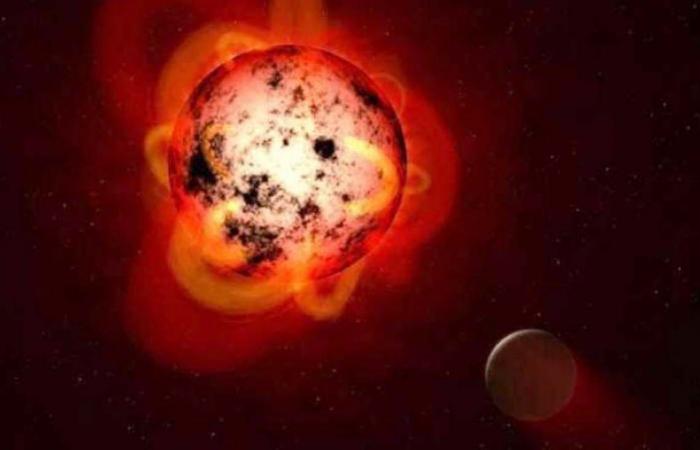 A group of astronomers made public in the magazine Scientific American than an Australian telescope with a radius of 64 meters, which looks at the sky desde Parkes Observatory, detected radio signals of 982 megahertz emitted from Proxima Centauri, the closest exoplanet to Earth. Located 4.2 million light-years away, that nearby star sent out sound waves for a total of 30 hours, between April and May 2019. They have been archived and are being analyzed by astronomers from the Breakthrough Listen project.

Until now, they constitute the most serious hypothesis of attempted communication with the Earth from another solar system. The last open call was the sound signal of only 72 seconds (“#Wow signal”) that the radio telescope of the Ohio State University captured, on August 15, 1977, and that since then it has tried to be analyzed without much success.

The scientific publication of the record was endorsed journalistically by Ian Sample, science editor of the British newspaper Guardian, who noted: “the direction of the thin signal and an apparent increase in frequency appears to be consistent with the motion of a planet and makes the nature of the discovery all the more enticing.”

On the other hand, the credentials of the Breakthrough Listen Project research team, which have been working since 2015 with a budget of 100 million dollars to seriously search for intelligent extraterrestrial communications in the Universe, did not make anyone hesitate. Scientific American disseminate the material that is still in its infancy anyway and will be presented in a new dossier, BLC1.

“ The signal seems to come from the direction where our closest neighboring star is located and it cannot yet be ruled out as interference from Earth,” says the American publication.

Some data increases the weak prospect that it is a transmission from an advanced extraterrestrial intelligence (ETI), the so-called ‘technosign’.

Breakthrough Listen Project was founded by scientist Stephen Hawking and the Russian billionaire Yuri Milner, in 2015 with the SETI ( Search for Extraterrestrial Intelligence or Search for Extraterrestrial Intelligence) premise. It is made up of scientific luminaries from different parts of the planet that propose, for 10 years, scan a million stars in the Milky Way and listen to messages from others 100 nearby galaxies, on 10 billion different frequencies, that come from outside our galaxy.

The scientists behind the project say that “there is still a lot of work ahead”, but admit that the interest in the subject is justified.

“[La señal] it has several particular properties that made it pass several of our checks, and we still can’t explain it, ”said Andrew Siemion of the University of California, Berkeley.

A weak 982MHZ signal could eventually come from man-made satellites or a spacecraft, but nothing is certain yet. “ Such a signal does not come from the Earth’s surface, you know you detected extraterrestrial technology. Unfortunately, humans have released a lot of extraterrestrial technology, “says Jason Wright, a SETI astronomer at Penn State University in Pennsylvania.

“ In 5 of the 30 minutes of observations made during 3 hours we see that this thing returns”#Explains Shane Smith, a member of the SETI program in Berkeley, the man who identified that the signal was emitted at 982,002 megahertz precisely. He sensed that the signal was coming from Proxima Centauri or some other deep space source in that part of the sky, before reaching Earth.

In 2015, the investor Milner gave a lapidary sentence: “ It is clear that the greatest scientific rigor will be used when analyzing all the candidate signals.”

Another chapter would be to remember that Proxima Centauri is not alone: ​​it has two exoplanets – if not three – orbiting around it. One of them, Proxima B, raises many expectations since at least until almost four years ago it was believed that it had an ocean on the surface; that is to say, life.
However, that hope gradually faded like an old star, since 2017. It was always known that Proxima Centauri was like a dragon that emitted flames, but the one that was detected on March 24, 2017 at the Atacama Astronomical Observatory, in Chile, left everyone speechless. At that moment, the brightness of this Centauri multiplied by a thousand for 10 seconds.
And what nearby star, even more so with water, could survive such a flash? Immediately, Carnegie Institution for Science astronomer Meredith Mac Gregor began to analyze the data and lowered her thumb when asked if there could be life in Proxima B. “ These types of radiation emissions would have” evaporated any atmosphere or ocean and sterilized the surface. ”#If there was before the flare, it is already a memory.
However, no one will close the Proxima Centauri file yet; Unlike.

“ What is expected of a signal originating from a world revolving around a neighboring star is that the frequency drops like a trombone. What we hear, instead, it’s a whistle that goes up”, Sheikh is sincere.

1#There is still much to investigate, because “ It is never an alien, until it is”, as the prestigious American publication slides.

These were the details of the news An Australian telescope recorded 30 hours of alien sounds for this day. We hope that we have succeeded by giving you the full details and information. To follow all our news, you can subscribe to the alerts system or to one of our different systems to provide you with all that is new.