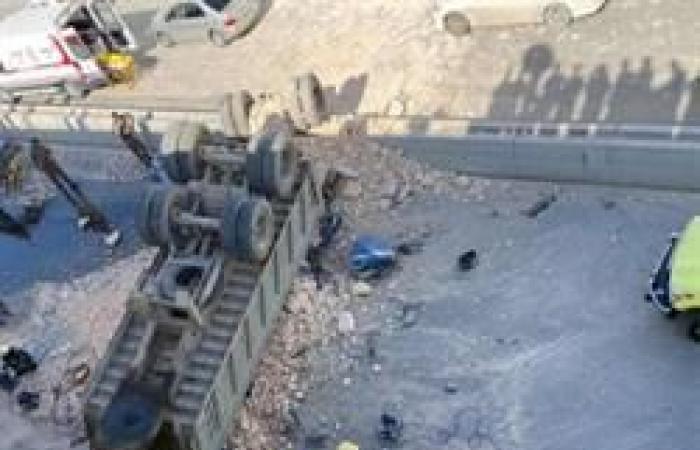 The General Directorate of Traffic in Riyadh Province clarified the details of an accident that a truck fell from the top of a bridge on Omar bin Abdulaziz Road in Riyadh with Al-Nahda Road.

The media spokesperson for Riyadh Traffic, Colonel Nawaf Al-Sudairy, stated that the accident occurred as a result of the sudden collapse of a truck loaded with sand and collided with a parked car before falling into the tunnel and colliding with another car while passing through the tunnel.

He pointed out that the traffic patrols started the accident as soon as it happened, indicating that it resulted in the death of the truck leader, who is a Sudanese resident of the third decade of life.

In turn, the official spokesman of the Red Crescent Authority in Riyadh, Yasser Al-Jalajil, explained that 3 emergency teams were immediately dispatched to the site of the accident, where it was found that one person died and another was slightly injured, and he was treated at the site.

These were the details of the news News 24 | The death of a car driver, as... for this day. We hope that we have succeeded by giving you the full details and information. To follow all our news, you can subscribe to the alerts system or to one of our different systems to provide you with all that is new.