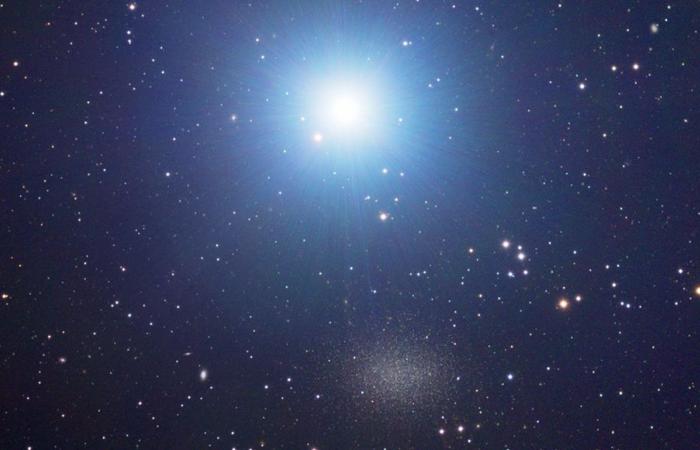 According to historical records, the astronomical phenomenon, which has its basis in the Christian accounts of Christmas when the Magi arrived at the birthplace of Jesus, was last observed in 1226.

In this atypical 2020, hit by the coronavirus pandemic, another incredible phenomenon will occur on our planet. After 800 years, the Belen star it can finally be seen on our planet.

According to the Christian tradition the Belen star was followed by wise men to get to the birthplace of Jesus Christ.

The phenomenon will be added to astronomical events such as eclipses that were seen in 2020. According to Rice Patrick Hartigan, from the Department of Physics and Astronomy of the Rice University, the star actually consists of a single planetary alignment and not of a star itself.

However, throughout history there are those who have studied the supposed guide star as a supernova or a more extravagant astronomical event.

The last time the Belen star could be seen in the sky was the March 4, 1226 when thanks to the alignment of Jupiter and Saturn. “This conjunction is exceptionally rare due to how close the planets are going to be to each other”, the astronomer explained Hartigan.

For his part, the professor of Theoretical Astrophysics and Cosmology Grant Mathews studied the star for decades and pointed out that what religious accounts actually tell is the phenomenon of a seldom-occurring planetary alignment in which the Sun, Jupiter, Moon, and Saturn align in a unique way.

When can the Star of Bethlehem be seen?

The ordering of Jupiter and Saturn that gives rise to the sighting of the star of Bethlehem takes several years before the ideal alignment culminates. On this occasion, experts point out, these planets have been approaching since July and the state of planetary conjunction will culminate in a few weeks.

The symbolic Christmas Star can be seen from the December 16 to 21 in hours after sunset, and it can be observed anywhere in the world, although in better conditions in areas close to Ecuador.

“They will look like a double planet, separated only by a fifth of the diameter of the full moon.”Hartigan said.

Can you see it with the naked eye?

The scientists explained that during the alignment of Jupiter and Saturn These stars are seen as a double planet, so their luminosity is greater and can be perceived without the need to resort to instruments such as telescopes or binoculars if weather conditions allow it.

To locate the Star of Bethlehem you must look for the second brightest point in the sky after the Moon.

The astronomer Patrick Hartigan assured that the event will not be repeated until March 15, 2080, and then it won’t happen again until after 2400.

These were the details of the news The Star of Bethlehem can be seen in the sky after 800 years for this day. We hope that we have succeeded by giving you the full details and information. To follow all our news, you can subscribe to the alerts system or to one of our different systems to provide you with all that is new.