Russian Youtuber who killed his girlfriend in a live is arrested... 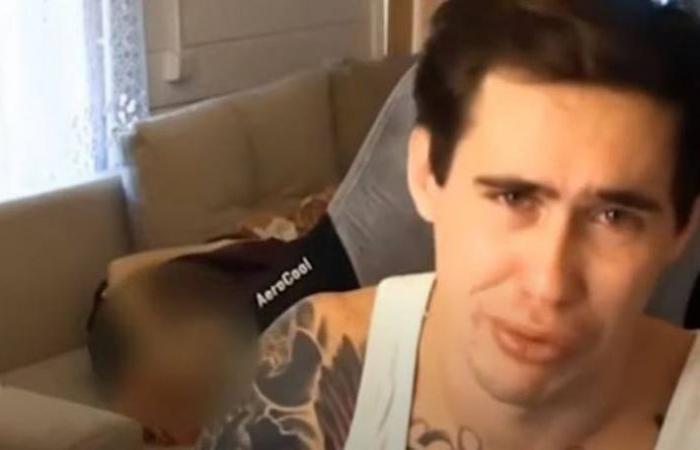 About 2,000 people watched Valentina Grigorieva’s death live on YouTube. They watched impassively as her boyfriend, the popular youtuber Russian Stanislav Teshetnikov (known as Reeflay), slapped her, pulled her hair, humiliated her and then threw her in the courtyard of her home, in a town near Moscow, screaming that she smelled bad. The 26-year-old girl, whom followers of Reeflay they knew of many other broadcasts in which he suffered other humiliations and mistreatment, spent hours in the snow, in freezing temperatures, only in underwear. When Teshetnikov dragged her inside, she no longer moved. I was dead. Many of his followers felt that the youtuber, known for accepting humiliating challenges in exchange for money, was doing “theater” to create more expectations, according to some of the channel’s comments, now deleted by YouTube.

Moscow police arrested Teshetnikov, 30, on Friday on charges of “deliberately causing serious harm to the health” of the girl. A two-month pre-trial detention was ordered. Grigorieva had a healed brain injury, multiple lesion marks and a subdural hematoma. Some were old injuries, says the Investigation Committee of the Moscow Regional Directorate, which investigates the exact cause of death. Under the magnifying glass is now what happened during the broadcast at dawn on Thursday and in other episodes of the Reeflay – and also the role of the spectators.

The live images showed Teshetnikov shaking the immobile girl, already inside the house, making an attempt at a cardiac massage and shouting “Viva, viva”. Then he placed her on the sofa and sat in front of the camera whimpering and asking his followers for advice. His lawyer says he immediately called emergency services, but messages from his followers comment that Reeflay asked them to call for him. When help came, and throughout the process until they certified Grigorieva’s death, the youtuber continued transmitting. Also when the police arrived, until they ordered him to turn off the camera.

In Russia, where violence against women is a major problem, there is no specific law against gender-based violence, and domestic violence was decriminalized three years ago, which greatly reduced the penalties (an equivalent fine is imposed the 3,125 reais case when it is considered the “first time” and there are no serious injuries) and, consequently, the complaints, according to the experts. Machismo and criminalization of victims, moreover, are extremely frequent. Not a few Russian media outlets dedicated their coverage of the case Reeflay Valentina Grigorieva’s alleged “wanton life”, whether she had drunk or used drugs on that and other nights, whether she had other partners and to which she dedicated herself professionally, instead of emphasizing the aggressor and the signs of mistreatment shown in others videos from your channel.

Reeflay, who had thousands of followers on his YouTube channel, had become popular by accepting challenges from viewers on that channel and the Twitch for a few thousand rubles. Some of these challenges were up to him, others included others – including Grigorieva, almost always involving humiliation or extreme actions. In one of his last transmissions, he announced that he would make the young woman eat rubbish for 3,000 rubles (about 200 reais), again it was clay, or sit on her face for 2,000 (135 reais). In one of his last videos, he sees how Teshetnikov pulls the girl’s hair and splashes a pepper spray on her face. Everything in front of the cameras. None of the people who saw those scenes live ever reported anything.

Teshetnikov will spend two months in remand. His followers launched a fundraising campaign for a lawyer.

The case is not unique. In late October, the Russian investigation committee opened a criminal case against another blogger, Andrei Burim, who displayed a live assault on his girlfriend during a party. Again, while hitting the girl’s head against a table, neither those present at the scene nor her followers (she had 700,000 subscribers before the channel was blocked) did nothing. The young woman reported the case and received hundreds of threatening messages on her Instagram account.

These were the details of the news Russian Youtuber who killed his girlfriend in a live is arrested... for this day. We hope that we have succeeded by giving you the full details and information. To follow all our news, you can subscribe to the alerts system or to one of our different systems to provide you with all that is new.

PREV US, China agree to cooperate on climate crisis with urgency
NEXT Libya welcomes UN decision to deploy cease-fire monitors