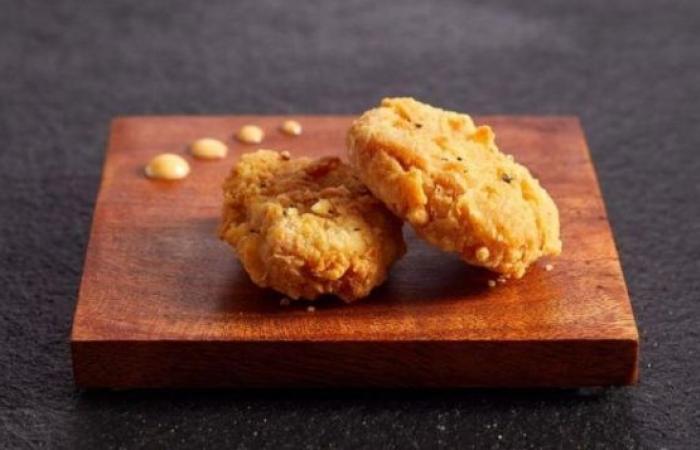 Artificial chicken meat will soon be offered in Singapore restaurants after the local authorities gave the green light to this “global precedent”, according to what the American company responsible for this project revealed.
Eat Just, which is developing a laboratory meat project made from animal cells, announced that the Food Security Agency in Singapore has authorized the sale of chicken pieces made in this city, the Southeast Asian country.
“It is an achievement for the food industry in the world,” the startup said in a statement.
Its CEO and co-founder Josh Tetrick said, “This license opens a series of achievements in Singapore and other countries in the world.”
The Food Security Agency in Singapore confirmed that Eat Just had submitted an audit request, revealing that the tests concluded that its product could be consumed in the quantities agreed upon and it was allowed to be sold in Singapore as one of the ingredients for Nuggets chicken made by the company.
Global meat consumption is expected to rise by 70% by 2050 and laboratory meat may help meet the growing demand that, according to scientists, is playing a role in climate change.
Raising livestock for the purposes of consuming their meat is a source of methane, a gas that exacerbates the greenhouse effect. In some countries, such as Brazil, this sector is causing deforestation.
The demand for dietary alternatives is increasing, but the products currently available are based on plant ingredients.
Dozens of startups are working on synthetic meat projects around the world, but production is still under trial.
Singapore supports the development of startups in new agricultural and food technologies. The Food Security Agency has adopted a special mechanism for testing experimental products before they are put on the market.

These were the details of the news Singapore authorizes selling artificial chicken meat in a global precedent –... for this day. We hope that we have succeeded by giving you the full details and information. To follow all our news, you can subscribe to the alerts system or to one of our different systems to provide you with all that is new.