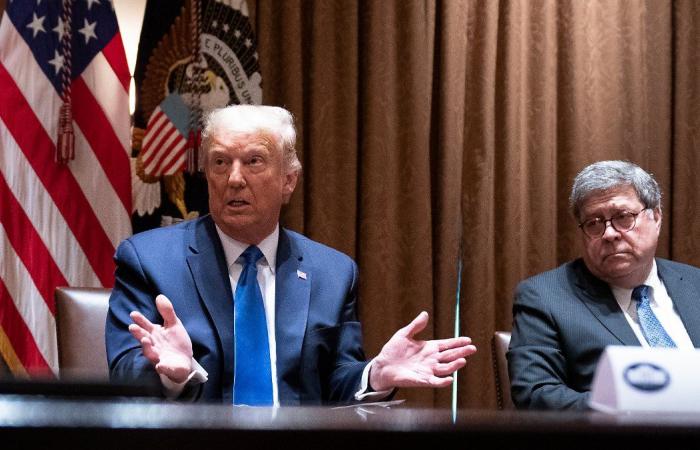 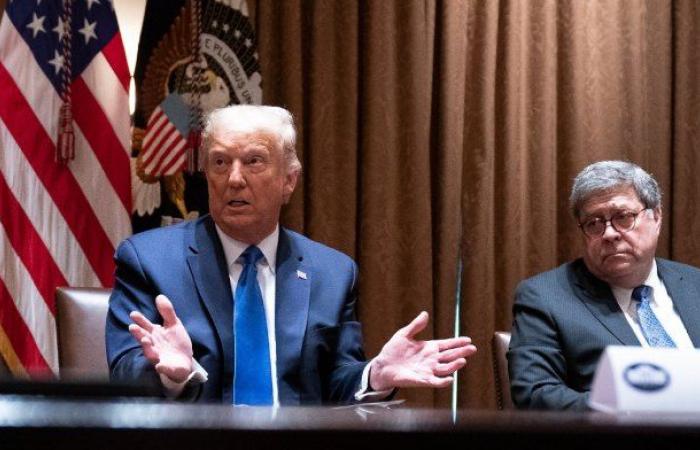 US President Trump receives opposition from prominent sources on his election fraud allegations – from his Attorney General Barr. So far there is no evidence of large-scale fraud in the November 3rd election, says the. Trump still files the next lawsuit.
US President Donald Trump has challenged the election results in the US state at the Supreme Court in Wisconsin. The complaint alleges that election workers were instructed to add missing information to ballot papers and to issue postal ballot papers without an application. Also, the count was partly done in public parks and not in the polling stations, it says in the text.

A spokesman for the Wisconsin Supreme Court said there was no timeframe to process the case. Suffrage experts believe that the lawsuit may have a better chance than other recent court cases. Nevertheless, it is very unlikely that the court will allow the motion to invalidate the 221,323 postal votes. On Monday, Wisconsin officially confirmed President-elect Joe Biden as the winner. Biden won Wisconsin with around 20,000 votes ahead of Trump.

Shortly before the current president filed a lawsuit, Attorney General William Barr announced that the ministry had not discovered any evidence of extensive electoral fraud that could have led to a different election result. “So far we have not seen any fraud on a scale that could lead to a different outcome in the election.”

In the dispute over the election result, no one from the Trump camp had opposed the president so openly. The attorney’s remarks also come as a surprise: Barr is considered a Trump loyalist and has always kept his back free in the past. Now he seems to be distancing himself from Trump, who has been denouncing alleged electoral fraud in favor of Biden for weeks without evidence.

Shortly after the interview was published, Barr was seen arriving at the White House. According to a spokeswoman for the Ministry of Justice, he appeared there for a “previously agreed meeting”. Senate Democratic Minority Leader Chuck Schumer said: “I think he’s the next to be fired because he now also says there is no fraud.”

Trump had fired the head of the cybersecurity agency CISA, Chris Krebs, on November 17th. This had previously countered the President’s allegations of fraud together with electoral officials and had described the election as “the safest in history”. Trump’s campaign lawyer Joe DiGenova caused outrage with the statement that cancer should be “pulled out and shot at dawn”

These were the details of the news No evidence of electoral fraud: Justice Minister breaks loyalty to Trump for this day. We hope that we have succeeded by giving you the full details and information. To follow all our news, you can subscribe to the alerts system or to one of our different systems to provide you with all that is new.