Motorists speed through the pedestrian zone and kill four people 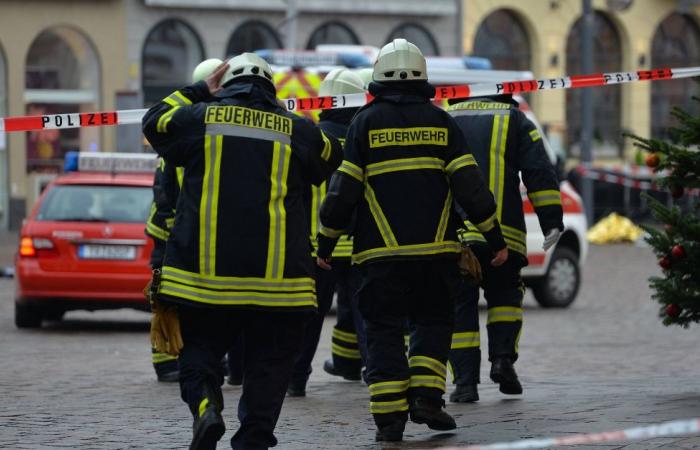 Bhe mayor Wolfram Leibe (SPD) fought back tears on Tuesday afternoon at the first press conference after an alleged rampage in Trier. “I just walked downtown and it was just awful,” he said. “There’s a sneaker there. That girl is dead. ”Rescue workers from all over the region are on duty. “Everyone is busy bringing the injured and seriously injured to the hospitals.” Leibe had previously spoken of a “rampage”. The police confirmed four fatalities in the evening, who were between nine months and 72 years old.

Karl-Peter Jochem, spokesman for the Trier police headquarters, explained at the press conference at noon what the investigators had known about the incident up to that point: A man drove an SUV through a pedestrian zone and apparently hit people “at random”. “There are several dead and a number of seriously and seriously injured people.” The police stopped the car after the crime and arrested a 51-year-old German. The man comes from the Trier-Saarburg district, his motive is unclear. “We don’t know why he did that.” He fought against the arrest. The car had been secured.

After the arrest there is no longer any danger to the population, the police said. Nevertheless, the city center remains largely closed for the time being to secure traces. This could take several hours. The securing of evidence is important, said Mayor Leibe. “This person will be on trial at some point – the more effort we put into now, the fairer it will be afterwards.”

The fire brigade received the first emergency calls shortly before 2 p.m. According to SWR, a witness reported that a dark gray Range Rover had sped through the bread road at high speed, people had flown through the air. The driver is also said to have driven through the popular Simeonstrasse shopping street near Porta Nigra – a total of around one kilometer through the city center. The interior minister of Rhineland-Palatinate, Roger Lewentz (SPD), said that the suspect was arrested “four minutes after the initial notice”.

The off-road vehicle is severely damaged at the front

A video available to the FAZ shows how police officers pressed the alleged driver to the ground. The man is wearing sneakers, gray trousers and a dark jacket and is lying on the sidewalk with his left leg stretched out. The gray off-road vehicle is only a few meters in front of him, it has come to a stop on a cycle path in Christophstrasse, only a few hundred meters from the Porta Nigra, Trier’s landmark. All the doors and the tailgate of the car are open, two plainclothes police vehicles – only recognizable as such by the blue lights on them – have cut the car off. The off-road vehicle is severely damaged at the front. The bonnet is dented, the windshield cracked. At the front right a piece of the body is dented or broken off. The car is registered in Trier.

Bernd Walter W. from Trier is accused in social networks of being the driver of the off-road vehicle. In a voice message that circulates on Whatsapp, W. is described as psychologically “not quite up to par”. Other users posted hate messages on a Facebook profile that was created under the same name.

There is some evidence that W. could have been the driver: In a request that someone sent to the Trier public prosecutor’s office under W.’s name via the “Ask the State” portal, a date of birth in September 1969 is given. The person would be 51 years old today, which matches the information provided by the police. When asked, the investigators did not want to confirm that W. was the driver of the car.

The authorities have no evidence of a political background to the incident in Trier. The German press agency learned this from security circles, and the police also confirmed this in the evening. The driver of the car is therefore not classified as a hazard. The security authorities refer to people as threats if they trust the most serious politically motivated acts of violence up to and including terrorist attacks.

The Prime Minister of Rhineland-Palatinate, Malu Dreyer (SPD), expressed her deepest condolences to the relatives of the victims. In the incident, a baby was “torn from life”. Government spokesman Steffen Seibert wrote on Twitter: “What happened in Trier is shocking. The thoughts are with the relatives of the victims, with the numerous injured and with everyone who is on duty at this moment to care for those affected. “

These were the details of the news Motorists speed through the pedestrian zone and kill four people for this day. We hope that we have succeeded by giving you the full details and information. To follow all our news, you can subscribe to the alerts system or to one of our different systems to provide you with all that is new.