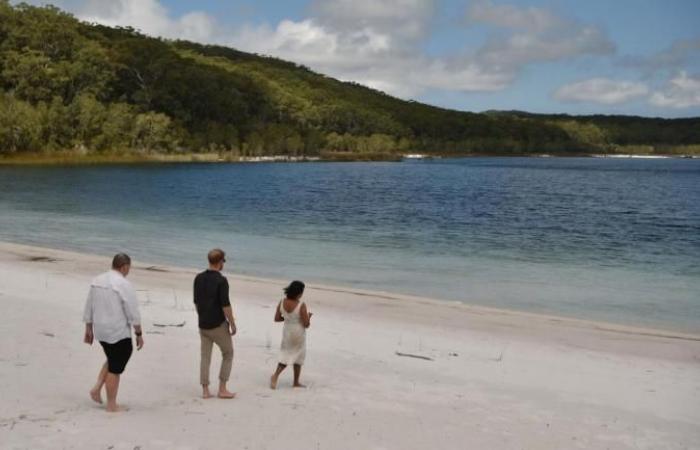 Australian firefighters are now fighting to prevent the fire from destroying more of the island’s unique forest areas. The temperature is expected to rise to 34 degrees at most on Monday, and the vegetation on Fraser Island is already extremely dry. About two-thirds of the state of Queensland, including Fraser Island, is affected by the drought.

Firefighters are not only fighting challenging weather conditions, but also limited access to the north side of the island. At the moment, it is burning from two sides in an area of ​​74,000 hectares, but so far no properties on the island are in danger. Tourists have been banned from traveling to the island until further notice.

Up to ten firefighting planes have been dispatched to fight the fire, including securing important sites for the Aborigines. In total, they released about 250,000 liters of water on the fire on Saturday, but according to the fire service, this will only slow down the growth of the fire.

– We really need rain, and unfortunately it does not look like we will get it for a while, says James Haig of the local fire department.

Fraser Island is known for being home to a number of dingoes, local wild dogs, and is on the World Heritage List due to the rainforests and a complex system of dunes that is constantly evolving. In addition, the island has an important place in the world image of the local Aborigines, and hundreds of thousands of tourists come to Fraser Island every year.

The rest of Queensland is currently suffering from minor forest fires, and the rest of Australia has also ended up in the middle of a new forest fire season. Australia experienced its worst forest fire season ever in the summer of 2019-2020, when an area the size of Britain was scorched. 33 people and billions of animals died.

*The article has been translated based on the content of Source link by https://www.abcnyheter.no/nyheter/verden/2020/11/30/195723394/skogbrann-pa-verdensarvlistet-oy-i-australia
. If there is any problem regarding the content, copyright, please leave a report below the article. We will try to process as quickly as possible to protect the rights of the author. Thank you very much!

These were the details of the news Forest fire on world heritage island in Australia for this day. We hope that we have succeeded by giving you the full details and information. To follow all our news, you can subscribe to the alerts system or to one of our different systems to provide you with all that is new.