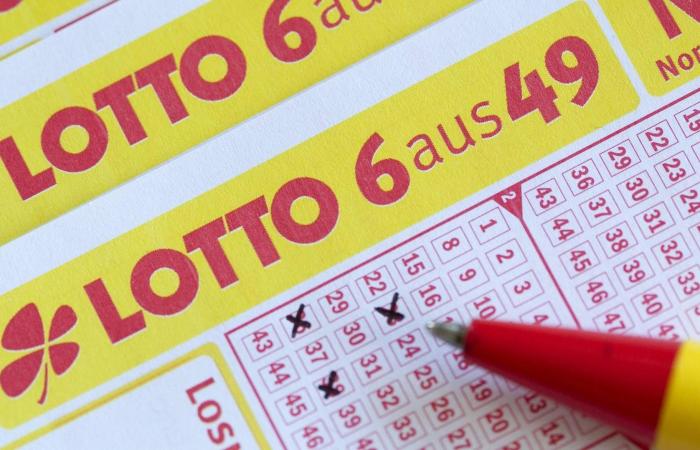 “I would love to be a millionaire, then my account would never be empty” – do you dream of the lottery jackpot? With us you will find all information about lottery 6 out of 49 – current winning numbers and odds for Wednesday and Saturday.

In the drawing on Wednesday, November 25th, 2020, no lucky guy guessed the six correct plus super number. This Wednesday, the sum in the lottery pot is now 45 million euros. You can find out whether you are one of the lottery winners here after the drawing.

By the way: From September 23, the lottery ticket became more expensive. Find out why the rules are changing here.

What happens when the dream of the jackpot becomes a reality: This is what you should pay attention to. And how long do lottery players have to collect their winnings? The most important questions and answers about the winning period.

This is how the “6aus49” lottery works

Before the draw, the player fills out a ticket. Six of a total of 49 winning numbers are then ticked. After submitting the ticket, six balls are drawn from a pool of 49 numbered balls. The aim of the game is to match as many of the numbers as possible with the previously typed numbers. In order to crack the jackpot, you need six correct winning numbers as well as the correct super number. This is the last digit of the ticket number, i.e. a number between zero and nine. The super number is drawn from a pool of ten numbers after the “6aus49” has been drawn.

The amount of the prize depends on the prize class and the stake. The more numbers that are correct, the better the prize tier and the amount paid out. The sum of money that is distributed among the nine prize categories corresponds to 50 percent of the stake. The amount won is highest when as many notes as possible are played and as few players as possible have guessed the correct numbers.

According to www.lotto.de, the chance of winning class 1, i.e. six correct numbers plus a super number, is around 1: 140 million. The winning probabilities of the individual classes have been made up as follows since September 23, 2020.

The percentages for prize classes 2 to 8 refer to the remaining profit distribution after deduction of the fixed prize amount in class 9 and the allocation to prize class 1.

On a lottery ticket there are boxes with 49 numbers to be crossed. Each field that is filled out is a so-called tip and costs 1.20 euros. The amount of participation costs is therefore not based on the number of tickets, but on the number of tips. There is also a processing fee for each ticket.

Forced payout of the jackpot

Since September 23, 2020, the following applies to the compulsory distribution: If the sum in the jackpot exceeds 45 million euros, there is a guaranteed distribution. If a player guesses six correct numbers plus the super number, the jackpot amount is played out as usual. If, however, again no player has reached prize class 1, there is a compulsory distribution. The amount will then be attributed to the Prize Category 2 winner. If this is also unoccupied, the amount goes to the one below, etc. In theory, it is thus possible that the sum is distributed to prize class 9.

Until September 19, 2020, the rule still applied that there would be a compulsory distribution if there was no direct hit in prize class 1 after twelve draws.

These were the details of the news Lotto on Saturday, November 28th, 2020: The lottery numbers at the... for this day. We hope that we have succeeded by giving you the full details and information. To follow all our news, you can subscribe to the alerts system or to one of our different systems to provide you with all that is new.