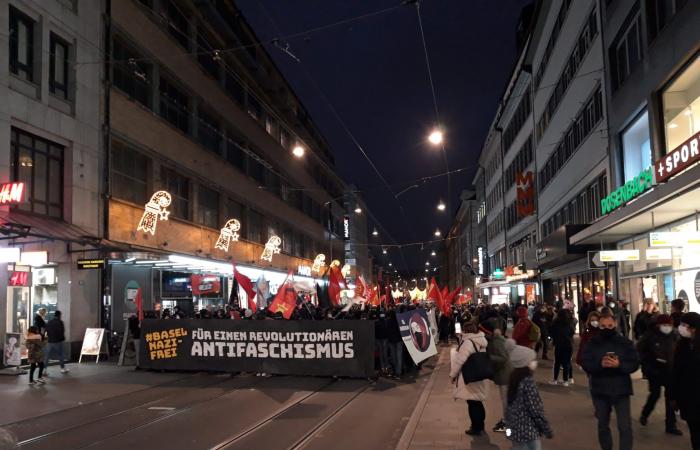 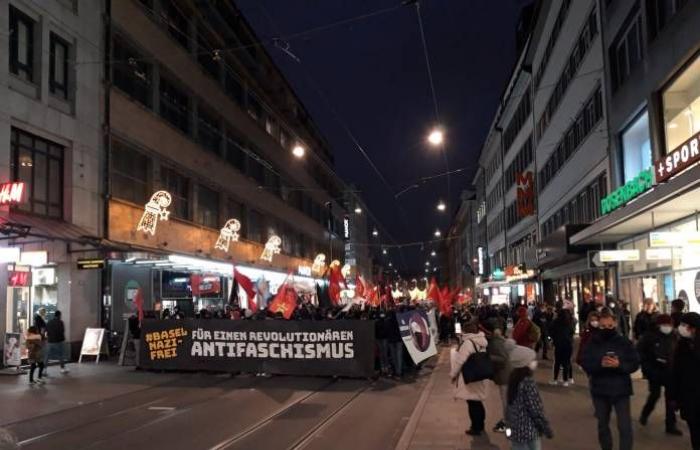 Over 3000 people marched through Basel on Saturday afternoon for an approved anti-fascism rally. Among other things, it was directed against the “wave of repression” by the Basel criminal court against participants in a rally in 2018.

The demonstration took place on the second anniversary of a counter-demonstration to a rally of the right-wing national association Pnos in Basel. A series of trials has been going on at the Basel criminal court since summer against over 50 participants in the demonstration at that time.

Trials for breach of the peace

In the previous trials, the accused were sentenced to several months’ imprisonment, mainly for violating the peace – in the case of a young woman, to eight months.

The rally participants said they gathered to demonstrate solidarity with the convicts. Don’t let yourself be intimidated in the “fight against fascism”, said a spokeswoman.

The police operation with rubber bullets at the time was also condemned. A few days ago, suspected police videos appeared in so-called social media on the Internet, in which even police officers described the operation as disproportionate.

The demonstration march on Saturday moved through Basel city center to Kleinbasel in the direction of Messeplatz, the site of the violent confrontation in November 2018. The police blocked the entrances to the square, however, so that the train finally reached the end of the line at Theodorskirchplatz agreed with the licensing authorities pulled.

Apart from some spraying on house walls, the rally was peaceful until shortly after 6:00 p.m.

These were the details of the news “Basel nazifrei” demo with over 3,000 participants in the city center for this day. We hope that we have succeeded by giving you the full details and information. To follow all our news, you can subscribe to the alerts system or to one of our different systems to provide you with all that is new.