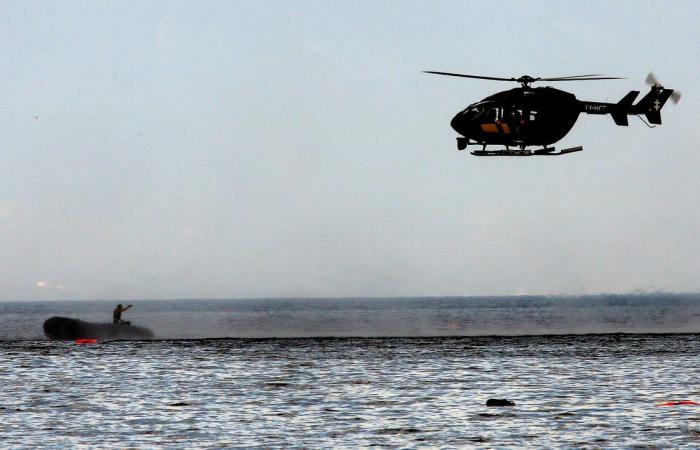 For Federal Interior Minister Horst Seehofer (CSU) the matter is clear: Greek security forces defended the “integrity of Europe” on the border with Turkey, he said a few months ago in the Bundestag. And German federal police officers should support them as part of the mission of the European border protection agency Frontex.

Internal Frontex documents now demonstrate that the situation in the Greek-Turkish border area is much more complicated, that German officials are sometimes involved in alleged violations of the law.

Instead of rescuing refugees from distress at sea, as prescribed by maritime law, Greek security forces systematically drag people out to sea. In October, SPIEGEL, together with the media platforms Lighthouse Reports, Bellingcat, the ARD magazine “Report Mainz” and the Japanese television broadcaster tv Asahi, revealed that Frontex had been around for at least six pushbacks since April.

Now an internal letter from Frontex boss Fabrice Leggeri to the EU Commission shows that German officials were also involved in this illegal practice in at least one case.

In the document that SPIEGEL and “Report Mainz” were able to inspect, an operation on August 10 is detailed: At six o’clock in the morning the Greek observation post “Praso” discovered a rubber dinghy from a hill. The sea is only a few kilometers wide at this dangerous point, and the refugees were clearly already in Greek waters. All surrounding ships were alerted. 15 minutes later, according to the paper, the crew of the German ship BP62, Taufnahme “Uckermark”, arrived at the reported location.

The federal police found an overcrowded rubber dinghy with 40 people on board and stopped it. But they did not save the occupants from the sea, did not take them on board. The German federal police were waiting for the Greek coast guard. This is what the order was, Frontex admits in the internal report.

The refugees, including women and children, had to stay on the rubber dinghy for half an hour, according to the mission report of the German crew. The “Uckermark” blocked their journey until the Greeks “took over” the incident, as they say.

A photo taken about two hours later by the Turkish coast guard shows what that meant. It shows how the 40 refugees are rescued from a rubber dinghy by Turkish security forces. The asylum seekers were evidently dragged into Turkish waters by the Greek border guards. You were the victim of an illegal pushback.

The federal police must have known that an injustice was being done here. In any case, shortly after the mission, they sent an e-mail to the Maritime Coordination Center in Piraeus, responsible for the units at sea. The Germans wanted to know what had happened to the refugees.

“Border protection measures taken to prevent the arrival on Samos”

The answer from the Greeks, which Leggeri quotes in his letter to the EU Commission: “The rubber dinghy with migrants on board changed course when it saw the ship of the Greek coast guard and went back towards Turkey.” registered the incident as “prevented entry”. When Frontex asked, the Greeks became a little clearer: the coast guard had “taken border protection measures to prevent the arrival on Samos”.

»Germans are never allowed to participate in pushbacks, not even indirectly. And if Frontex cannot ensure that, the German contingent must be withdrawn «

Hundreds of refugees can tell from their own experience what such “border protection measures” mean, it is documented in numerous videos: The Greek coast guard often damages the outboard motor of the inflatable boats to make the ships unable to maneuver. Then the migrants are pushed back towards Turkey with dangerous maneuvers. Sometimes the boats are pulled with ropes, the refugees are threatened with weapons, and shots are often fired.

Migration law expert Constantin Hruschka from the Max Planck Institute for Social Law sees the German Federal Police clearly bearing joint responsibility for the deployment on August 10: “In the meantime, Frontex has to assume that the Greek coast guard is carrying out illegal pushbacks. In such a case, Frontex must ensure that this does not happen and that the refugees get access to an asylum procedure. ”

But the German occupation of the BP62 neither saved the refugees nor ensured an asylum procedure. They handed over the rubber dinghy to the Greeks. It has been clear to observers for months that systematic pushbacks are taking place in the Aegean. The EU border protection agency Frontex itself has clearly documented several such incidents, as reported by SPIEGEL and Report Mainz. But the German Frontex officials did not even prepare a “Serious Incident Report” for August 10, as is required for alleged human rights violations.

Neither the Federal Police nor the Federal Ministry of the Interior have so far responded to a request from SPIEGEL and »Report Mainz«.

The human rights policy spokesman for the SPD parliamentary group, Frank Schwabe, is now calling for the federal police to withdraw from the Aegean: “Germans are not allowed to participate in pushbacks, not even indirectly. And if Frontex cannot ensure that, the German contingent must be withdrawn. ”

Frontex boss Fabrice Leggeri is already under massive pressure from the revelations. He himself should actually end the mission in the Aegean if human rights violations persist, according to internal Frontex regulations – also to protect his own officials. But Leggeri covers up the pushbacks.

The federal police apparently also accept the illegal pushbacks. In June, SPIEGEL and Report Mainz had already reported about a pushback off Samos. Refugees were forcibly reloaded by the Greek coast guard onto inflatable life rafts, pulled in the direction of Turkey and finally abandoned at sea.

The federal police were also involved at the time: they said they had discovered the rubber dinghy by helicopter on the way to Samos and reported the position to the Greeks. The federal police announced in June that the further procedure could not be observed. The question of whether one hadn’t wondered why no one had arrived in the end remained unanswered at the time.
Icon: The mirror

These were the details of the news Frontex scandal: German federal police officers involved in illegal pushback in... for this day. We hope that we have succeeded by giving you the full details and information. To follow all our news, you can subscribe to the alerts system or to one of our different systems to provide you with all that is new.