Are Uyghurs Involved In The Production ?: Why Apple Is Trying To Stop A Forced Labor Law – Politics 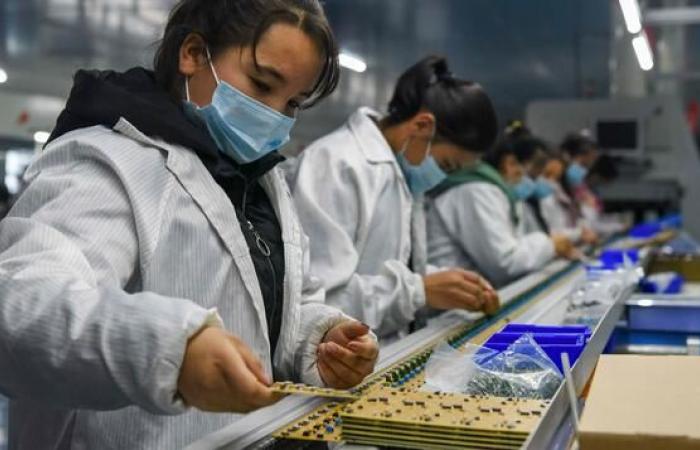 On September 22nd, the law passed the US House of Representatives with an overwhelming majority of 406 to three votes – now the Appl companies want to weaken it. “Uyghur Forced Labor Prevention Act” is the name of the law. American companies should therefore ensure that no forced laborers from Chinese re-education camps are involved in their production chains.

More than a million Uighurs, Kazakhs, Hui and other members of Muslim minorities are said to be suppressed in re-education camps in China’s Xinjiang autonomous region and forced to work. China officially speaks of wanting to exterminate “terrorism, separatism and religious extremism”.

Two US Congress employees who are involved in talks with US companies to implement the law have now reported to the Washington Post that Apple is currently in a dilemma between economic and human rights interests.

Because: Apple is dependent on China for the manufacture of software and hardware. And according to human rights reports, Uyghurs are involved. According to the two congressional officials, Apple said that other companies also want to stop the law as it is worded.

“What Apple would like to do is sit around and discuss, without any consequences,” said Cathy Feingold, director of the largest US labor union, the Washington Post. “They are shocked because for the first time they could be forced to get things done.”

Apple defended itself on the reports. The company is “committed to ensuring that everyone in our production chain is treated with dignity and respect,” said Apple spokesman Josh Rosenstock. “We abhor forced labor and support the goals of the Uyghur Forced Labor Prevention Act.”

Earlier this year, Apple said a detailed investigation had shown that there was no evidence of forced labor in manufacturing in China. Apple CEO Tim Cook had already then condemned forced labor as “heinous”.

But there are actually reasons for Apple and other US companies to weaken the law. Because it would make them directly responsible for the fact that there are human rights violations in their production chains from the time it comes into force. It would make it very difficult for them to ignore such practices.

Coca-Cola even wants to delete its name completely

On the other hand, it would give the US authorities more power to punish such human rights abuses. Because: With a clause in the law, the undersigned companies ensure that no forced laborers from Xinjiang contribute to production. The import of goods produced in this way is already prohibited.

Now that the law has already passed the House of Representatives, companies want to take their last opportunity to make it even more suitable for themselves. Because soon the US Senate will decide whether it will be approved. Apple and Co. are therefore now trying to blunt the law, according to the two Congress employees.

The law is primarily aimed at the textile industry and other technically simple industries that require fewer qualifications from workers. The sugar industry is one of them. It is therefore not surprising that three companies want to remove their names completely from the law: Patagonia, Costco – and Coca-Cola.

These were the details of the news Are Uyghurs Involved In The Production ?: Why Apple Is Trying To Stop A Forced Labor Law – Politics for this day. We hope that we have succeeded by giving you the full details and information. To follow all our news, you can subscribe to the alerts system or to one of our different systems to provide you with all that is new.