‘Crazy for words’: consumers and traders furious with Bpost 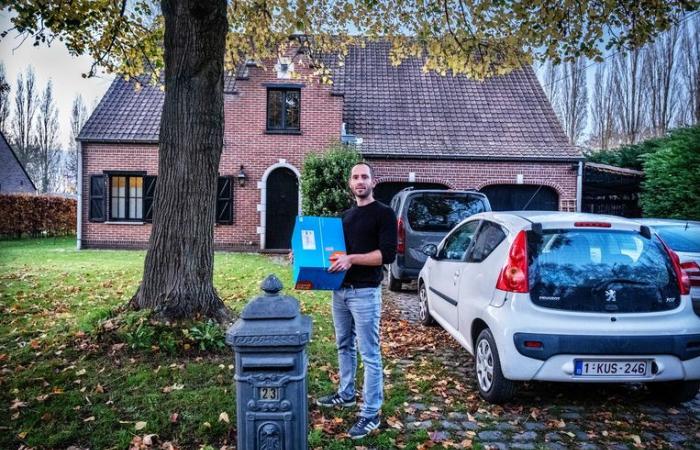 “It drives you crazy.” Thomas Hellemans (32) from Willebroek recently ordered a Christmas present from the Dutch internet store Bol.com. Thanks to a subscription to the Select service, the parcel would be delivered free of charge on Sundays. “Handy, I thought. Then we’ll be home anyway. ” He could follow the progress from hour to hour in the Bpost app. “Until I got the message that the package could suddenly not be delivered because the address was incomplete. I had never heard of this in previous deliveries. But at Bpost I can no longer make sense of anything now. ”

Like all Belgians, Hellemans and his girlfriend depend on e-commerce to buy gifts and home products. Since November 2, all non-essential shops in our country forced to close because of corona. Collection and home delivery are still possible. These days, in villages and towns, you see a massive amount of vans on the sidewalk, on the cycle path and along the roadside. Vehicles where a package is quickly removed from the loading platform to be dropped off and then driven on again.

‘Buy locally’ is the motto of the De Croo government. But those who shop online must have a lot of patience. “Nowadays you have a 50 percent chance that a package from Bpost will arrive on time,” says Hellemans. “For example, last night we ordered a cheese fondue via Coolblue, which arrived on time this morning. But when things go wrong, you are powerless time and again. So the Christmas gift as Bpost was the responsibility of a subcontractor, which we could not possibly reach. Frustrating. ”

Remarkable: in an open letter in this newspaper, retail federation Comeos criticizes the slow handling of parcels by Bpost. A few hours after the management was informed of the letter by our editorial team, she took the flight ahead on Friday with a strong announcement. In the coming weeks, some of the parcels will no longer be delivered to the door, to temporarily relieve the pressure on the system. “It concerns 5 percent of the parcels,” says spokeswoman Barbara Van Speybroeck.

The annoying thing is that customers will not know in advance whether their parcel will be delivered. They only get to hear after purchase through an email. They have no other option than to pick up their parcel themselves at a service point or in a Decathlon. It is also not clear how long this reduced service will last. “As long as the peaks in the volume so high,” says Van Speybroeck. Whether you are affected depends “from the crowds in a particular region, on any given day.”

The measure is full for Hellemans. He has long preferred the Dutch parcel service PostNL because he believes it works faster and more reliably. “Now we only order parcels that we are sure will not be delivered by Bpost. Then part of the local economy will unfortunately lose weight. ” He has now re-ordered the Christmas present via Amazon.

The risk is of course still will choose more people for major international players rather than to local businesses. For Belgian entrepreneurs, Bpost’s response is therefore revengeful. “This is ridiculous,” commented Dominique Michel, CEO of Comeos. “The prices of Bpost already risen three times this year for some retailers. In return they receive a worse service. Will we soon have to do the work in the sorting centers ourselves? ” Some merchants see their parcels lying endlessly untouched at Bpost, he says. “The company is letting us down.”

The retail chain Hema is also experiencing serious problems with the Belgian parcel service. “Our packages are delivered from the Netherlands with DHL Bpost. But this week our trucks were blocked in front of the depots because they cannot handle the capacity ”, says Carla Velghe, director Belgium. “We are now slowing down all promotions to reduce sales, including those on Black Friday. But that is unfortunate for our customers. If things don’t improve, we have to close our webshop. ”

The traders are now counting on Minister of Public Enterprises Petra De Sutter (Green) to intervene. Ultimately, the government itself called for Belgian purchases, it sounds, but that is now being made more difficult by a public company. “I will discuss this with Bpost”, says De Sutter. At the same time, she indicates that her influence on the choice of Bpost is limited. “It is an autonomous public company.”

Transport economist Roel Gevaers (UAntwerpen) asks for understanding for the difficulties at Bpost. For corona, the company delivered an average of 280,000 parcels per day, now more than 500,000. During the summer, the company recruited 2,700 extra employees to cope with the end-of-year peak. “But in a few weeks time, e-commerce has seen a growth that was only expected in five years.”

That alone would crack Bpost below, according Gevaers a misunderstanding. The other parcel services are also on their gums. “The only difference is that Bpost is also facing a decreasing number of letters and has more permanent staff. This makes them less flexible. ”

These were the details of the news ‘Crazy for words’: consumers and traders furious with Bpost for this day. We hope that we have succeeded by giving you the full details and information. To follow all our news, you can subscribe to the alerts system or to one of our different systems to provide you with all that is new.