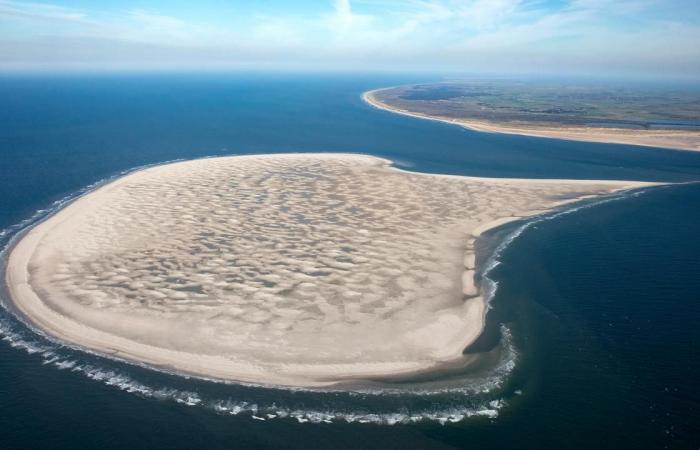 The lifeless body that was found in July 1995 on the Razende Bol sandbank near Texel has been identified after 25 years, the police said on Wednesday. The 59-year-old sailor at the time was called Hans and came from Sundsvall in Sweden.

The body was found on July 16, 1995 on the uninhabited sandbar between Den Helder and Texel. The man’s boat also washed up on it. He could not be identified at the time and was eventually buried anonymously in a cemetery in Den Helder. According to the police, there were no matching missing persons at the time.

Among other things, research was done on the man’s boat. Furthermore, inquiries were made about the origin of the ship, the adjusted sail, the man’s clothing and the watch he wore. The police also looked at the origin of the fire extinguishers, stove and even the copper nails from the ship with which the wooden keel was mounted.

Over the years, more than a hundred tips have been developed, which always did not lead to a name. In the summer of this year, the police circulated a press release to Swedish media, as the watch the man was wearing was specially made for the Swedish market and was also a label in the pants of the man of Swedish origin.

A newspaper report resulted in a reaction from a woman who believed in the story to recognize her uncle. She emailed the investigation team, after which contact was made with the uncle’s now grown children. DNA research showed that it was indeed the 59-year-old Swede.

The man’s two daughters responded happy, grateful and emotional to the final message that their father had been identified, said police officer John Welzenbagh, who spent six years on the investigation. “All these years they have lived in uncertainty with the question what happened to their father, why he no longer responded to contact requests. Due to circumstances they have not reported their father missing in Sweden,” said Welzenbagh.

Due to the corona measures, the daughters are considering coming to the Netherlands in the spring and bringing their father home.

These were the details of the news Beached sailor identified as Swedish man after 25 years | ... for this day. We hope that we have succeeded by giving you the full details and information. To follow all our news, you can subscribe to the alerts system or to one of our different systems to provide you with all that is new.

PREV Pandemic recovery presents historic opportunity to ensure human rights for all: Guterres
NEXT Clashes in Yangon as tensions rise over Myanmar coup