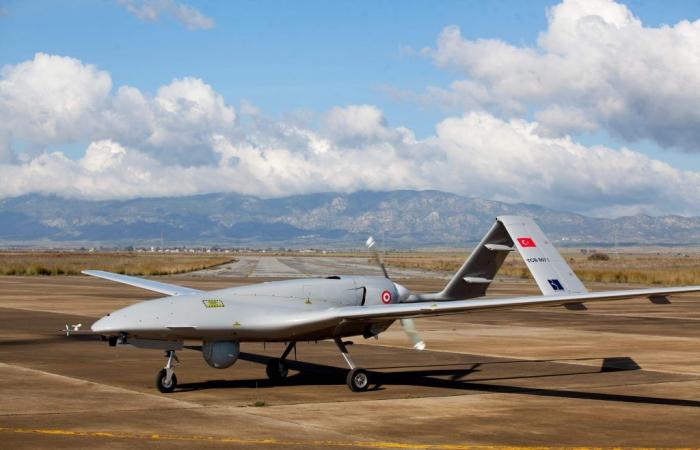 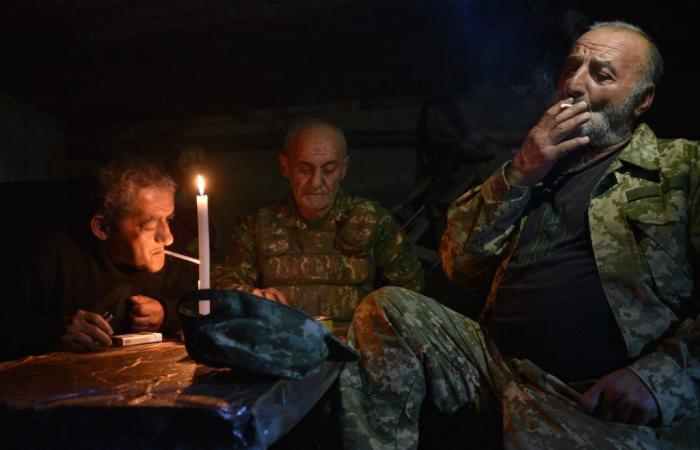 Video footage from an unmanned aerial vehicle that photographed the ground during its flight in the Nagorno-Karabakh skies showed fortified soldiers in the trench, then explosions and smoke, then nothing. This is a nice summary of many skimmer attacks aimed at Armenian soldiers in the Six-Week War. Tanks, artillery and air defense systems were bombed by UAVs in a campaign that demonstrated how these weapons are changing the modern battlefield.

More articles on the Makor Rishon website:
Opinion: The race for the vaccine: Why is Israel left behind?
In the shadow of tensions in the coalition, the Judicial Selection Committee will convene
– Research: The public obeys Corona’s limitations even without trust in the leadership

The expanding array of such cheap aircraft gives countries powerful air power at a minimal cost relative to that of a traditional air force. In Nagorno-Karabakh, UAVs changed the balance in the conflict, leaving Armenian ground forces completely exposed. Last Tuesday, after 44 days of fighting, Armenia agreed to a ceasefire in harsh conditions to end the fighting in the Armenian enclave on Azerbaijan’s borders.

In Azerbaijan, assault videos were posted daily on the Defense Ministry website, and even projected on large screens in the capital Baku. In the Armenian capital, Yerevan, thousands of protesters gathered last Wednesday to demand that Prime Minister Nicole Pashinian resign because he agreed to a deal that would allow a 2,000-member Russian peacekeeping force to enter the disputed territory while Azerbaijan regained territory it lost in the 1990s war with Armenia. .

The deal came only after Azerbaijan conquered the city of Shosha, located above the capital of Nagorno-Karabakh, Stefankart. As Azerbaijani fighters advanced toward Shosha, a spokeswoman for the Azerbaijani army released horrific videos of UAVs destroying enemy forces in the trenches.

Unmanned and armed aircraft have become more important in the war since the Pentagon first operated the UAV “Predator” in Afghanistan following the September 11, 2001, missiles. Libyan civilians, but the war in Nagorno-Karabakh has become perhaps the strongest example that small, cheap UAVs can change the scale of the conflict, emphasizing the vulnerability of sophisticated weapons systems — even tanks, radars, and surface-to-air missiles — as long as they have no defense systems. Against such unmanned aircraft.

Azerbaijan used its UAV fleet – purchased from Israel and Turkey – to locate and destroy Armenia’s weapons systems in Nagorno-Karabakh. The Armenian line of defense was broken, and air defense systems – many of them Soviet and outdated – did not help the defense.

The loss of the mostly Armenian enclave in Azerbaijan was a humiliating loss to the Azeris in the 1990s. A long process of negotiations mediated by the US, France and Russia failed to bring about a settlement. Armenia contented itself with a status quo, as it controlled the territory, but the frustrated Azerbaijan used its oil resources in the Caspian Sea to finance the purchase of weapons, including a fleet of Turkish and Israeli UAVs. . When the fighting broke out on September 27, the documentation of the attacks provoked popular support for the war, and the concealment of the loss of civilians prevented a civil protest against it.

“It’s pretty clear that Azerbaijan was preparing for this war,” said Tom de Val, a Caucasus expert at the Carnegie Peace Foundation. “Azerbaijan has decided it wants to change the status quo, and the decisive factor in the conflict has been Turkey’s intervention on behalf of Azerbaijan. They seem to have coordinated the war effort between them.” The Armenians “had enormous losses,” according to de Val: “It is possible that about a third of the Armenian armor was destroyed. It was clearly a critical factor in taking over the territory.”

The Azeri UAVs overthrew the Armenians, who also suffered from the corona plague alongside the military defeat. Armenia and Nagorno-Karabakh said they had no choice but to sign a ceasefire to prevent the loss of life and more territory.

At the beginning of the war, Azerbaijan used 11 old, slow U-2s converted into UAVs and sent them to fly over Nagorno-Karabakh as bait to Armenia’s air defense systems. The shooting exposed air defense positions, and the forces attacked UAVs and destroyed UAVs.

According to Stein Mitzer, an analyst at the Orix blog dealing with the military, both sides have claimed military achievements, but the analysis of the video footage can confirm the claims. Photographs and videos show the casualties of the Armenians in about 185 tanks, 90 armored combat vehicles, 182 artillery vehicles, 73 rocket launchers, 26 surface-to-air missile systems, 14 radar or radar jammers, a single Sukhoi warplane, four single-wheeler “Water and 451 military vehicles. Azerbaijan, on the other hand, lost 22 tanks, 41 armored vehicles, one helicopter, 25 skimmers and 24 vehicles.

The Nagorno-Karabakh leader, Araik the Rotonian, said last week that the entire region would have been occupied “within days” if the fighting had continued. Malcolm Davis, a senior analyst at the Australian Policy and Strategy Institute, wrote on the Real Clear Defense website that UAV systems such as the Israeli “Kamikaze” will become more common as technology improves and costs fall.

These were the details of the news The decisive tool in the Nagorno-Karabakh war: the UAV for this day. We hope that we have succeeded by giving you the full details and information. To follow all our news, you can subscribe to the alerts system or to one of our different systems to provide you with all that is new.