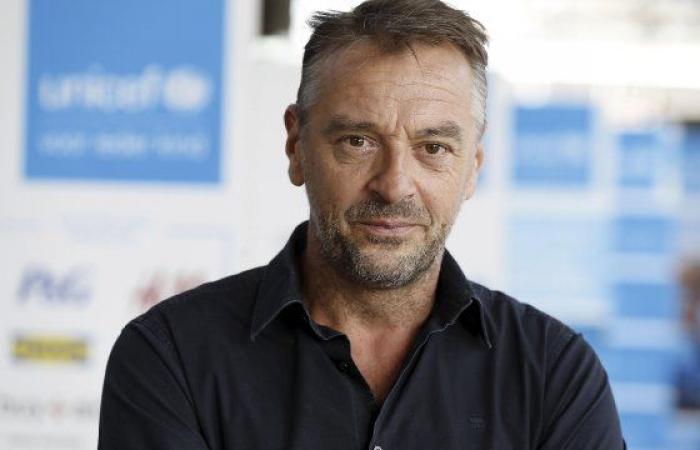 The Antwerp financial group CIM Capital has collected 50 million euros. The aim is to invest in companies in difficulty in order to realize a turnaround. Marc Coucke and BV Tom Waes, among others, co-invested.

In the United States, celebrities have been investing in (hip) companies or venture capital funds for some time. Think of Oprah Winfrey at WW (ex-Weight Watchers), Madonna at Vita Coco (on the side of the AB InBev family de Spoelberch) or the actor Ashton Kutcher, who emerged as a venture capitalist in Silicon Valley.

In Flanders it is a rarer phenomenon – or it remains completely under the radar. With a few exceptions: the footballers Nicolas Lombaerts and Tom De Sutter invested in the venture capital fund Vectis, as did the Woestijnvis duo Wouter Vandenhaute / Erik Watté. They also gave the venture capitalist Hummingbird money.

Marc Van Hool, CEO of CIM Capital and member of the bus family of the same name, and his three partners have already raised 50 million euros. They are aiming for 75 million euros. The CIM Capital team also invested. In addition to Van Hool, these are Jan Peeters (former financial director of Omega Pharma and Fagron), Erik Verkest (ex-investment banker at Petercam and Degroof Petercam) and Bart Onderbeke, an interim manager with a long track record. Verkest will lead the fund.

The foursome wants to use the new fund to take stakes in companies in difficulty. ‘Economic thunderclouds already appeared on the horizon in 2018 and 2019 and an economic slowdown announced itself. Even without the corona crisis, companies would have run into difficulties, ‘says Verkest. ‘The impact of that crisis will be enormous.’

Van Hool adds the figures to the Graydon company database. A survey in March showed that a quarter of Belgian companies had insufficient resources to absorb three months of lost revenue. They also had a lower financial buffer than is necessary in their sector.

The new fund has already raised 50 million euros, but is aiming for 75 million.

The CCNR fund targets companies with headquarters in Belgium that already have an established product and that have a turnover of more than 10 million euros. The fund will invest a maximum of 10 million per file. ‘These are companies that have been destabilized by a disruptive event, whose turnover took a serious blow and where profitability has shrunk,’ explains Van Hool.

The fund’s sectoral focus is broad. ‘We will look at dossiers in the retail sector as well as in the wholesale, manufacturing and food sectors’, says Peeters. Purely theoretically, a file such as that of the restaurant chain Lunch Garden – a company with a lot of debts that got a major corona blow – can qualify.

The fund already has a first participation with Veritas. It took over part of CIM Capital’s stake in the sewing and fashion chain. CIM Capital took over Veritas over a year ago – after a relaunch via a debt restructuring – with two co-investors from the retail sector: Erwin Van Osta (Hubo) and Walter Van Gastel. For the investments of the CCR fund, we are also looking for co-investors who have nothing to do with CIM Capital and who have expertise in the sector of the company at which the arrows are aimed.

After a turnaround, it is not our intention to realize a growth trajectory with the companies in which the fund invests.

Together with the management of the companies involved, the fund wants to develop measures to reduce costs and introduce adequate financial reporting and a clear strategy so that confidence grows again among customers, suppliers and banks. And so that turnover and profitability increase again in a second phase.

‘As soon as that process is over and profitability is back, we will prepare everything for divestment, because we do not intend a growth process afterwards (buy and build in professional jargon, ed.) to be realized with those companies, ‘says Onderbeke.

These were the details of the news Tom Waes and Marc Coucke help companies with turnaround for this day. We hope that we have succeeded by giving you the full details and information. To follow all our news, you can subscribe to the alerts system or to one of our different systems to provide you with all that is new.