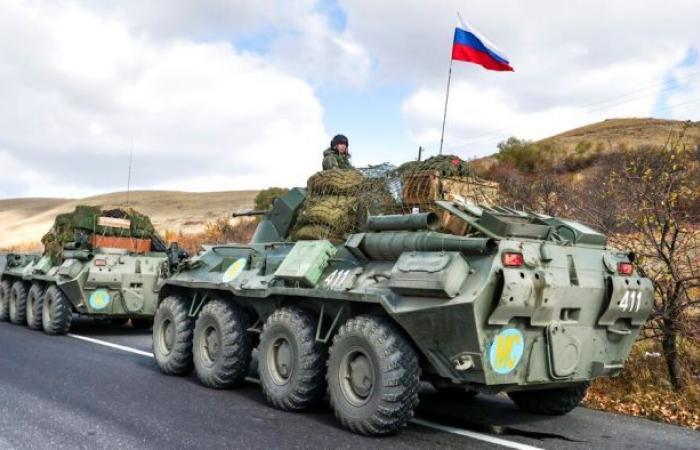 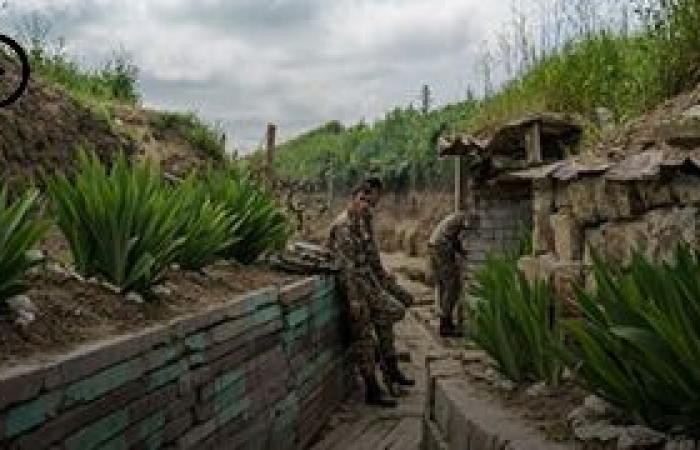 Bodies of Armenian soldiers were seen on a mountain road in Nagorno-Karabakh as Russia is working to negotiate the deployment of United Nations personnel in the disputed region.

Russia is unilaterally deploying nearly 2,000 soldiers – along with tanks and other armaments – to secure a ceasefire agreed this week after a six-week war over the ethnic Armenian enclave in Azerbaijan.

Russian border guards have set up five posts in Nagorno-Karabakh, two of them on the border with Iran, said Alexander Bortnikov, the head of the Russian security service on Friday (local time).

Warning: This story contains haunting symbols, as well as descriptions and images of the war.

Russian units have now seen some of the devastation – a unit, escorted by Reuters reporters from the Armenian border, drove past around 100 dead Armenian soldiers scattered along the roadside.

A soldier was lying in the middle of the road as the convoy worked up a hill.

Cars and delivery vans pierced with shrapnel lay on the side of the road, a burned-out tank and other damaged military vehicles.

Several bodies had slumped in a bullet-riddled military ambulance.

One of the dead legs was bandaged, another dead man had tourniquet.

Several roadside tombstones were damaged and some of the bullet-riddled vehicles bore graffiti, including swastikas and a reference to a bloody outbreak of ethnic violence against Soviet-era Armenians in what was then the Soviet Republic of Azerbaijan.

It wasn’t clear who had left the graffiti.

More than 4,000 people, including civilians, were killed on both sides. 8,000 wounded and tens of thousands were displaced from their homes, Russian President Vladimir Putin said on Friday.

Russia on Tuesday signed a ceasefire that secured Azerbaijan territorial advances in the Armenian region within Azerbaijani borders, where Azerbaijani troops have fought ethnic Armenian forces for the past six weeks.

Moscow negotiated the ceasefire with no other partners in an international group that monitored Karabakh – the United States and France – and said they would examine the agreements.

How Nagorno-Karabakh became such a contested area 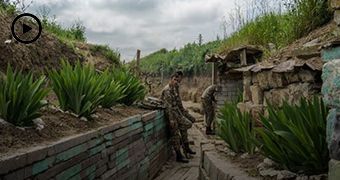 Nagorno-Karabakh rarely receives coverage, but it has the potential to turn the South Caucasus into a war zone. Rear Vision traces the history of the contested area.

Russian Foreign Minister Sergei Lavrov said the United Nations would primarily deal with humanitarian issues related to the settlement of people displaced from their homes by the conflict.

He said the Russian Emergency Ministry is ready to send a group of 150 rescue workers and 17 pieces of equipment to the region.

The exchange of the bodies of those killed began on Friday, wrote Arayik Harutyunyan, leader of Nagorno-Karabakh, on his Facebook page.

The exchange is coordinated between Russian peacekeepers, the International Committee of the Red Cross and the Nagorno-Karabakh ambulance service.

Lavrov said he had briefed France and the US about the ceasefire agreement signed between Russia, Armenia and Azerbaijan.

The deal sparked protests calling for the resignation of Armenian Prime Minister Nikol Pashinyan in the Armenian capital, Yerevan, where hundreds of protesters gathered for a fourth day on Friday and sang “Nikol is a traitor!”

Nagorno-Karabakh is internationally recognized as part of Azerbaijan, which now joins eight other former Soviet republics in which Russia has a military presence.

Moscow already had military bases in five neighboring states and troops in regions that have separated from three others.

These were the details of the news After the aftermath of Nagorno-Karabakh, bodies and burned-out cars line the... for this day. We hope that we have succeeded by giving you the full details and information. To follow all our news, you can subscribe to the alerts system or to one of our different systems to provide you with all that is new.