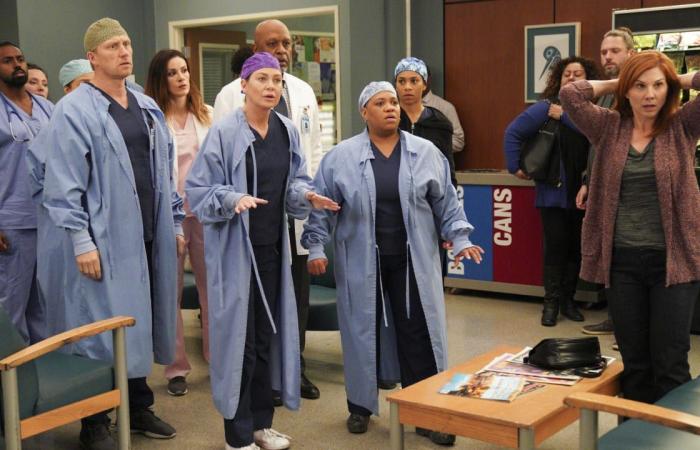 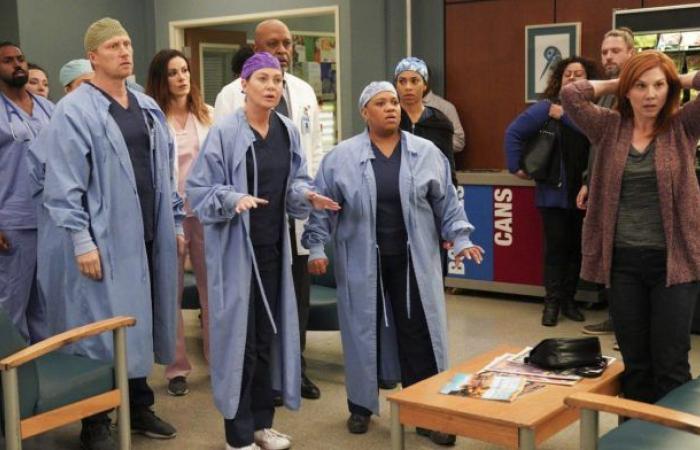 The doctors in Grey’s Anatomy have been saving the lives of Seattle’s citizens for 15 years. Nevertheless, the series endurance runner still knows how to surprise.

At the start of the 17th season – the first episode aired on Thursday in the USA – it knocked the fans of the hospital show off their sofas: A star from the first hour returned!

Don’t read any further if you don’t want to miss the surprise at the start in Germany (probably spring 2021 on ProSieben)!

In the last seconds of the 364th episode in total, it happens: Chief Physician Meredith Gray (Ellen Pompeo) is walking along a picturesque beach, suddenly someone calls her: none other than Patrick Dempsey (54) enters when Dr. Derek Christopher Shepherd takes the stage – five years after leaving “Grey’s Anatomy”!

After the 11th season, the emergency room drama had to do without Meredith’s husband. A big change for the show, but the actress Pompeo moved all the more into the spotlight.

Especially crazy: Demspey’s Dr. Sheperd died in a car accident in season 11! So how can he be back now?

The explanation: The mentioned final scene is a dream sequence by Meredith. She previously passed out in the parking lot in front of her Gray Sloan Hospital.

Even if “Mc Dreamy’s” return is ultimately not real: There was no stopping long-time “Grey’s Anatomy” fans, after all, nobody expected such a blast.

In times of Twitter and Co. it’s almost a miracle that it remained a secret until it was broadcast. Show boss Krista Vernoff revealed on Twitter that evening: “Most of the actors didn’t know. Not even some of the authors. Not even the good people from the studio and from the broadcaster. It’s so fun to see when everything dissolves. “

How did the mega reunion with Dempsey come about? “I asked him if he would ever consider coming back and being part of the story,” Ellen told Pompeo „Deadline“.

It was also important for those involved to send a message. Because in the new season, the doctors are fighting the corona pandemic, as in reality.

The show not only honors the commitment of everyone who lends a hand in the crisis, social interaction also plays a role. “I think it can help a lot and heal wounds for so many people,” Dempsey said.

He and his film partner have houses in the California beach paradise Malibu. Accordingly, the idea for the comeback came while walking together, even if Pompeo and Dempsey had not spoken for a long time.

“We haven’t spoken to each other since he left the show,” said Pompeo 2018 on a talk showwhen Dempsey had left three years ago. “I’m not angry with him, he’s a wonderful actor and together we made the best television there is.”

The reunion was all the nicer. Pompeo to “Deadline”: “It felt great. Patrick and I have this chemistry that I think, even at our very first meeting, it was kind of like we’d known each other for 100 years and now it was that way again. “

*The article has been translated based on the content of Source link by https://www.bild.de/unterhaltung/tv/tv/greys-anatomy-wahnsinn-mit-diesem-comeback-rechnete-keiner-73921634.bild.html
. If there is any problem regarding the content, copyright, please leave a report below the article. We will try to process as quickly as possible to protect the rights of the author. Thank you very much!

These were the details of the news “Grey’s Anatomy” madness: Nobody expected THIS comeback! – TV for this day. We hope that we have succeeded by giving you the full details and information. To follow all our news, you can subscribe to the alerts system or to one of our different systems to provide you with all that is new.