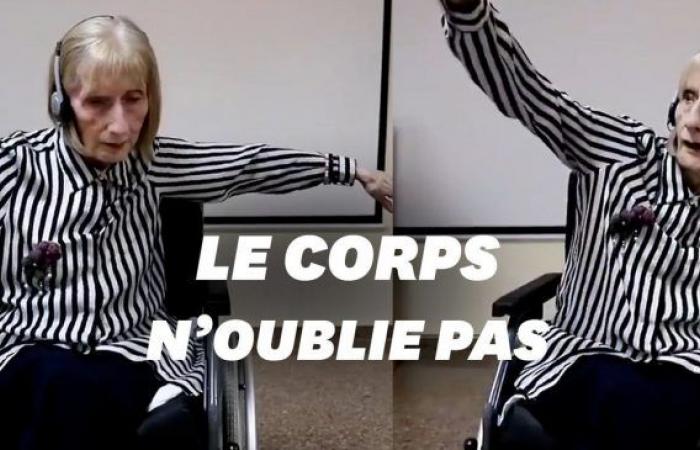 DANCE – When the body’s memory works miracles. This former dancer affected by Alzheimer’s disease moved Internet users with her interpretation of Tchaikovsky’s famous Swan Lake ballet. Produced in 2019, the video was honored on November 8 by Spanish singer Alfredo Tejada, and has been viewed more than 4 million times.

In the 1960s, Marta Gonzales would have been a ballerina in the classical and modern dance company in New York. In 2019, the Spanish association “Música para despertrar” which works for the musical awakening of Alzheimer’s patients, visits him in a retirement home in Valencia and captures this video, to discover at the head of this article.

On her wheelchair, the former dancer immediately seems to recognize the oboe solo from “Swan Lake”. She feels her hands moving mechanically on her familiar tones, withdraws, then agrees to let herself be carried by the music.

The more the music progresses, the more Marta Gonzales seems to reproduce the steps she had to repeat so much, almost 60 years ago. Little by little, she focuses on the way she carries her head, the rigor of her gestures.

Completely implicit, this phenomenon of automatic motor skills has a name, procedural memory. It is both resistant to time, but also to disease, especially neurodegenerative such as Alzheimer’s.

A few days after the publication of this video last year, Marta Gonzales passed away.

See also on The HuffPost: Survivor of a plane crash, Dorine Bourneton tells how she became an aerobatic pilot

*The article has been translated based on the content of Source link by https://www.huffingtonpost.fr/entry/atteinte-dalzheimer-cette-ancienne-ballerine-na-pas-oublie-la-danse-du-lac-des-cygnes_fr_5faa5c12c5b66009569e0baf
. If there is any problem regarding the content, copyright, please leave a report below the article. We will try to process as quickly as possible to protect the rights of the author. Thank you very much!

These were the details of the news Affected by Alzheimer’s, this former ballerina has not forgotten the dance... for this day. We hope that we have succeeded by giving you the full details and information. To follow all our news, you can subscribe to the alerts system or to one of our different systems to provide you with all that is new.