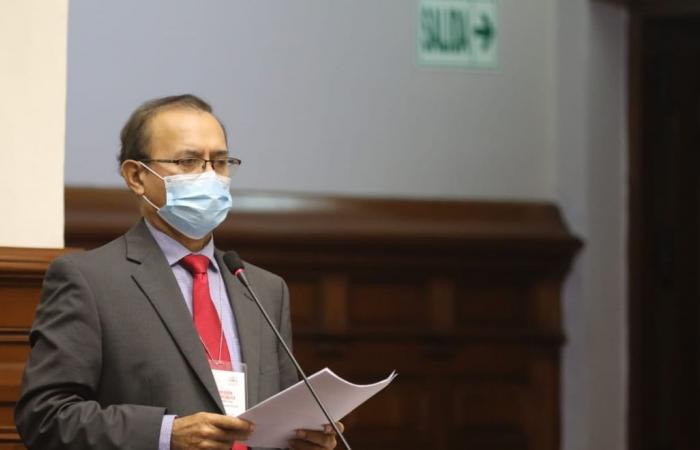 After President Martín Vizcarra attended the Plenary of Congress to exercise his defense for the motion of vacancy for “permanent moral incapacity”Filed against him, the benches are still defining their votes.

This is the case of Popular Action and Podemos Peru, which will still talk and negotiate about the response they will give in Parliament, to determine whether the head of state will continue in office or will have to retire.

The Popular Action bench is divided. This was revealed when the spokesman for the political group, Otto Guibovich, stated that the majority will vote in favor, since some do not seem to be aligned with the group conviction.

In turn, the congressman Aaron Espinoza of Podemos indicated that he will vote in favor of the presidential vacancy, however, he will still meet with his bench to define the general position, as he affirmed that they will vote en bloc.

“My position is in favor, but we will listen to the other parliamentarians and then cast our vote jointly as we always do”, He confirmed.

In addition, he said that the chats broadcast in the reports of last Sunday, November 8, “clarify the panorama in reference to what effective collaborators have said.”

Likewise, he specified that the president has not responded about the veracity of the published chats, so it was not clear to him his participation in the acts that involve him.

On the other hand, the congressman Daniel Olivares from the Purple Party welcomed President Martín Vizcarra’s speech and stressed that he had done mea culpa, as well as his call for unity.

“It is not the Congress that has exclusive responsibility for the confrontation, there are two parties here that have not been able to work together and that the president makes a mea culpa seems important to me,” he said. Olivares.

He added that the Legislative should ensure that there is no interference in the investigations of the head of state, so that the results “come to fruition.”

It should be remembered that the Purple Party bench indicated that they would vote against the presidential vacancy.

Subscribe here to the newsletter Politics The Republic and receive daily in your email the most outstanding news of the issues that mark the national agenda.

These were the details of the news Presidential vacancy: Popular Action and Podemos Peru define their votes for this day. We hope that we have succeeded by giving you the full details and information. To follow all our news, you can subscribe to the alerts system or to one of our different systems to provide you with all that is new.