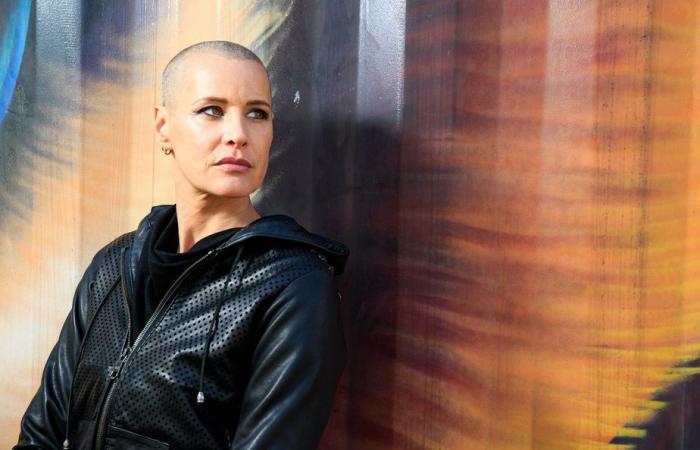 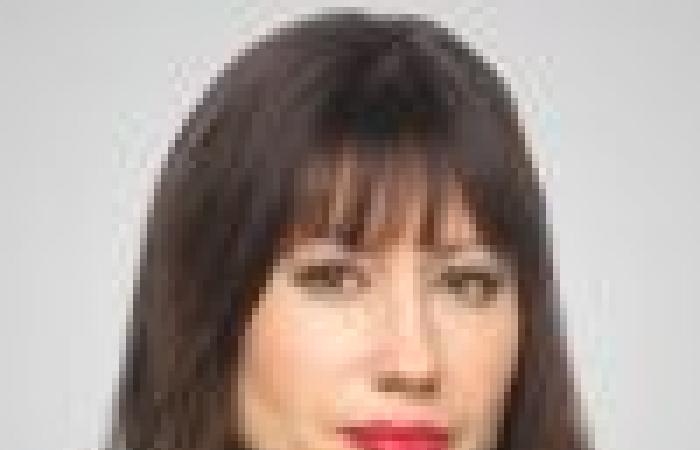 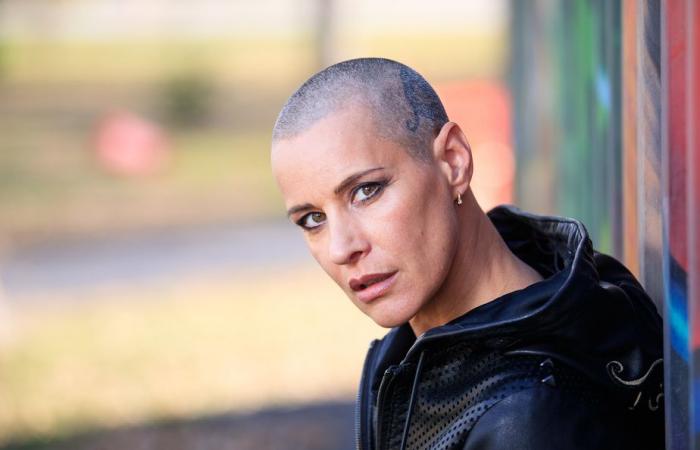 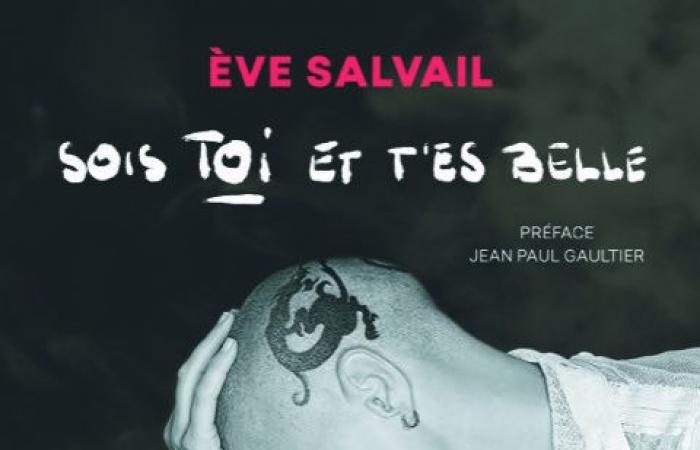 With his autobiography Be you and you are beautiful, Ève Salvail delves into her memories and opens up in all vulnerability on her life as a top model on international gateways, tackling sensitive subjects such as her dependence on alcohol. A liberating act for the one who made herself known as “the first model with a shaved head”.

When you read this fascinating life full of color and emotions, there is no doubt: the existence of Eve Salvail is not a long quiet river. “Quiet? I do not know this word ! “, Launches at the end of the line the one who was a model, but who is first and foremost an artist at heart who expressed herself during her life with different means such as singing, drawing, as as a DJ or designer.

Throughout the pages of this autobiography dotted with her drawings and testimonies from people who have known her at various times, she reveals the underside of her profession, but also of her personal life, she who has paraded for the biggest houses of couture, including Chanel and Versace, and who has frequented the greatest couturiers, models and stars, including Jean Paul Gaultier. The latter kind of brought her into the world after seeing a photo of her on the streets of Montreal and hiring her, without even having met her, for her show at Paris Fashion Week.

Gaultier also signs the preface to this work entitled Be you and you are beautiful, testimony to an interior transformation that has taken place at Salvail for several years. “It was difficult at first to open up, because I spent my life looking beautiful and being silent,” she explains. But when I understood where I needed to go, it became a great exercise in introspection. ”

Conveying her memories and talking to her loved ones reminded her of the beautiful as well as the ugliest. “It really brought me back to the gratitude to be here today, to be alive and out of my alcoholic basement”, launches with frankness a now sober Eve Salvail, who recounts in particular her years of alcohol addiction, abstinence and hard relapse in his book. “You have to ask for help,” she advises. I had a hard time doing it for a long time, but now I know that no one is going to slap me on the fingers if I hold out my hand, but rather that they will get me out of the water, the quicksand. ”

It is the lectures that she has been giving in recent years around the failure that planted the seeds of this book project. “People often think that celebrities, people who have been very successful, everything is given to them, everything is beautiful. But while we smile, it’s the storm inside. ”

Armed with his pen, Salvail says “the real business”. From the outset, she wrote in the introduction to the book, entitled “In my heads”, that all her life, she created characters, “to survive, to avoid [se] to reveal, to be strong, not to be afraid, to establish a distance… ”, and presents them in turn: the main character, Eve Salvail, a public figure, capable of cutting herself off from the world and who knows how to strike a pose so well , “Which I am trying to get rid of by writing this book”, but also the alcoholic Eve, the clown, the punk, the injured child …

She looks back on her childhood, presents “the little girl from Matane” who was adopted, a situation which profoundly changed her relationship to the world and to herself, and of which she dragged the weight for a long time, until she meets her biological mother. She also talks about her happy childhood, where her adoptive parents, whom she adores, allowed her to give free rein to her creativity and her imagination.

Eve Salvail was born with hip dysplasia that could have prevented her from walking, which is quite ironic, she points out, as she made it her profession. Moreover, the English expression ” against the odds » (against all odds) sums up her career quite well, she who thwarted all odds, whether as a marginal punk who won the photogenic prize at the Miss Wink contest , or by becoming the first model with a shaved head – and tattooed – to parade on international catwalks, an obsession she had and from which no one has ever been able to divert her.

All of my accomplishments started with closed doors, but I never wanted to take the easy road. Even if you give me a beautiful asphalt road, for sure I will always take the one in garnotte with branches and mud!

She also recounts her first disastrous experiences as a DJ – “I really drained clubs in New York! She laughs – and also her failed attempt to launch a brand of hoodies luxury by being shut the door in the face by the Reitmans and Simons of this world, a project that she finally realized with the designer Pascal Labelle.

By engaging in this way, Salvail plunges into her depths and gives access to what swarmed under the surface of things as she lived a glamorous existence envied by all. She tells straightforwardly about her toxic love relationships, her homosexuality, her pitfalls, her fears.

All the while, I was trying to float in the ocean of life without letting the muscles in my body relax. […] I was too restless to go with the flow and struggled to understand why I was constantly diving below the surface.

Extract of Be you and you are beautiful, by Eve Salvail

The metaphor of water runs through the book, an element that occupies a great importance in the life of Eve Salvail, she who was introduced very young to diving in the lakes that her father, Reno, had dug behind their house. .

She also says that these moments of serenity and calm were for her a refuge that it was enough to evoke to weather the storms. “Water is my safe place. Being underwater is so wonderful! ”

It is also there that the “little girl of Matane” was hiding all these years, who, thanks to this book and to the road traveled, can finally exist in full light.

Ève Salvail participates in the Confidences section of the Montreal Book Fair with Geneviève Borne. Everything will be broadcast for free on the event’s web platform on November 14 at 7:30 p.m.

> Consult the event page on the Salon du livre website

Be you and you are beautiful, Ève Salvail, Éditions de L’Homme, 256 pages

These were the details of the news Eve Salvail: below the surface for this day. We hope that we have succeeded by giving you the full details and information. To follow all our news, you can subscribe to the alerts system or to one of our different systems to provide you with all that is new.