The solar system may have an ice giant planet | ... 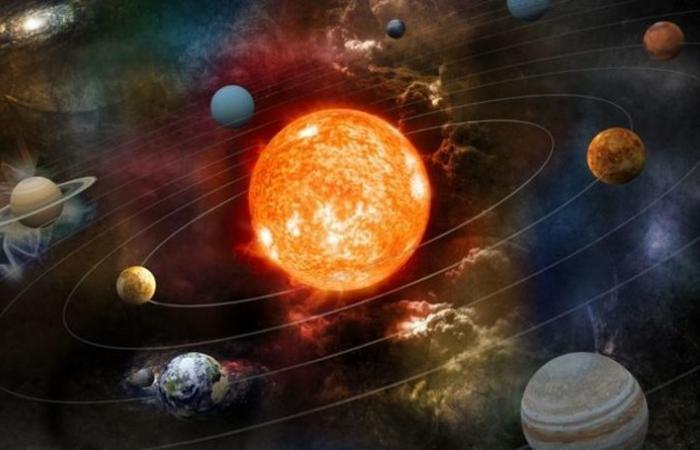 Researchers have found evidence that there was once another ice giant like Neptune, sitting between Saturn and Uranus on the edge of the solar system. This would mean there might have been nine planets in the solar system, or ten if you include Pluto before it was downgraded to a dwarf planet in 2008.

The sun was once surrounded by a disk of gas, dust and stones.

Over billions of years the debris accumulated to give us the planets we know today.

The more massive planets like Jupiter, Saturn and Neptune, however, played a gravitational tug of war and gave way to the order of the solar system.

Now researchers at the Carnegie Institution for Science ran more than 6,000 computer simulations to show what the solar system looked like before the planets took their positions.

Matt Clement, postdoctoral fellow at Carnegie, said, “We now know that there are thousands of planetary systems in our Milky Way alone.

“However, it turns out that the arrangement of the planets in our own solar system is highly unusual. We therefore use models to reverse engineer and replicate the creation processes.

“It’s a bit like trying to find out what happened in the aftermath of a car accident – how fast the cars were going, in which directions, and so on.”

Through their simulations, the team discovered that the final arrangement of Uranus and Neptune, the two planets on the outer edge of the solar system, was determined by the Kuiper Belt – a circumstellar disk of planetary debris and comets.

Research also showed that the Kuiper Belt helped “eject an ice giant” that was ejected when the solar system was still forming.

Not only did the team help discover a potentially lost world, but the research could be used to look for life on other planets.

Dr. Clement continued, “This shows that while our solar system is a bit strange, it has not always been the case.

“Having established the effectiveness of this model, we can also use it to study the formation of terrestrial planets, including our own, and possibly inform our ability to look for similar systems that might have the potential to do so elsewhere. to house life. ”

These were the details of the news The solar system may have an ice giant planet | ... for this day. We hope that we have succeeded by giving you the full details and information. To follow all our news, you can subscribe to the alerts system or to one of our different systems to provide you with all that is new.