The Fallacy of Guilty Rape 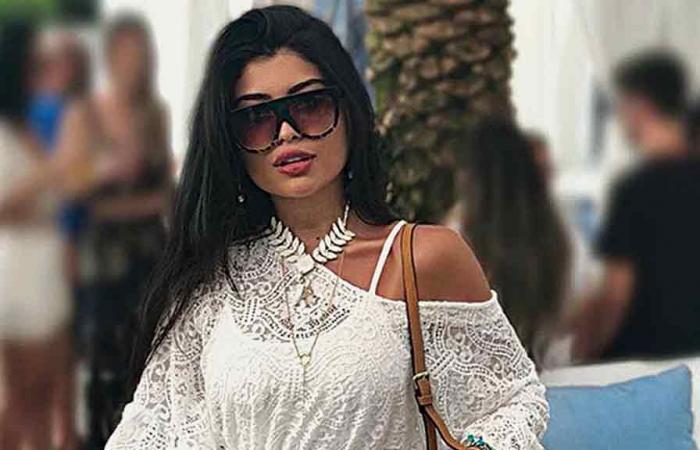 The process of the digital model and influencer Mariana Ferrer is one of the greatest nonsense of Brazilian justice in recent times. Mariana says she was raped by businessman André de Camargo Aranha at the Cafe de La Musique beach club in Santa Catarina in 2018, when she was 21 years old. At the trial of the case last week, however, there was a complete reversal of values ​​and a likely victim of sexual violence came to be accused of being a persistent liar. Aranha was acquitted and the dignity of the model outraged: once again the law enforcement officers placed a raped woman in the guilty position. The case shocked the country after the website The Intercept released images of the young woman being humiliated during the hearing.

“Mariana Ferrer’s audience scenes are appalling. The justice system must be a welcoming instrument, never of torture and humiliation ” Gilmar Mendes, STF minister

In the video, the victim is continuously offended by the defense lawyer, Cláudio Gastão da Rosa Filho, who went on to say “I ask God that my son does not find a woman like you” while using personal photos of the young woman to question the rape. Nobody scolded him. The victim claims that she was a virgin until then, a fact also contested by Gastão. “Is your livelihood the disgrace of others? Manipulate this virgin story, ”said the defendant’s lawyer. Again, no one scolded him. Without defense and stunned by the offenses the young woman starts to cry. “I would like to respect you, Doctor, Your Excellency, I am begging for respect, at the very least,” cried Judge Rudson Marcos. “Neither the accused nor the murderers are treated as I am being treated,” he added. Criticized by experts, the case is being investigated by law enforcement agencies, which demand explanations from the lawyer and Rudson Marcos.

“With respect to the case of Mariana Ferrer, the treatment given to the victim at the hearing by all legal operators is inadmissible, of which the duty of urbanity is required, deserving an evident investigation of the ethical facts”, says criminal lawyer Roselle Soglio. The horror show continues with the actions of prosecutors who were supposed to defend the defendant, but became executioners. During the process. Alexandre Piazza, the first prosecutor in the case, denounced André Aranha for ‘rape of the vulnerable’ based on evidence like his genetic material found in Mariana’s dress. The defendant’s defense appealed and overturned the injunction in the second instance. Shortly thereafter, Piazza voluntarily left the process to take on another prosecution, being replaced by Thiago Carriço de Oliveira. The new magistrate considered the jurisprudence displayed by the defense and pointed out the accused’s lack of intent (intent). Mariana claimed that she was drugged on the night of the rape, but the defendant’s defense countered the charge by stating that there is no evidence that the victim was beside himself. Gastão points out that “it was attested that both were in perfect cognitive capacity”, according to expert examinations. For the criminal lawyer and professor at Mackenzie, Rodrigo Felberg, it is a criminal act “to maintain carnal conjunction with an alcoholic or drugged woman, with no resilience”. “Although there is no violence, it is rape of the vulnerable,” he said.

The Intercept website ‘translated’ the justification of prosecutor Thiago de Oliveira using the expression ‘culpable rape’, when there is no intention to rape. Although the term has become popular, it was not used by the prosecutor, since it does not exist in the Penal Code. In this case, the “absence of overwhelming evidence” determined the defendant’s innocence. For several jurists, the case should focus on the victim’s drama. Nothing justifies the disrespect given by Claudio Gastão, nor the omission of Judge Marcos. The National Courts of Justice (CNJ) opened a disciplinary procedure to deal with the judge’s conduct during the hearing, as he allowed the lawyer Cláudio Gastão to humiliate Mariana Ferrer. In addition, the treatment was criticized by bodies such as the Brazilian Bar Association (OAB), the Santa Catarina Court of Justice, the National Association of Public Prosecutors (ANPR) and even by the Minister of the Supreme Federal Court (STF), Gilmar Mendes. “The scenes in Mariana Ferrer’s audience are appalling,” he said via Twitter. Criminalist Rodrigo Felberg adds that “if the hearing were being chaired by a judge, the victim would not have been treated that way”. The case is being analyzed by several public agencies, but, for now, the decision to clear André Aranha has not changed.

+ Cinema, sex and the city

+ Art and algorithm: A genealogy

These were the details of the news The Fallacy of Guilty Rape for this day. We hope that we have succeeded by giving you the full details and information. To follow all our news, you can subscribe to the alerts system or to one of our different systems to provide you with all that is new.

PREV Queen Elizabeth and Britain to bid farewell to Prince Philip
NEXT COVID-19 infections approaching highest rates ever, WHO warns