A Libyan source denies the allegations that an agreement was reached... 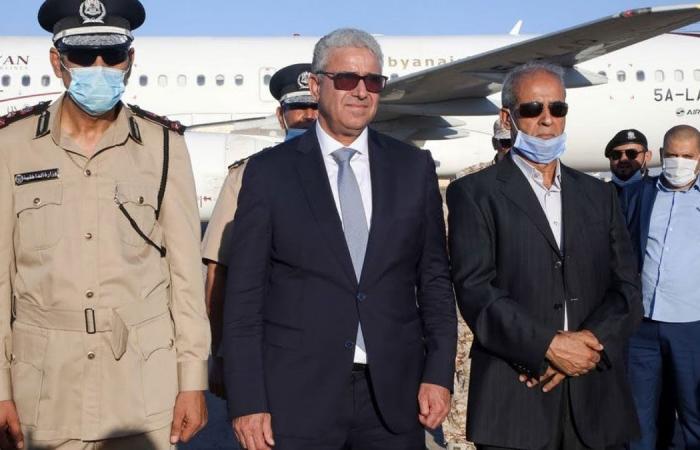 A source in the Libyan National Army denied the allegations circulating about the conclusion of an agreement between the army leadership and the Interior Minister of the Accord Government, Fathi Bashagha, in Cairo, that the latter would assume the presidency of the new government, provided that Field Marshal Khalifa Haftar would lead the army.

The Italian agency “Nova” quoted a source it described as “close to Khalifa Haftar”, saying that “the National Army does not negotiate with individuals, but rather focuses on the discussions sponsored by the United Nations Support Mission in Libya And highlighted by the Ghadames dialogue for the Military Commission 5 + 5

The source added that “the military committee, which has come to be called the Ten Committee, has made an important breakthrough in the negotiations between the Libyan National Army and the Government of National Accord, especially in efforts to strengthen the ceasefire, calm and confidence measures between the two parties.”

He stressed that “these negotiations, which the army started with the Vice President of the Presidential Council, Ahmed Maiteq, seek to achieve security and stability in Libya for wealth and end chaos in the country, and do not seek to share power or negotiate specific positions.”

Allegations had circulated in recent hours that there was an “agreement between the army and Bashagha, through which the latter sought to obtain the position of prime minister, with the aim of controlling the sovereign positions in the next transitional government, with the marshal taking over Khalifa Haftar Army leadership in the unified government ”.

According to these allegations, “informed sources quoted the delegation accompanying Bashagha, that he met with the head of the Egyptian General Intelligence Abbas Kamel and obtained Cairo’s approval to assume the presidency of the new unified government, after agreeing on the main points of dispute.”

Bashagha’s visit to Cairo raised many questions and speculations about the goals and objectives of the visit, especially since it was his first visit.

Analysts believe that Bashagha’s visit to Cairo “comes within the framework of his attempt to find regional support for his candidacy for the post of prime minister of the new government, which will emerge after the Tunis meetings on Libya.”

According to the Libyan political analyst Muhammad al-Amami, “Bashagha’s visit to Cairo aimed at offering to trade off his support as prime minister, in exchange for his party, consisting of several personalities from Misurata, accepting the speaker of the House of Representatives meeting in Tobruk as the new Presidential Council.”

But Al-Amami added in a statement to “Erm News”, that “Egypt will not negotiate with persons, as it is a country with political and diplomatic norms, and it cooperates in the Libyan affairs with many bodies, states and organizations.”

He pointed out that “the point that Bashagha will not be acceptable to Egypt is his proximity to the Muslim Brotherhood, which prevents Egypt’s approval.”

For his part, the expert on Libyan political affairs, Al-Senussi Al-Sharif, said that Bashagha’s goal of the visit was “to try to pressure Egypt regarding the assumption of Aqila Saleh as the presidency of the new council.”

Al-Sharif indicated in a statement to “Erm News” that Bashaga “believes that Aqila Saleh is the man of Egypt in Libya, especially after Egypt adopted an initiative launched by Aqila Saleh.

And security expert Mohiuddin Zakri points out that “the issue of the Muslim Brotherhood’s presence in Tripoli has become more and more clear, with the progress of the current negotiation efforts and the progress in the military negotiations, which will force the politicians to follow the same approach, given that the security problem is the first in Libya. If resolved, it will pave the way for political agreements. ”

Zakari indicated in a statement to “Erm News” that “there are red flags placed on the Brotherhood’s role in Libya, through several influential countries regionally and internationally, including the UAE, Russia, Egypt, and several countries supporting stability in Libya, which do not want official roles in the Council.” The future presidency, and in higher government positions, of members of the Brotherhood or groups related to it.

It is noteworthy that the Interior of Al-Wefaq said that Bashagha’s visit to Egypt “comes within the framework of cooperation between Libya and Egypt, strengthening joint cooperation at the security level, and uniting efforts to confront the threat of terrorism and organized crime,” while nothing official was issued by the Egyptian side.

These were the details of the news A Libyan source denies the allegations that an agreement was reached... for this day. We hope that we have succeeded by giving you the full details and information. To follow all our news, you can subscribe to the alerts system or to one of our different systems to provide you with all that is new.