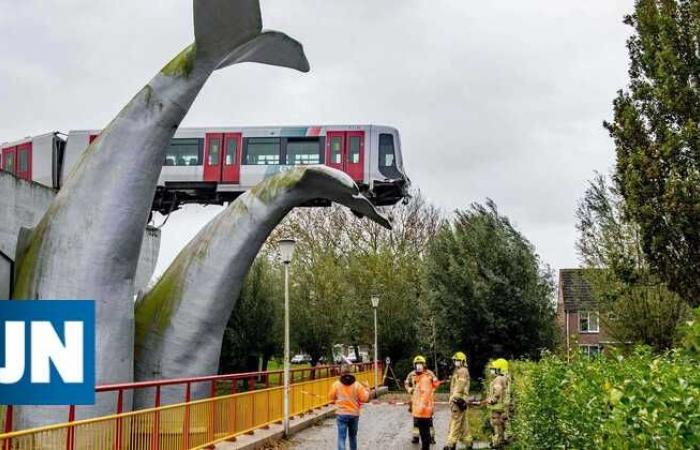 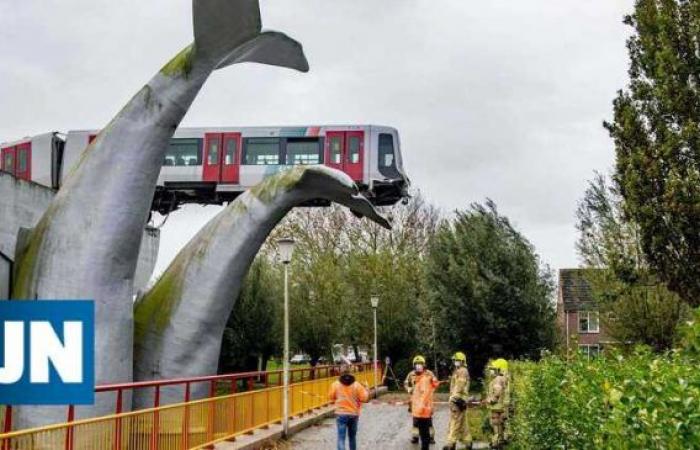 The Rotterdam metro derailed and did not fall into the water thanks to a sculpture in the shape of a whale’s tail, at dawn on Monday.

The metro crashed into the security barriers at the end of the line, at De Akkers station, and stopped only on top of the urban art piece. The incident took place at 12:30 am on Monday in Spijkenisse, just outside Rotterdam, the Netherlands.

The front of the first carriage was supported by the sculpture at about ten meters high. Despite having suffered great damage, the accident did not cause injuries.

The causes of the accident are not yet known.

According to the “Euronews” channel, which quotes a spokesman for the transport company RET, the metro driver managed to get out of the equipment by himself and was transported to the hospital as a precaution. In the meantime, he was detained to be questioned by the police.

These were the details of the news Metro derails in Holland and does not fall off bridge due... for this day. We hope that we have succeeded by giving you the full details and information. To follow all our news, you can subscribe to the alerts system or to one of our different systems to provide you with all that is new.