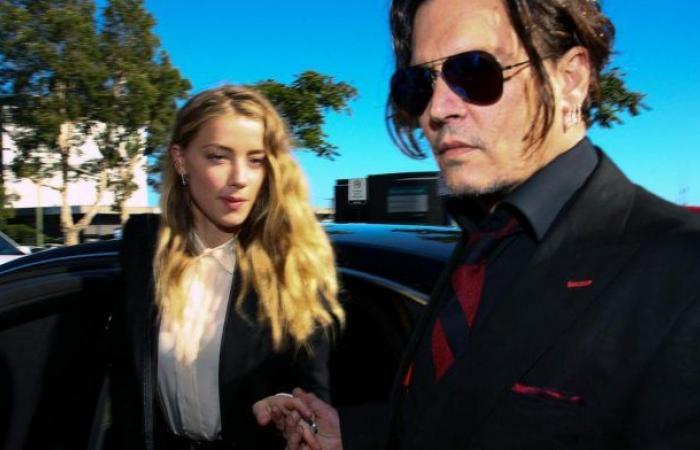 After a spill of gloomy revelations on the private life of the ex-couple formed by Johnny Depp and Amber Heard, the libel lawsuit brought by the actor against the British tabloid must know its outcome Monday.

Depicted as a violent husband by the British tabloid “The Sun”, Johnny Depp will know Monday if he has won his fight in British justice, after an extraordinary libel lawsuit where the excesses of the Hollywood star will have been dissected. Judge Andrew Nicol is due to deliver his judgment at 10:00 a.m. GMT (11:00 a.m. in Switzerland).

By suing for defamation the publisher of the daily, News Group Newspapers (NGN), the actor of “Edward in the Silver Hands” and “Pirate of the Caribbean” intended to wash his honor. But the three-week trial in July at the High Court in London, often in the presence of the comedian and his ex-wife Amber Heard, resulted in a spill of gloomy revelations about their private life, from his drug addiction. to accusations of deception, through excrement found in the marriage bed.

Divorce with a bang

Johnny Depp and Amber Heard met on the set of “Rum Express” in 2011, before getting married in February 2015 in Los Angeles, California. The couple had divorced with a bang in early 2017. The actress then spoke of “years” of “physical and psychological” violence, accusations strongly rejected by Johnny Depp.

The 57-year-old American actor has admitted abuse of drugs and alcohol but claims to have never raised a hand on a woman, supported on this point by the written testimonies of his ex-companions Vanessa Paradis and Winona Ryder, the French singer describing him in a testimony versed in the proceedings as “a man and a kind, attentive, generous and non-violent father”. Johnny Depp accuses Amber Heard of violence in return.

In his plea, the actor’s lawyer, David Sherborne, had asked the judge to “wash the name” of Johnny Depp of these “scandalous accusations” and “false” which led him to initiate this “painful” trial. . His lawyer has methodically emphasized flaws and modifications in Amber Heard’s statements, to discredit the whole story of what he called a “compulsive liar”.

Amber Heard, 34, who had witness status in this trial, meanwhile maintained her statements and lamented that the “most traumatic and intimate details” of her life with Johnny Depp had been exposed in court and “Broadcast around the world”. “I loved him and I didn’t want to lose that (…), his other face was that of a monster, but I always kept the hope that he would detoxify himself”, declared during the trial the actress. of “The Danish Girl” and “Aquaman”.

Relying mainly on the statements of the actress, “The Sun” invokes 14 episodes of violence, all disputed by Johnny Depp. During the trial, the lawyer for the daily, Sasha Wass, crushed the excesses of the actor, “subject to irrational mood swings” when he drank and consumed narcotics.

Johnny Depp embarked on this procedure not without risk for his reputation after more than 35 years of career and an impressive filmography. In any case, he retained the support of many fans, who greeted the star by the dozen by shouting when he left the High Court at the end of the trial at the end of July.

The lawsuit could also damage Amber Heard’s career. “If the Sun loses her case, she could well find herself ostracized by Hollywood,” said Emily Cox, a lawyer specializing in defamation suits, interviewed by AFP in July.

On the other hand, if the newspaper wins, the actress of “The Danish Girl” and “Aquaman” will be “considered a brave knight who has embarked on a crusade against domestic violence”, compared the lawyer. In this case, the consequences for Johnny Depp will be against “catastrophic for his career”, his name remaining “forever marred by these accusations”.

*The article has been translated based on the content of Source link by https://www.lematin.ch/story/depp-contre-the-sun-la-justice-britannique-tranche-979459469090
. If there is any problem regarding the content, copyright, please leave a report below the article. We will try to process as quickly as possible to protect the rights of the author. Thank you very much!

These were the details of the news Trial: Depp vs. The Sun: British justice decides for this day. We hope that we have succeeded by giving you the full details and information. To follow all our news, you can subscribe to the alerts system or to one of our different systems to provide you with all that is new.