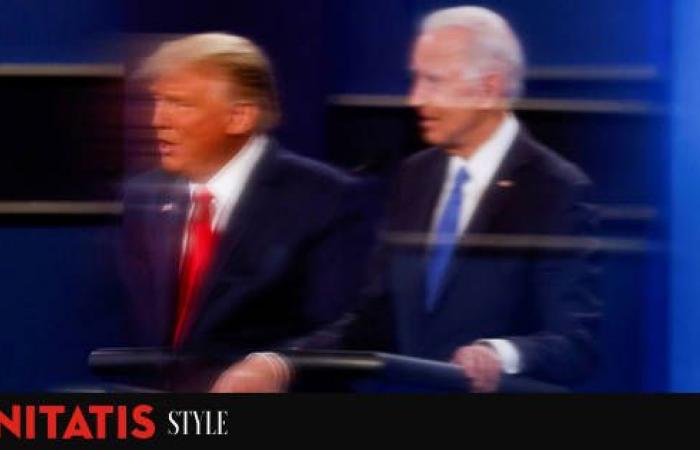 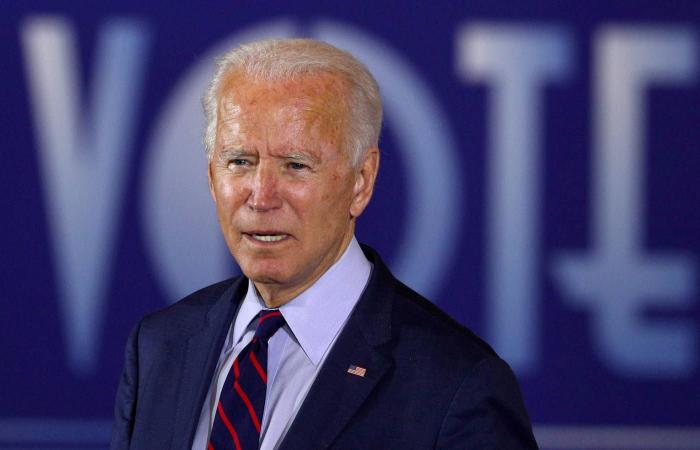 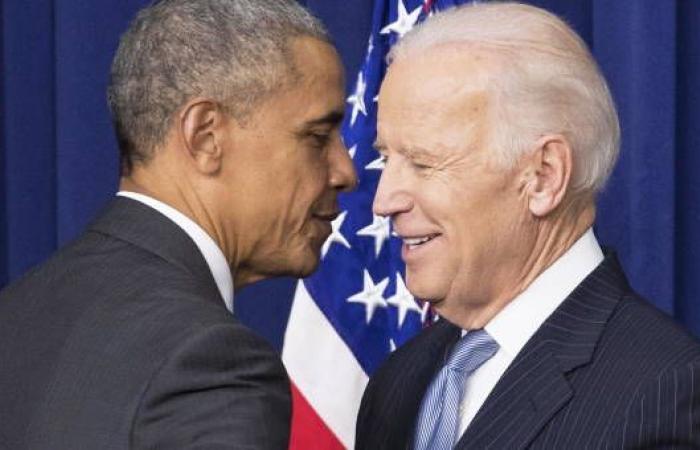 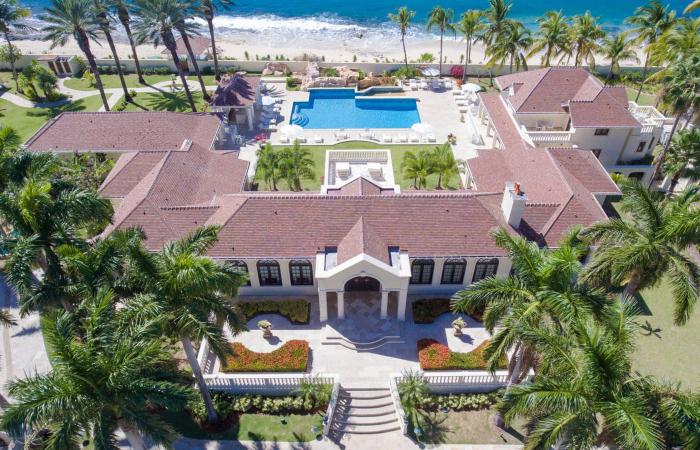 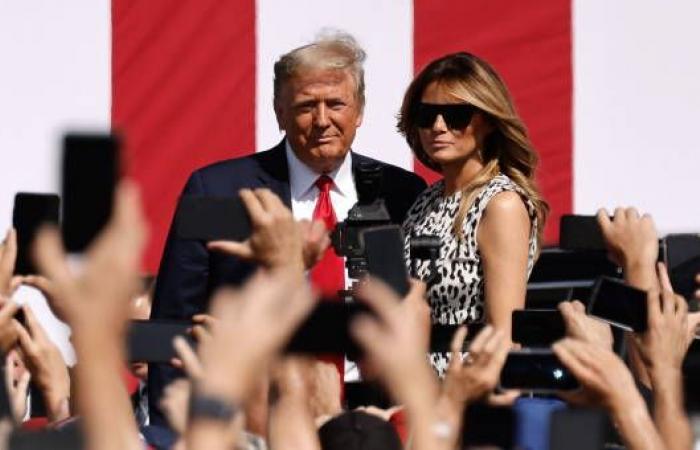 ‘Money talks’ (money talks), they say in the United States. And if the finances of the two candidates for White House have something to say, we can declare from now on Donald Trump He is the great winner of the presidential economic battle. But, beware, all that glitters is not gold, and although the current president of the United States is not as rich as he brags himself, we cannot let it escape that the democrat Joe Biden, who was called ‘middle class Joe’, is not the ordinary person that he claims to be, at least not in terms of heritage.

Interestingly, the income of the Biden family has skyrocketed since Donald Trump came to power and this month ‘Forbes’ signed an article that was titled, “How have the Bidens made $ 16.7 million since leaving the White House?”. There have not been literary contracts as juicy as those of their ‘bosses’, Barack and Michelle Obama, but they have not done badly either: they were not 60 million like them, but the vice and the second lady pocketed 8 million from the Flatiron Books publishing house. Joe spoke of his son’s death on ‘Promise Me, Dad’, and Jill focused on the family’s strong family bond from the point of view of the woman who put the Bidens back together after the tragedy in ‘Where the Light Enters.’

Both were bestsellers. And although the professor was always Jill, with her title of second-in-command from the outgoing president, Biden earned $ 375,000 annually in 2017 for doing a symbolic teaching job at the University of Pennsylvania, a salary that rose in 2018 to $ 405,000. To this must be added that his talks have reached $ 190,000. And that’s how, for the first time, the Bidens made a decent fortune and their estate, after taxes, is now valued at $ 9 million.

Before all this, Biden, who always boasted of having the most modest finances in the Senate, was not really because of a lower salary than the rest, but because he was mortgaged up to the bars, and that was inherited from his father, who did not have very healthy accounts. The Bidens, it must be remembered, came from a good family (their grandfather had made himself of gold thanks to oil), but the bad investments from Joe’s father led the family to ruin.

During his time as a senator, the future vice president liked to buy houses in different parts of the country and today he still has two residences that separate him quite a bit from the reality of the American middle class: the first was the one that, while he was vice president, he rented to the Secret Services at a bargain price (only $ 17,000 per year). It’s a four-acre farm in Greenville, Delaware, and Biden bought it in 1996 for $ 350,000, according to Town & Country magazine. Today it is valued at two million dollars: it is in front of a lake, has almost 650 square meters built and has a spectacular garden. What does bring it closer to the reality of many Americans is that, when his son Beau was diagnosed with a brain tumor, Biden was on the verge of selling it to pay for medical expenses, but he himself Barack Obama advised him against doing so and lent him money from his pocket.

However, despite the fact that the Bidens had the lake near that mansion, in 2017, the year they left the White House, they decided to pay tribute and buy a chalet near the beach in the same state of Delaware, in the town of Rehoboth Beach, which cost them 2.7 million dollars. To justify the expense, Biden was forced to appeal to family values ​​in a statement: “Throughout our careers, Jill and I have dreamed of being able to buy a house on the beach, a place where we can bring people together. whole family. We feel very fortunate that we can now do it and we are looking forward to spending time with our family in the place that matters most to us in the world. ” He got a bit out of hand with sentimentality in this real estate operation, even more so when around the same time he also rented another very spacious house (more than 1,000 square meters) in McLean, Virginia, valued at $ 20,000 a month and that had belonged , in addition, to the republican politician Alexander Heigh, linked to the administrations of Richard Nixon, Gerald Ford y Ronald Reagan. The rental contract expired last February.

We must recognize Donald Trump that, in his case, despite the lack of transparency of his finances, there is no trap or cardboard in his intentions. And that his own management, or rather the coronavirus crisis, has hit a good cut to his assets, that according to ‘Forbes’ it has dropped 1,000 million of dollars in recent months, going from 3,100 million dollars to 2,100. The main cause is the devaluation of its innumerable commercial premises (valued even after the debacle at 1,100 million dollars), especially those located in the center of New York.

Residential properties, on the other hand, account for ‘only’ 148 million dollars, with the famous penthouse in Trump Tower New York’s Fifth Avenue in the lead, of course. The golf courses he owns have an estimated value of $ 217 million. That game would include the, according to the ‘NY Times’ economically ruinous (did anyone say fake news?) Mar-a-Lago complex in Florida, nicknamed the Winter White House for having been the scene of many of its meetings high level during the mandate. In total, including hotels and restaurants, the numbers are dizzying: 5,000 properties spread across five states. It is true that Trump had inflated his finances up to 7,000 dollars when presenting himself as the ideal candidate to deal with a country-company, but it is also unrealistic to try to dismantle his economic muscle by pointing out that he has debts of hundreds of millions of dollars and that in the income statement he declares in Red numbers, because according to ‘Forbes’ he still has 160 million dollars in cash for his expenses.

So you can say that, with all the buts in the world who want to put him, Donald Trump, in a matter of money, beats Joe Biden by a landslide, whose wealth was not even the largest among the Democrats (especially since Michael Bloomberg jumped on the run with his $ 61.8 billion that made even Trump feel small), but he shouldn’t set himself up as the hero of the average American, either. Although, yes, Biden can be identified as a moral winner in a battle: it should be remembered that in the United States the retirement pension is collected from the age of 65 regardless of whether or not you continue working. So these two candidates over 70 years add public pensions to their personal fortunes. In this, Joe is the absolute winner, since after more than 40 years serving the State (and officials have the best retirement plans in the neoliberal world), he has a pension valued at 1 million dollars, while the contribution From Donald Trump to the Treasury we well know that, at $ 750 a year, he has not accumulated much.

These were the details of the news Donald Trump and Joe Biden: rich man, poor man? for this day. We hope that we have succeeded by giving you the full details and information. To follow all our news, you can subscribe to the alerts system or to one of our different systems to provide you with all that is new.