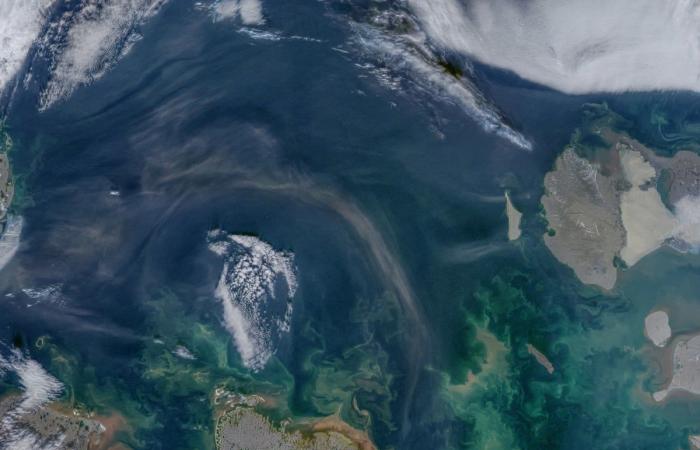 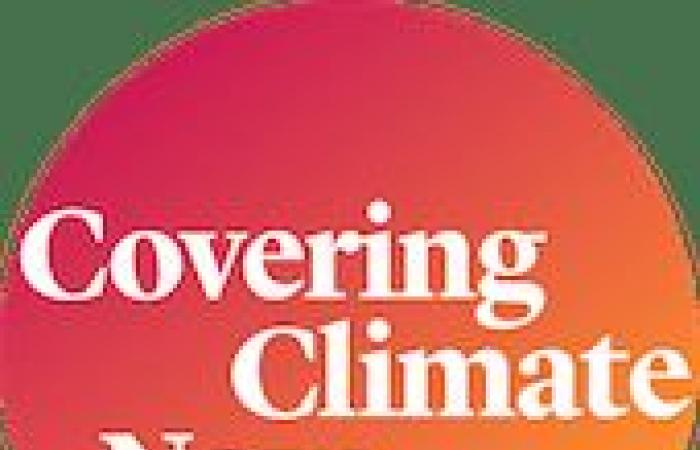 The Laptev Sea and the East Siberian Sea are not freezing again as quickly as they have in the past. Scientists fear that the northern polar region could enter a new climate regime. Sharon Guynup reports

At this time of year, in the far north of Russia, Laptev, the sun hovers near the horizon during the day and generates little heat as the region moves towards the months of polar night. By late September or early October, the shallow water of the sea should be a wide, frozen area.

But not this year. For the first time in records, this coast was still lapped by open water in late October, even though snow was already falling.

“It’s shocking in some ways, but not surprising on the other,” said Walt Meier, a researcher at the National Snow and Ice Data Center (NSIDC) at the University of Colorado Boulder. Over the past 40 years, unprecedented events like these caused by climate change have become the new normal in the Arctic – which is warming much faster than the rest of the planet.

While weather conditions vary at the top of the world, the general changes are dramatic and happening so quickly that the region may be entering a “new Arctic” climate regime, says Laura Landrum, oceanographer at the National Center for Atmospheric Research (NCAR) in Colorado. .

The Arctic is transitioning from a largely frozen state to an entirely new climate – and affecting the entire planet, she said. Meier calls the Arctic the “Bell of Climate Change” because it’s a place where a small rise in temperature has real effects: a change from -0.5 ° C to 0.5 ° C is the difference between ice skating and swimming while a A few degrees warmer in Florida may not even be noticed.

It’s been a whole year in Siberia – on land and off the Arctic coast.

The first six months were extraordinarily warm and the sea ice began to melt early. Until May, fires burned in permafrost zones, which are usually frozen year-round. Temperatures hit a record-breaking 38 ° C in June, and by September, flames had burned some 14 million hectares of tundra – an area the size of Greece.

A combination of changing climates and quirky weather is now preventing this fall from freezing.

Siberian sea temperatures are higher than usual due to this year’s extreme climatic events. The heat wave warmed the many rivers that flow into the Arctic Ocean and also triggered early meltouts.

Without ice and snow, which acts like a mirror and reflects the sun’s heat back into the atmosphere, the dark ocean would absorb additional heat in summer. Much of the remaining ice fell apart. Then, in September, unusually strong, warm winds blew from the south, pushing newly formed ice into the sea.

In the past, a wind shift wouldn’t have mattered much. In the 1980s, Igor Polyakov, a climatologist at the University of Alaska, recalls expeditions that saw small seaplanes land on sea ice to study the Siberian Arctic. He described the Laptev Sea as a solid, brilliant white landscape punctuated by pastel-colored ice: pink, light blue and green.

Since the deeply cut abysses and bays of the region are in the shallow waters of the continental shelf, they have largely remained frozen. However, until the summer of 2002, the sea ice was less stable, and today icebreakers can travel the region through open water.

“The changes are dramatic,” he said. “It happened before our eyes. Now, in summer, there is no ice at all for thousands of kilometers, sometimes up to the 85th parallel. “That’s five degrees from the North Pole.

By the 1980s, about 80 percent of the Arctic Ocean and its surrounding seas were frozen in thick, “old ice” that largely survived the summer melt, said James Overland, an oceanographer with the US National Oceanic and Atmospheric Administration (NOAA) who studied for decades the arctic.

“Now a lot of it has to freeze again every winter. We didn’t expect to see this anytime soon. ”

Everywhere in the Arctic, the ice is now thawing earlier, freezing later, becoming thinner and disappearing entirely in many places.

Thinner ice is less elastic. Imagine ice cubes in a glass. Thick pieces last longer and melt more slowly than ice chips and splinters. All of them disintegrate faster in warmer liquid.

This is a major problem in the Arctic, where much of the open blue water absorbs the sun’s heat in the summer when the sun never actually sets. This warm water flows under the ice to melt it from below.

That year, sea ice’s overall health was bleak: the end of summer minimum was the second lowest amount of sea ice in 42 years, Landrum said.

Measurements by NASA and the NSIDC found that it was about 2.6 million square kilometers below the average from 1981 to 2000. NASA’s satellite data shows that the overall downtrend in Arctic ice averages 12.9 percent per year.

This year’s average global temperature will be among the warmest of all time, according to researchers. Current models predict that the Arctic will be ice-free in the summer between 2040 and 2050.

Many factors collide that could accelerate a massive melt. New feedback loops continue to emerge, amplifying and accelerating change. For example, early climate models ignored methane – a powerful greenhouse gas – that flows into the atmosphere through melting permafrost. The tundra is now believed to emit 300 to 600 million tons of carbon per year, the equivalent of driving between 65 and 129 million cars annually.

Likewise, thick ice that withstood strong winds and storms decades ago is now thin and can be severely damaged by such storms – amplifying one-off extreme weather events.

Then there is “Atlantification,” the increasing penetration of salty, temperate Atlantic waters into cooler Arctic seas. The changes in the Laptev Sea, long known as the Arctic “ice factory” add another factor. In the past, the sea ice produced there typically moved with wind and ocean currents over the North Pole to Greenland.

Depending on the changing conditions, this ice spent years in a slowly spinning top in the Beaufort Sea. landed off the Greenland coast; or piled up on the north shore of the Canadian archipelago to build three to nine meters high ice ridges – perennial ice that resists melting. This system no longer works as before. The Laptev Sea is now turning into blue water every summer, the “ice factory” is largely closed and the perennial Arctic sea ice is at a record low – and is still falling.

The polar bear has become a figurehead for the effects of climate change on wildlife. But Ursus maritimus is not the only victim; Cascading effects throughout the Arctic food chain affect everything from plankton to seals, globally important fishing species such as pollock, to whales, musk ox and other mammals with cold climates.

In Siberia, reindeer go hungry in winter. “Weather whiplash” brings rain in the cold dead of the polar night. The falling rain freezes on the snowpack and forms a thick layer of ice that makes it impossible for reindeer to dig in the grass and plants below. Many are now dying of hunger. These once rare arctic warm periods are now the order of the day.

The indigenous people also suffer. Without proper ice platforms, it becomes increasingly difficult for them to look for walrus and whales to feed them. The coasts are eroding as sediments held together by permafrost loosen. And rising seas flood coastal villages.

Worse still, the rapidly escalating climate change in the far north is being exported to the rest of the world: the earth’s biomes are interconnected. “You can’t change a system without influencing others,” said Mark Serreze, a scientist at NSIDC. “What happens in the Arctic doesn’t stay in the Arctic, and changes are unfolding faster than our ability to keep up with them.”

Serreze named the North Pole region as the in his 2018 book that frames the problem Brave new arctic. Serreze notes that the Arctic covers a vast area; It is the size of the lower 48 US states combined.

The increased warming of the Arctic is changing global weather and affecting the rest of the planet, changing the weather, ocean patterns and jet stream. Intense storms, droughts and heat waves – extreme weather events once every 100 or 500 years – occur regularly around the world today and have devastating effects on people, economies and ecosystems.

This year alone, for example, there have been massive record fires in California, Colorado, Siberia, and Brazil, and no one knows yet how the Arctic’s delayed freezing this fall could affect the planet’s upcoming weather.

Julienne Stroeve, who specializes in sea ice research at NSIDC, adds another potentially serious impact to the list: threats to our food supplies. “What is predicted in agriculture is not good news. … We will live on a completely different planet if we keep adding greenhouse gases to the atmosphere, ”she said.

“We are conducting this blind experiment and we do not yet know the actual effects.”

Stroeve is keen to let people know about the urgency: “How are you selling climate change to be as urgent as Covid-19? Except that it will kill a lot more people. “She thinks we can rally. If we can make a Covid-19 vaccine in record time and cure the ozone layer through the Montreal Protocol, Stroeve believes we can change the course of this train.

This article originally appeared in Mongabay and will be republished here as part of Covering Climate Now. a global journalistic collaboration to strengthen reporting on climate history.

These were the details of the news Sea ice not yet out of Siberia, worrying scientists for this day. We hope that we have succeeded by giving you the full details and information. To follow all our news, you can subscribe to the alerts system or to one of our different systems to provide you with all that is new.