The asteroid that is worth dozens of times more than the... 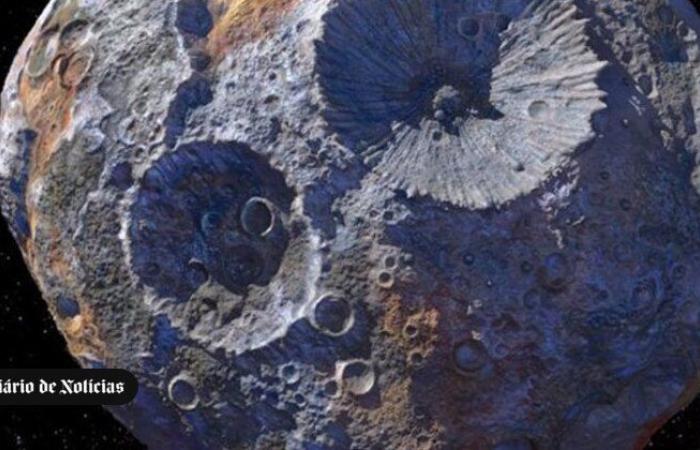 Complex, metallic … and very valuable. So is Psyche, one of the largest and most mysterious of all asteroids that populate the space between the planets Mars and Jupiter, in the so-called asteroid belt.

Now, a new study based on observations from the Hubble Space Telescope has just shed a new light on this tiny cold world, which measures just 226 kilometers in diameter – little more than the distance from Lisbon to Coimbra – and which is entirely composed of iron and nickel.

Why valuable? Precisely for this reason, for being so rich in metals. High calculations point out that Psyche as a whole may be worth a sum equivalent to several dozen times the total world economy – this assuming that one day it will be possible to go and get some of that material.

Given the nature, scientists think that that asteroid, located 370 million kilometers from Earth, may actually be the metallic nucleus of a very old planet, from the time of the formation of the solar system, which due to collisions with other celestial bodies ended for being without its upper layers: the mantle and the crust.

If this hypothesis is confirmed, Psyche’s study will be a bit like looking into a rocky planet like Earth, which also has a metallic nucleus inside, but in a liquid state, given the enormous pressure to which it is subjected.

That is, Psyche can also give new clues about the nucleus inside the Earth itself, to which we do not have direct access.

Without the shell that billions of years ago would have enveloped it, the planetary nucleus that Psyche appears to have ended up solidifying, is today also a kind of probe for the time when the solar system was formed.

In that sense, the old asteroid also offers scientists a precious opportunity to study this tumultuous phase that was the formation of the solar system, billions of years ago. All good reasons to look in detail at that gigantic distant rock.

This was done by an international team of astronomers, coordinated by Tracy Becker, from the Southwest Research Institute, in the United States, who observed two distinct points in Psyche, using ultraviolet light and measuring the way it is reflected by the asteroid’s surface, to determine in great detail its composition. This is how iron and nickel emerged as their essential compounds.

In the study they published this week in the scientific journal The Planetary Science Journal, the team explains that they also discovered changes in the surface of asteroids that may have to do with solar winds, in addition to indications of some interaction of materials with gases, such as oxygen. But these are mainly data that open the door to new investigations, to better understand the nature of Psyche and determine the exact time of his formation.

NASA and Space X have, moreover, scheduled a mission scheduled for launch in 2022, towards that asteroid, with the expected arrival in 2026.

The goal is to place a probe in Psyche’s orbit for almost two years, to study, radiograph and map it in detail.

Until then, ground-based telescopes will not fail to point at Psyche, to continue collecting more information about him. After all, the success of NASA’s space mission will also depend on this more detailed knowledge about the asteroid.

These were the details of the news The asteroid that is worth dozens of times more than the... for this day. We hope that we have succeeded by giving you the full details and information. To follow all our news, you can subscribe to the alerts system or to one of our different systems to provide you with all that is new.