Penthouse: Kim So Yeon from Everything About Eva is a villain... 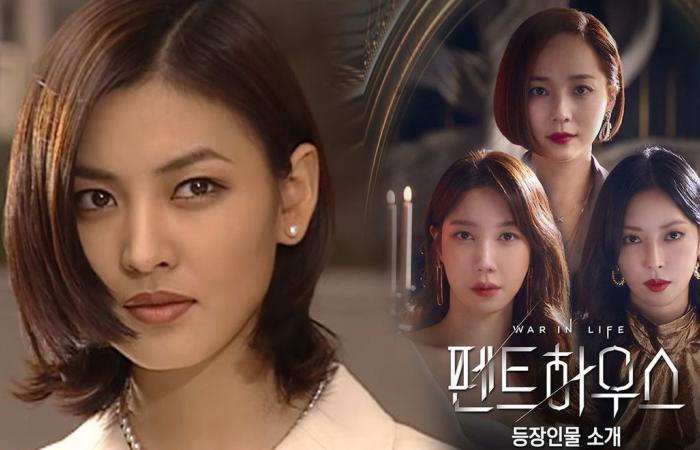 Ambition, revenge, justice. The terms mentioned describe the intensity of The Penthouse, the new Korean suspense drama that premiered on October 26 on SBS. It only took a few minutes of its pilot episode to amaze viewers, who compare it to the controversial 2019 drama Sky Castle.

The Penthouse takes as its center a 100-story housing complex called Hera Palace, which symbolizes the highest status of the nation. Burdened by the past and the limitations suffered by powerful people, a woman decides to do the impossible to enter high society and make her daughter succeed.

The story is developed by three actresses: Lee Ji Ah, Eugene and Kim So Yeon. The last of them returns to interpret the archetype of villain after 20 years of the memorable role that led her to fame.

In 2000, Kim So Yeon played the ambitious reporter Heon Young Mi for the drama All About Eva, which was not only a local success (with more than 45 rating points in South Korea) but also had great acceptance in its international broadcasts.

Although the project became a milestone in her career, it also brought her trouble as an actress. The industry was pigeonholing her into cold, dark characters, even though she was barely 20 years old. The reason was his physical appearance, because from the features of his face he also seemed older.

After a hiatus three years due to lack of offers, re-emerged with the series Iris (2009) and finally broke the mold with the role of Ma Hye Ri in the romantic comedy Prosecutor Princess.

“I got a lot of negative reviews after All About Eva, people said it was pretentious and it hurt me so much that I avoided doing video interviews for a long time (…). So I’m grateful to Ma Hye Ri. I was able to start over and not get just one type of character. I know that even if I go back to playing them, people will know that it is acting and not my true self, ”he commented for 10Asia in 2010.

It took another 10 years for Kim So Yeon find the perfect villain. “I was waiting for such an intense role,” he declared about his new character. Cheon So Jin en Penthouse.

Cheon So Jin She is a woman born in a golden cradle, ‘a perfect prima donna’ in every way, as she is an opera singer with an arrogant and presumptuous personality. In her youth, she had no qualms about hurting someone who threatened to be more talented than her.

For viewers, Kim So Yeon’s facial expressions could bring back memories of the past, although it is clear that the actress’s experience makes her performance stronger.

“He is a character with color and confidence, but he also has moments in which he reflects his insecurity. I tried to use various tones and gestures to offer varied expressions, ”he explained at the drama’s press conference.

“It is true that there is some pressure, but it is also exciting. The goal is that, as people remember the villain Heo Young Mi, in the future they may evoke Cheon So Jin by thinking of evil women, ”he concluded.

The Penthouse airs every Monday and Tuesday on SBS. On November 2, it releases its third chapter. For international audiences, it is available on Viki Plus / Kocowa, with Spanish subtitles.

These were the details of the news Penthouse: Kim So Yeon from Everything About Eva is a villain... for this day. We hope that we have succeeded by giving you the full details and information. To follow all our news, you can subscribe to the alerts system or to one of our different systems to provide you with all that is new.