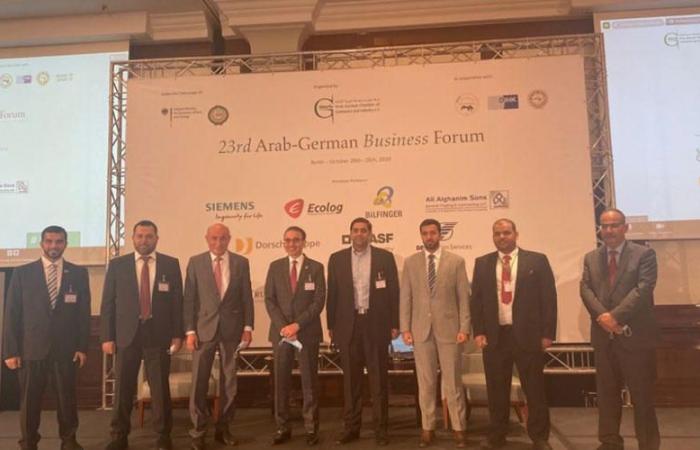 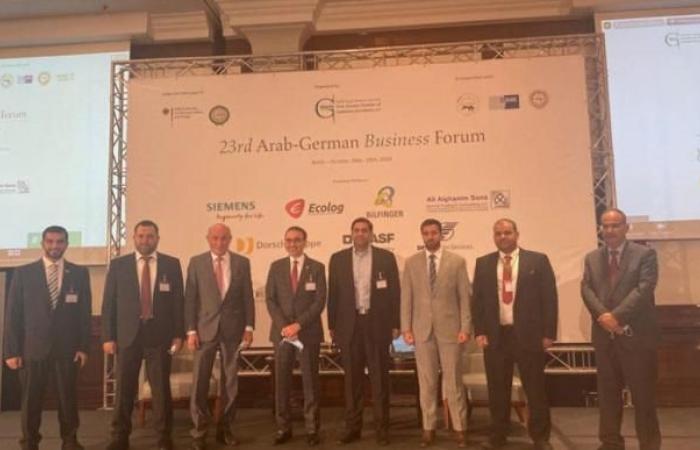 Sultan Malih Al Matroushi, a member of the Fujairah Chamber of Commerce and Industry, said that the volume of Arab-German trade and investments amounted to about 44.3 billion euros last year, indicating that Fujairah is commercially linked with Germany with a volume of trade exchange between the two sides amounting to more than 83.5 million dirhams last year.
Al-Matroushi added, against the background of the participation of a delegation from the Chamber in the work of the twenty-third Arab-German Economic Forum, which was held from 26 to 28 October last, that the participation in the forum came as a result of the Chamber’s keenness to strengthen relations with the Arab and German Chambers, communicate with them and benefit from their experiences. For the benefit of future business and inter-trade trade, and to seize the opportunity to meet business owners to discuss issues facing the German Arab business community.
The “forum” was organized by the German Arab Chamber of Commerce and Industry in cooperation with the Federation of Arab Chambers and the Federation of German Chambers of Industry and Commerce in Berlin, while the Fujairah Chamber delegation included Khalfan Masoud Al-Kaabi, Treasurer, Saif Ali Al-Attar and Yasser Ali Saif Al-Attar, members of the Chamber’s Board of Directors.
Al-Matroushi pointed out that Dr. Peter Ramzor, former Federal Minister and President of the German Arab Chamber, confirmed that despite the Corona pandemic, the official interest and interest of businessmen to participate in the activities of the forum continued, as an indication of the importance it represents as a main platform for Arab-German business relations. Stressing that the large number of decision-makers, experts and high-level company representatives who participated in the forum despite the current travel restrictions and personal challenges indicates that the German Arab Chamber of Commerce and Industry provides an important service in supporting economic relations and cooperation between companies on both sides.
Al-Matroushi described Arab-German cooperation relations as being high in all sectors, especially in the fields of manufacturing, artificial intelligence, health care, urban development, logistics and renewable energies. The forum also addressed the German Federal Minister of Economy and Energy Peter Altmayer, who praised the efforts of the German Arab Chamber of Commerce and Industry in strengthening relations. German-Arab Economic, stressing the interest of German companies in intensifying their relationship and work in the Arab world.
Al-Matroushi stressed that the forum dealt with opportunities for Arab-German cooperation in the fields of: digital, artificial intelligence, transport, logistics, urban infrastructure, finance, investment, knowledge transfer, energy, mining and petrochemical industries.
He added that the Fujairah Chamber delegation met during the forum with a number of representatives of the Arab and German chambers and business owners, and they were informed of the investment opportunities available in the Emirate of Fujairah, and the Chamber’s keenness to provide facilities for those wishing to invest in the emirate in coordination with the concerned departments and authorities.

These were the details of the news 44.3 billion euros is the volume of Arab trade exchange with... for this day. We hope that we have succeeded by giving you the full details and information. To follow all our news, you can subscribe to the alerts system or to one of our different systems to provide you with all that is new.