Klopp: The “new” Liverpool star is an exceptional talent 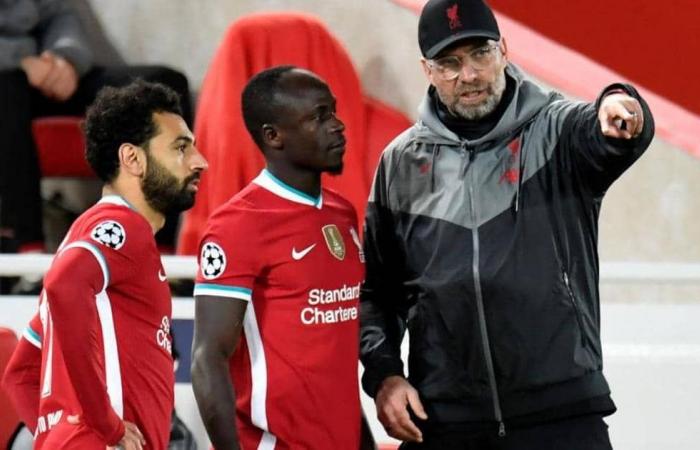 Painstakingly, and in the last minutes, he was kidnapped Leferball His three game points in front of his guests West Ham United, In the match between the two teams at “Anfield”, in the framework of the seventh round matches of the 2020-2021 season of the Championship Premier League Excellent, and ended with a score of 2-1 for the “Reds” Mohamed Salah Andديوغو جوتا.

Klopp told Sky Sports: “Football is all about finding the right way, and the boys found it tonight. Obviously I liked the second goal, which was great. Shaqiri is going through a special period at the moment, and of course Diogo Jota.”

“We fought hard to sign him, we didn’t need to convince him much, but we had to fight for him. He is an exceptional talent, he has speed, fitness and technique. He is a lot better than I thought, and that’s really impressive.”

He continued: “All this kind of play. This is what we had to do in the 95 minutes we played. Every pass they took represented a great threat, but we handled the game really well.”

He continued: “The difficult thing is that we must be patient, but also energetic, in order to keep up with their movements. It is a level of focus that we had to maintain steadily, which is what we did, except perhaps for the goal that we received.”

The German said about the difficulty of winning at West Ham United: “We have to try everything to win matches, it is not about brilliant moments or the like, it is only about working hard, it was necessary against a competitor like this.”

Regarding the performance of young defender Nathaniel Phillips in his first match for Liverpool in the Premier League, Klopp explained, “Philippis was exceptional and wonderful, I couldn’t be happier for him. I asked him before the match if he was nervous, I told him that I would be so, but he has been alert since The first second, and played a very good game. “

These were the details of the news Klopp: The “new” Liverpool star is an exceptional talent for this day. We hope that we have succeeded by giving you the full details and information. To follow all our news, you can subscribe to the alerts system or to one of our different systems to provide you with all that is new.