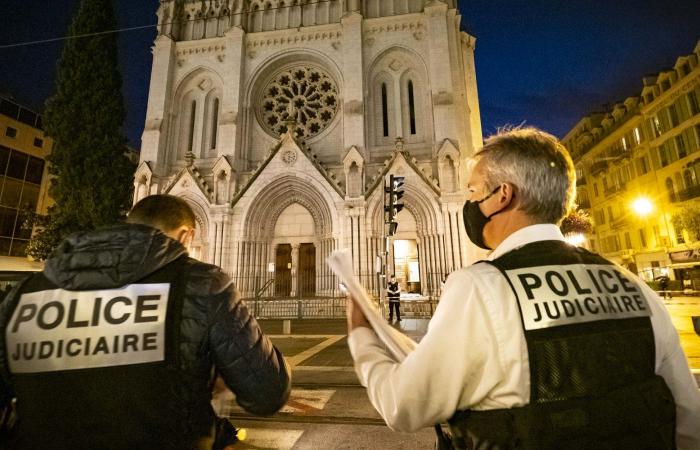 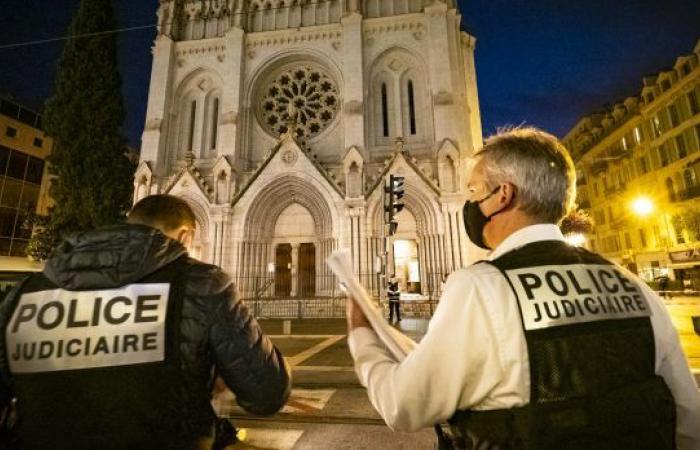 Brahim Issaoui seems to have come to France to carry out an attack. Three days after the knife attack which claimed the lives of three people in the Notre-Dame de l’Assomption basilica in Nice, this is the most serious hypothesis in the eyes of investigators from the judicial police and the Directorate General of Internal Security (DGSI). According to several sources, a chronological detail confirms this scenario, demonstrating the determination of the assailant: very little time (forty-eight hours at most) elapsed between the arrival on French soil of this 21-year-old Tunisian. and his acting out, as if the attack were his only objective.

According to the images of the CCTV cameras, the terrorist seems to have scouted around the church several hours before the attack. He would have turned three streets around the building and then spent the night in the common areas of a neighboring building. Did he receive help from accomplices? Two of the three people who had been taken into custody were exonerated on Saturday evening. They would have provided precise and sufficiently convincing explanations of their meeting with the terrorist, attested by the video surveillance images. The third man’s account was still being verified that evening. A fourth man was arrested on Saturday in Grasse (Alpes-Maritimes).

The interrogation of the author of the triple murder in Nice is suspended on his state of health. Hit 8 bullets during his arrest, he is still hospitalized and will not be able to be questioned for several days. In the snippets of explanations he was able to provide on Thursday, he had only unequivocally claimed his attack. The course of this young man from a large family living in Sfax, south of Tunis, and who does not speak French is gradually reconstructed by the investigators. Issaoui is said to have left his country on board a makeshift boat in the company of a dozen other young people eager to reach Europe. According to his older brother and his mother, questioned since his crime by several newspapers and television channels, he claimed to be in search of a better job than the job of motorcycle mechanic that he had in Tunisia.

The police are now trying to locate his traveling companions in order to collect their testimonies. During his stay in Italy, Issaoui would have held various small clandestine jobs. The conditions of its passage in France and the possible assistance received to cross the border remain to be established.

At no time during his journey does Brahim Issaoui seem to have attracted the attention of the intelligence services. Less than two weeks after the savage assassination of Professor Samuel Paty in Conflans-Sainte-Honorine (Yvelines), the Nice attack further increased the pressure on the government, faced with three attacks in four weeks. Such an intensity in the threat had not been recorded since 2016, when three attacks had taken place in six weeks. Saturday, in Lyon, an Orthodox priest was the target of two shots. But the anti-terrorism prosecution ultimately did not seize, suggesting a heinous crime. The calendar is also fueling concerns, a high-ranking source told the JDD: the start of the school year on Monday, the Jewish holiday of Hanukkah and the end of the trial of the January 2015 attacks in mid-November are all moments likely to be of interest to people. fanatics looking for targets and symbols.

Security measures have therefore been reinforced. The Vigipirate plan has been taken to its highest level, “emergency bombing”. Seven thousand soldiers, against 3,000 so far, have been mobilized as part of Operation Sentinel. They will be made available to the prefects, who will be able to mobilize them for surveillance and protection operations. In addition, 3,500 mobile gendarmes and CRS and 3,500 reservists will be responsible for monitoring places of worship and schools. Particular emphasis was placed on educational establishments and diplomatic posts abroad, after the demonstrations held in several Arab countries and the insults launched against France and Emmanuel Macron.

The day after Samuel Paty’s death, the Minister of the Interior, Gérald Darmanin, announced the upcoming expulsion of 231 people with illegal status; To date, 14 have been taken outside France and 18 have been placed in administrative detention centers, pending a decision. The movement should be accelerated thanks to diplomatic efforts with the countries from which these individuals come – in particular Morocco and Algeria.

Sign of concern at the top of the state: defense councils devoted to terrorism become weekly. “The President wants them to be very operational in view of the situation,” explains Laurent Nunez, intelligence coordinator at the Elysee. We are examining the state of the threat, setting the objectives in terms of prevention for the intelligence services and working strengthening the security of the French. ” The government must both reassure the population and appease opposition. In a letter addressed to Emmanuel Macron on Friday, the deputy (LR) Eric Ciotti asks that the state of health emergency be added to the state of terrorist emergency.

An arrest in Moselle

He is only 15 years old, but his plan to attack looked serious. A teenager was arrested by the police a few days ago in Moselle, in eastern France, because of his profile considered “extremely worrying”. It was telephone conversations with jihadists from other European countries that drew attention to him from the General Directorate of Internal Security (DGSI), the leader in the fight against terrorism. He would have mentioned in these exchanges his desire to take action. Despite his young age, he was jailed last Tuesday. The intelligence services pay all the more special attention to this type of suspect after the assassination of Samuel Paty, the history professor killed on October 16 at the end of his college by Abdoullakh Anzorov, an 18-year-old Chechen.

*The article has been translated based on the content of Source link by https://www.lejdd.fr/Societe/le-terroriste-de-nice-semble-etre-venu-en-france-pour-tuer-4002537
. If there is any problem regarding the content, copyright, please leave a report below the article. We will try to process as quickly as possible to protect the rights of the author. Thank you very much!

These were the details of the news The terrorist from Nice seems to have come to France to... for this day. We hope that we have succeeded by giving you the full details and information. To follow all our news, you can subscribe to the alerts system or to one of our different systems to provide you with all that is new.