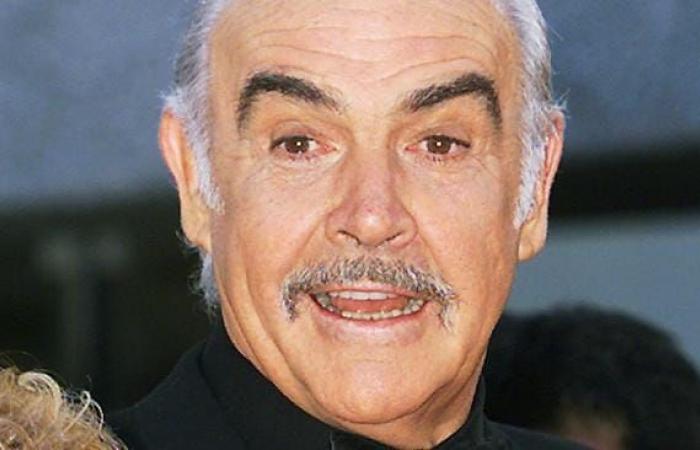 Micheline Roquebrune, the grieving widow of film legend Sir Sean Connery, has revealed that the star is fighting dementia and wanted to “slip away”.

Micheline, who was married to the James Bond actor for 45 years, reflected on her “wonderful life” with her “beautiful model of a man” Connery, who died in his sleep overnight in the Bahamas.

“It wasn’t a life for him. He couldn’t express himself lately, “Micheline said about his condition when he died, like from Daily mail .

She added, “At least he died in his sleep and it was just so peaceful. I was with him the whole time and he just slipped away. It was what he wanted. ”

The 91-year-old Moroccan-French painter, who met the Scotsman at a golf tournament in 1970, said his condition had worsened in recent months.

“He had dementia and it took its toll on him. His last wish was to slip away without a fuss. ”

As she pondered their 45-year marriage in a heartbreaking statement, she said that “it would be very difficult without him.”

“He was beautiful and we had a wonderful life together. He was a model of a man. It will be very difficult without him, I know that. But it couldn’t last forever and he left peacefully. ”

Connery, who separated from his first wife, Diane Cilento, when he met Micheline, married the painter in 1975 and stayed together until his death on October 31.

The marriage survived a well-documented affair Connery had with singer Lynsey de Paul in the late 1980s.

Speak withThe sun In 2011, Sean described Micheline – with whom he shared a love of golf and with whom he lived in the Bahamas until his death – as “the love of a lifetime.

Acclaimed artist Micheline was married twice before meeting Connery, with three children from their previous marriages.

Speaking of the moment she first met the star, she admitted that she didn’t know who he was.

“I saw this man from behind and of course he was of good build,” she said The sun of the 6ft 2 actor.

“But that first day I didn’t know who he was or anything about him.

“Then I dreamed that I had seen this man. I was in his arms. And I thought ‘Peace at last’.

“The next day I went back to the tournament and that was it!”

Their initial connection was so strong that it went beyond normal means of communication as they couldn’t even speak the same language at the beginning of their relationship.

Micheline, who is fluent in French and Spanish, told the publication it was not a problem and cheekily revealed, “Oh, we had no problem communicating – body language!”

He was born in Edinburgh and starred in numerous films Hunt for Red October and The untouchables to Indiana Jones and the Last Crusade, almost always with its thick Scottish flair.

A photo of him and his family has also surfaced from his 89th birthday. The sun reported.

It was said that he rarely left the ward he lived in with his second wife, Micheline.

These were the details of the news Widow reveals fight against dementia for this day. We hope that we have succeeded by giving you the full details and information. To follow all our news, you can subscribe to the alerts system or to one of our different systems to provide you with all that is new.