Anderson starts better, but is knocked out; executioner cries with... 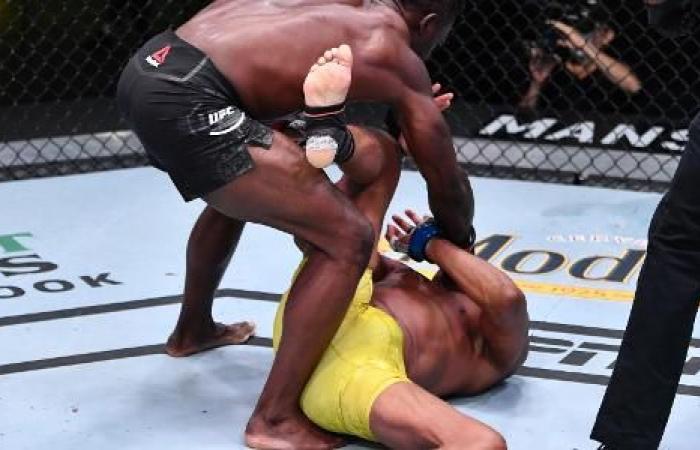 Anyway, the moment has come. At the age of 45, Anderson Silva said goodbye to MMA – until proven otherwise – this Saturday (31) after being overtaken by Uriah Hall. Former UFC middleweight champion (84 kg), the Brazilian scored an era and broke records during his reign. In recent years, however, repeated defeats have signaled that the time to stop was approaching.

Although the UFC Fight Night card, held at the UFC Apex premises in Las Vegas (USA), was far from the showy stages that accompanied ‘Spider’s’ peak in the sport, the main showdown of the night guaranteed plenty of attention in the MMA community. .

After a balanced start, in which the athletes exchanged strokes from the middle and short distance, the Jamaican’s physical advantage made the difference and Uriah Hall scored the knockout after connecting his second knockdown. As soon as he won, the former TUF champion did not hide his emotion at winning his idol and collapsed in tears.

With the farewell, Anderson ends his walk in MMA with a cartel of 34 wins and 11 losses, in addition to a ‘no contest’ (fight without a winner). Among his achievements that occupy a prominent place in the event, Spider continues as the fighter owner of the biggest winning streak in the octagon, with 16, in addition to being the athlete who most won duels without needing the decision of the judges in fights worthy of title, with nine.

Among his great victories, the veteran recorded in the memory of Brazilians important triumphs, especially the knockouts in the first round against VItor Belfort and Forrest Griffin, in addition to the submission against Chael Sonnen in the final minutes of the dispute.

The first round was marked by a tense start, of much study. After almost a minute and a half with no strikes, the athletes, little by little, began to accelerate the pace and exchange blows in the medium and short distance. In fact, no attack was effective enough to swing one of the athletes, but the volume and pressure imposed by Anderson made the difference in the partial. Anderson 10 x 9 Hall.

The next stage again had moments of inactivity at the beginning. However, as soon as I found the right time to go in with his attacks, Anderson returned to taking over the actions with low and body kick streaks – including round attacks. Once again, the assault was decided by the volume of attacks at the expense of force. Anderson 20 x 18 Hall.

The third round was balanced in almost every minute played. After dominating the center of the cage for a good part of the stage, Anderson had the advantage until, in the final minute, when pressing the Jamaican with attacks in the short distance, he suffered a right cross that led to a knockdown. Then, ground and pound punches by Hall seemed close to settling the bill, which ended up being interrupted by the sound of the gong. Anderson 29 x 28 Hall.

Early in the fourth stage, Anderson tried to press Hall again, but a straight blow to the chin led to another knockdown. This time, with more time to work on the ground and pound, Hall missed the opportunity and knocked until the referee stopped the contest.

Follow the results of UFC Fight Night Hall vs Silva:

These were the details of the news Anderson starts better, but is knocked out; executioner cries with... for this day. We hope that we have succeeded by giving you the full details and information. To follow all our news, you can subscribe to the alerts system or to one of our different systems to provide you with all that is new.