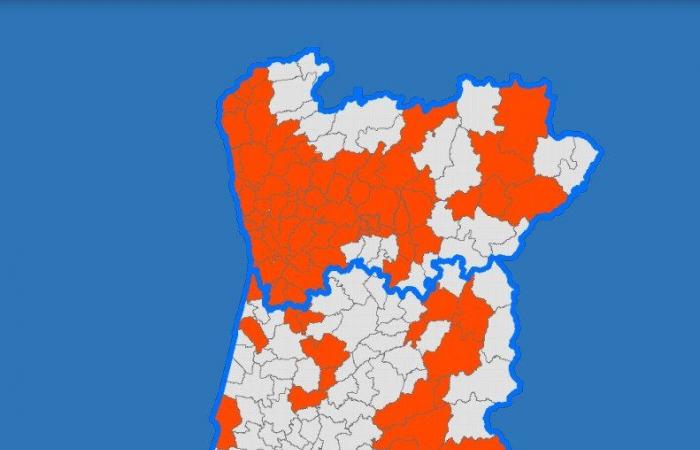 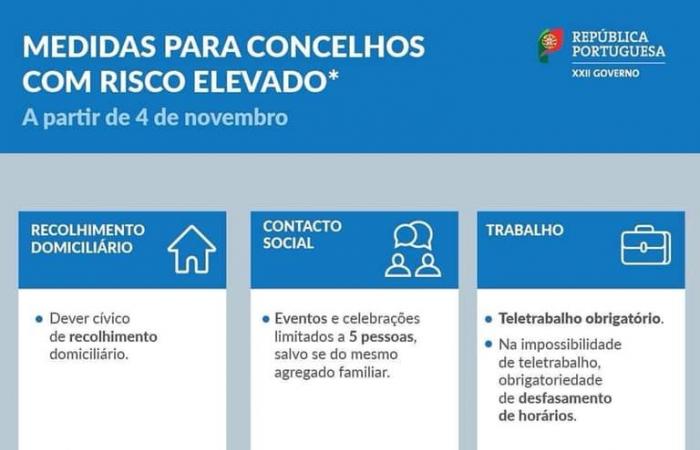 Twelve municipalities in the district of Braga and six in Viana do Castelo will be partially confined, subject to the civic duty of home collection.

The inclusion criterion of the counties is 240 infections per 100 thousand inhabitants over the last 14 days. Viana do Castelo did not reach these numbers, but was eventually included so as not to become “an island” among other counties covered, explained António Costa.

António Costa was speaking to the country after eight hours of extraordinary meeting of the Council of Ministers.

Establishments must close until 22:00, with the exception of take-away, pharmacies, offices and clinics, funeral homes, gas stations and rent-a-car

Restaurants must close until 10:30 pm and should only have a maximum of six people per table, unless they are from the same household.

Fairs and uprising markets are prohibited.

These measures take effect on November 4 and will be reassessed every 15 days.

However, António Costa admits that hardly any of these 18 counties will be able to leave the ‘red line’ over the next two weeks, with new counties more likely to enter the list than to leave.

The extraordinary meeting of the Council of Ministers, which started at 10:00 am, in the Palácio da Ajuda, took place the day after the country had surpassed the records since the beginning of the pandemic covid-19 with the registration of 40 dead, 4,656 infected and 1,927 inpatients, 275 of whom are in intensive care, according to the Directorate-General for Health

At the national level, the rules for all municipalities in the country are maintained, approved after the calamity situation has been decreed.

Mandatory containment for patients with COVID-19 and people under active surveillance.

Weddings and baptisms limited to 50 people.

Other events and celebrations limited to 5 people, unless from the same household.

Religious ceremonies, according to the rules of the DGS.

Commercial establishments with a maximum indicative capacity of 0.05 people per m2.

Closing hours for commercial establishments between 8:00 pm and 11:00 pm, by decision of the mayor with the approval of the local health authority and security forces.

Restaurants: public access until 00:00 and closing at 01:00; capacity limited to 50% of the capacity; groups limited to 5 people, unless they belong to the same household, or 4 people in establishments within 300 meters of a school and in the food courts of shopping centers; mandatory advance booking.

The sale of alcoholic beverages is forbidden in service areas and, from 20:00, in any store.

The consumption of alcoholic beverages on the public road is prohibited.

Private vehicles with a capacity greater than 5 seats can only drive with 2/3 of their occupation, unless they all belong to the same household.

Portugal has been in a situation of calamity since the 14th of October throughout the national territory.

The disease is transmitted by a new coronavirus detected in late December 2019 in Wuhan, a city in central China.

These were the details of the news 18 Minho municipalities in partial confinement as of November 4 for this day. We hope that we have succeeded by giving you the full details and information. To follow all our news, you can subscribe to the alerts system or to one of our different systems to provide you with all that is new.