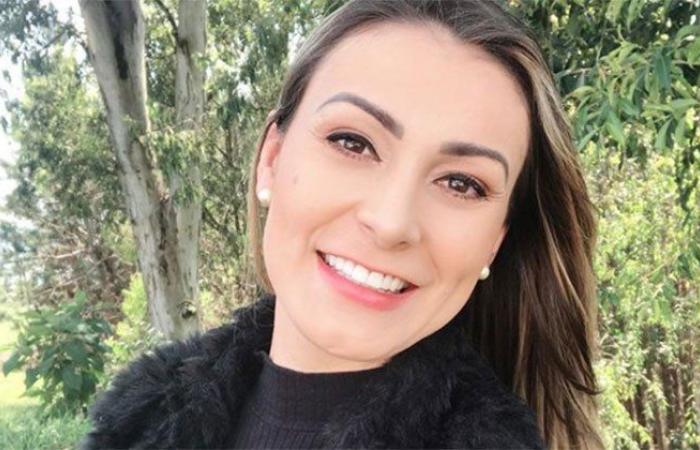 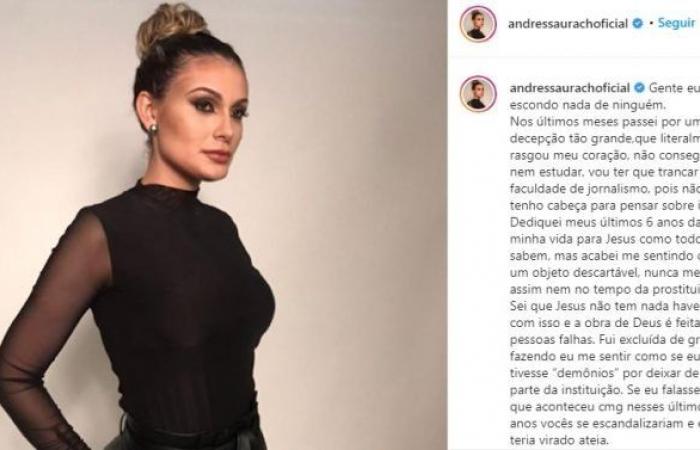 Andressa Urach asked back for all donations made by Universal, an evangelical church she attended for six years. The statement was published on Friday (30), on his Instagram profile.

“I talked amicably with the church so that they could return the donations I made in the last few years, but unfortunately I haven’t had a return yet, I didn’t want to go to court,” he explains. Urach came to receive several criticisms after the publication. So far, comments on the post are blocked.

The donations, according to her, were made with the profit she had from her first book ‘Morri para Viver’. The former Miss Bumbum left Universal due to criticism and revealed that she had taken “rancidity” from the entity.

“I dedicated my last 6 years of my life to Jesus as everyone knows, but I ended up feeling like a disposable object, I never felt that way even in the time of prostitution. I know that Jesus has nothing to do with it and the work of God is done by failing people ”, continues the post.

According to the column by Fábia Oliveira, from the newspaper O Dia, Urach was hired by Record TV in Rio Grande do Sul until March 2021. She was nationally known for her controversial passage on the reality show of the station, A Fazenda 6.

These were the details of the news Andressa Urach wants back everything she donated to church for this day. We hope that we have succeeded by giving you the full details and information. To follow all our news, you can subscribe to the alerts system or to one of our different systems to provide you with all that is new.