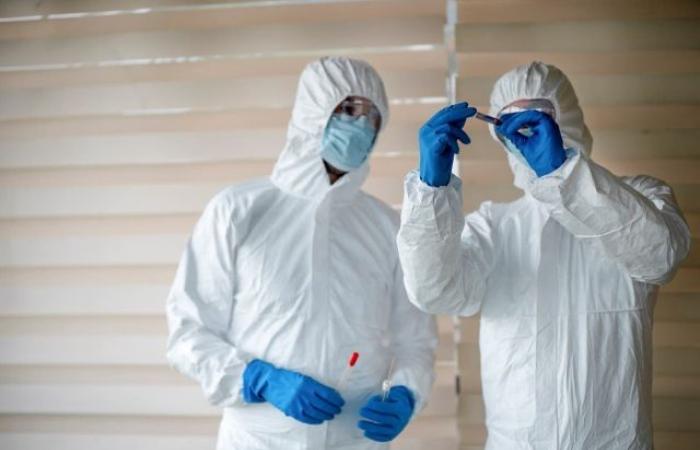 A study revealed that the antibodies to the emerging corona virus declined rapidly in the British during the summer, which indicates that prevention after infection may not last long, and increases the possibility of a decrease in immunity in society.

Scientists at “Imperial College London” tracked the levels of antibodies in the British after the first wave of Covid-19 infections in March and April.

The study, according to Reuters, found that the prevalence of antibodies decreased by a quarter, from 6% of the population near the end of June to only 4.4% in September. This raises the possibility of a decrease in the population’s immunity before a second wave of infections in recent weeks, which has forced the authorities to impose general isolation measures and local restrictions.

Although immunity to the Corona virus is a complex and mysterious issue, it may be helped by T cells, as well as B cells that can stimulate the rapid production of antibodies after re-exposure to the virus, the researchers said that the experience gained from knowing other Corona viruses indicated that immunity may not be Last.

“We can see the antibodies and see them regress, and we know that the antibodies on their own are completely protective,” Wendy Barclay, head of infectious diseases at Imperial College London, told reporters.

She added: “On the other hand, I would like to say that in light of what we know about other corona viruses, it will appear as if immunity is declining at the same rate as antibodies decline, and this is an indication of weak immunity at the population level.”

The study showed that those who were confirmed to have Covid-19 through the standard PCR polymerase chain reaction test, the decrease in their antibodies was less pronounced compared to those who did not show symptoms and those who were not aware of their infection in the first place.

There was no change in the antibody levels of the health care workers, which may be due to their repeated exposure to the virus.

The study supports the findings of similar surveys in Germany, which found that the vast majority of people did not have antibodies to Covid-19, even in outbreaks, and that the antibodies may diminish from the bodies of those who had formed them.

Imperial College released its study, which was based on a survey of 365,000 randomly selected adults, as a preliminary paper and was not verified according to a peer review method.

Barclay of “Imperial College” said that the rapid decline of the antibodies did not necessarily have a negative effect on the effectiveness of vaccines that are currently in the clinical trial phase.

“A good vaccine may be a lot better than natural immunity,” she added.

These were the details of the news Shocking news destroys the natural immunity theory of Corona – health... for this day. We hope that we have succeeded by giving you the full details and information. To follow all our news, you can subscribe to the alerts system or to one of our different systems to provide you with all that is new.