Angry crowds beat to death a man in Bangladesh accused of... 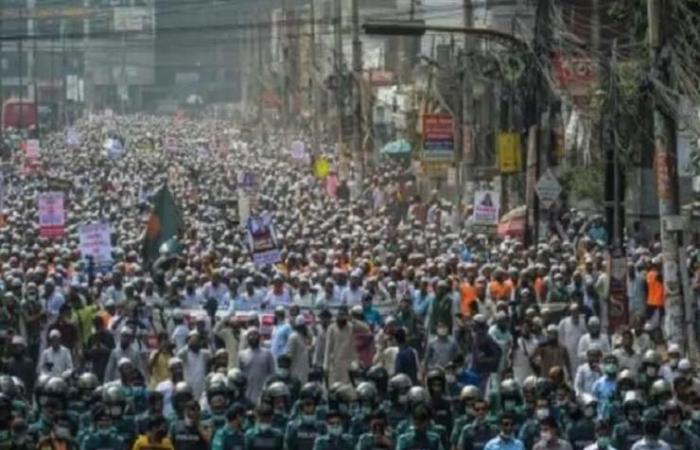 Bangladeshi police announced that hundreds of people Thursday killed a man they accused of desecrating the Quran, and beat him to death before they burned his body.

The police said that the crowd withdrew two men who were being held there to protect them, after accusing them of stepping on a Koran in the main mosque in the city near the border with India.

“They beat a man to death before burning his body,” district police chief Ubaida Sultana told AFP, while the second wounded man managed to escape.

More than a thousand people stormed a municipal center where the two men were being held.

The police tried to calm the crowd, but could not prevent him from catching the 35-year-old man and setting the center on fire. The man’s body was burned in the street.

This incident occurred against the backdrop of growing anger in a country inhabited by a majority of Muslims, after comments by French President Emmanuel Macron on the freedom to caricature the Prophet Muhammad.

Tens of thousands of people took part in anti-French protests this week in the capital Dhaka and in the port city of Chittagong. Calls were also launched to demonstrate after Friday prayers.

These were the details of the news Angry crowds beat to death a man in Bangladesh accused of... for this day. We hope that we have succeeded by giving you the full details and information. To follow all our news, you can subscribe to the alerts system or to one of our different systems to provide you with all that is new.