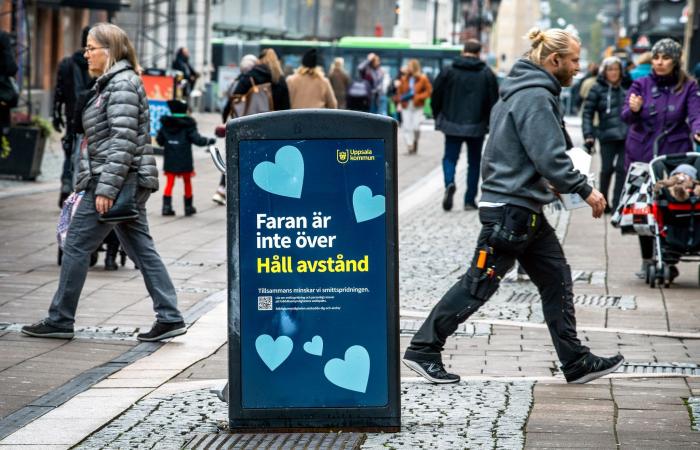 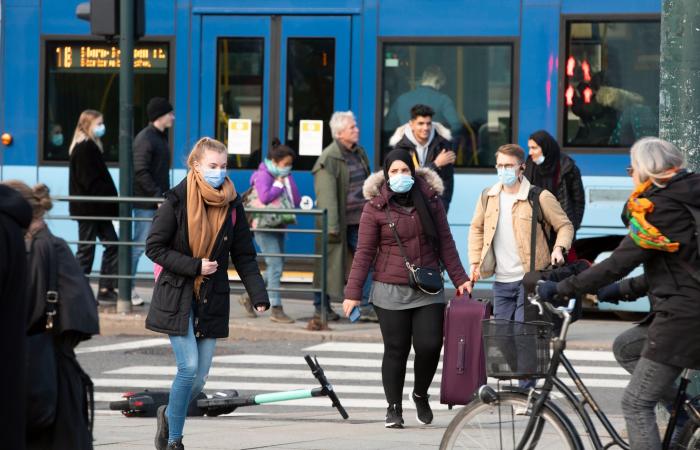 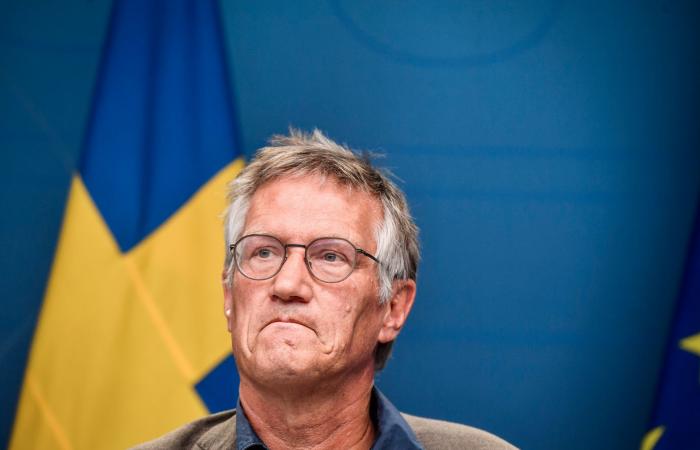 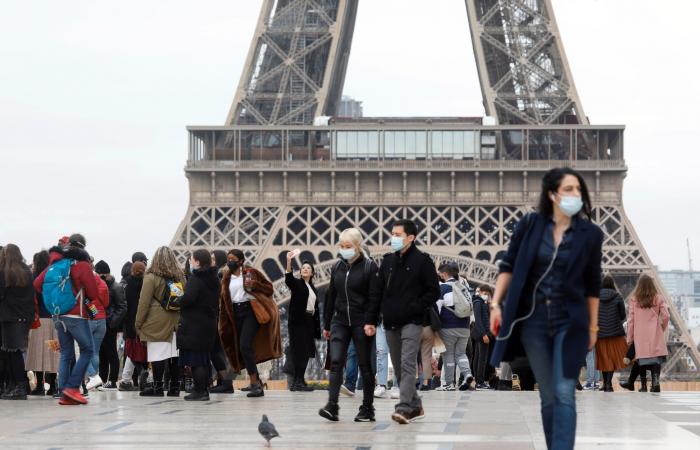 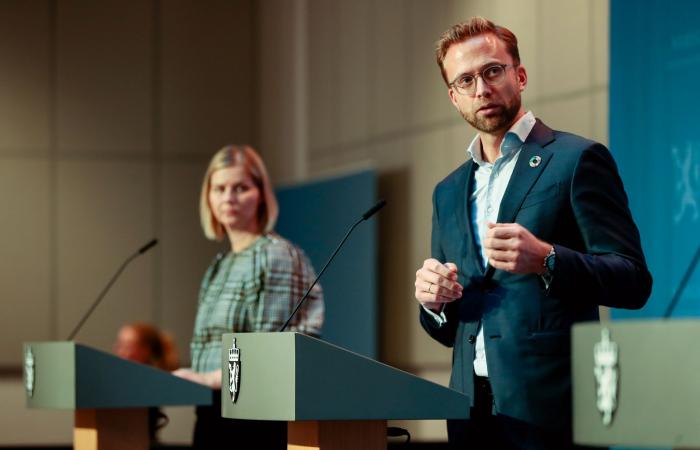 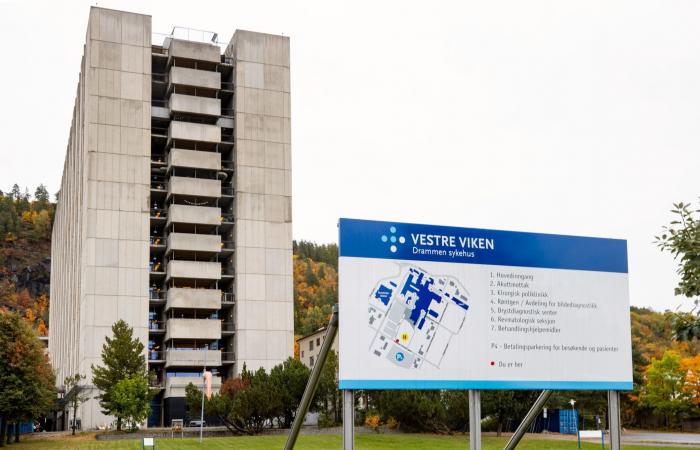 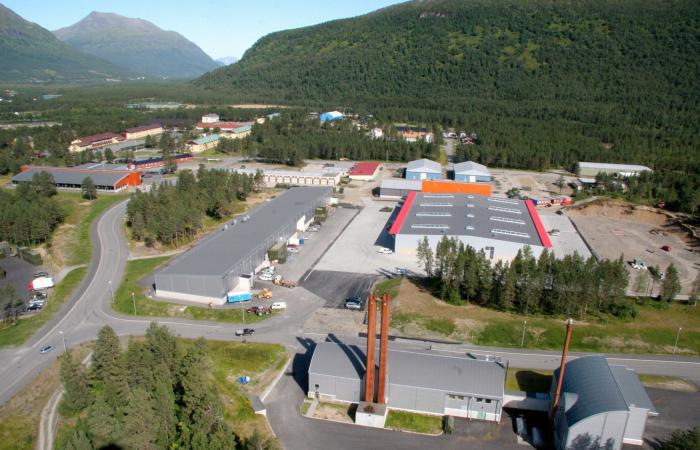 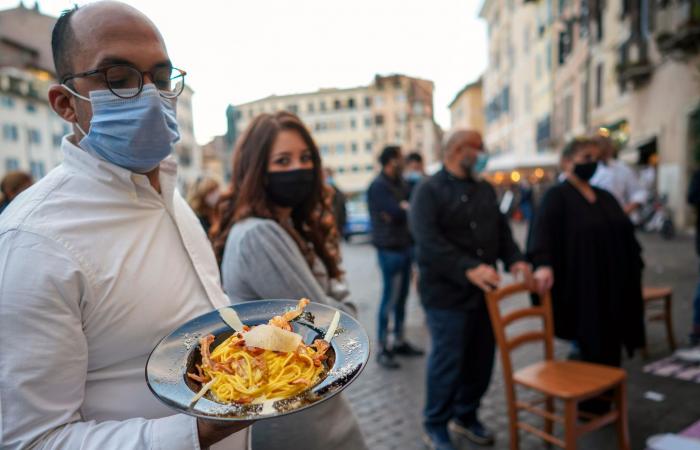 Residents of Stockholm and Gothenburg are asked to avoid shops. People in Oslo have to wear face masks in several places. France introduces new closure. The government proposes an extra 7.3 billion to the municipalities. These are the most important corona news on Thursday.

Thursday has been a dramatic day in corona development, and it can be difficult to follow everything that happens. Here are some of the highlights:

From Thursday, new and stricter infection control rules apply in Oslo. These are in addition to the national rules that were introduced on Wednesday.

These are the new rules:

In the last 24 hours, a new infection record has been registered in Sweden with 3254 new cases.

The sharp increase in infection means that the Swedish Public Health Agency is now introducing far stronger infection control measures in Stockholm as well as in Västra Götaland, where Gothenburg is located, and in Östergötland. Such measures have all been implemented in Uppsala.

The measures apply until 19 November, but can be extended.

In the last 24 hours, seven new coronary-related deaths have been registered in Sweden. The death toll is now 5,934. More than 121,000 people have been confirmed infected since the pandemic broke out.

France introduces lockdown – not allowed to visit friends and family

In France, residents are now not allowed to visit friends and family. Leaving home is only allowed for shopping for food, traveling for work or for medical or important family reasons. This was stated by Prime Minister Jean Castex at a press conference on Thursday, reports Reuters.

The new lockdown comes the day after President Macron unveiled new austerity measures on Wednesday, which partially shut down the country. Among other things, bars, restaurants, cafes and shops will be closed, and teaching at universities must be carried out digitally.

In Paris and several other regions in the country, a curfew was introduced earlier this month from 9 pm.

The government proposes an extra 7.3 billion for the municipalities in 2021

Minister of Local Government Nikolai Astrup (H) is allocating an extra 7.3 billion to the municipalities in the 2021 budget to cover extraordinary corona expenses in the first half of the year.

A working group with representatives from KS and several ministries recently presented an interim report on the municipalities’ finances in the wake of the pandemic.

– The proposals are based on the working group’s calculations and will cover additional expenses and lower income related to the corona pandemic in the first sea year of 2021, Astrup said at a press conference on Thursday.

The Storting now recommends that the representatives use face masks when it is not possible to maintain a distance of one meter.

The recommendation also applies in the Storting hall when the representatives are in their seats, according to the Storting’s presidency.

The Storting is also tightening the infection control rules in several other areas.

At physical meetings, as far as possible, a distance of two meters must be maintained between the participants. At the same time, all domestic committee trips are canceled until the end of the year. Committee trips abroad have long since been canceled.

28 people in Drammen municipality have been diagnosed with coronary heart disease in the last 24 hours. This is the highest number of new cases of infection in one day since the corona pandemic broke out, the municipality writes in a press release.

On Thursday, the municipality introduced a number of new recommendations, which apply from Friday at 12 noon.

Drammen recommends that the inhabitants of the municipality do not have contact with more than ten people in social contexts during a week.

The mayor also said that they recommend a maximum limit of 20 participants at indoor events without fixed seats, and that they are considering political treatment of a ban.

The two people who are infected with corona and associated with Setermoen camp, participated in a party with nearly 200 participants on Saturday, reports the Armed Forces Forum.

Spokesman Eirik Skomedal in the Army informs the newspaper that the participants were in their cohorts before, during and after the event. These cohorts are the same people who work together on a daily basis, and they kept their distance from each other during the event. So did individuals, according to Skomedal.

Between 30 and 40 employees have been quarantined, and municipal chief physician Vidar Bjørnås has stated that between 60 and 70 will be tested for the virus in the municipality on Thursday.

The Spanish parliament has approved a six-month extension of the state of emergency that was introduced to combat the spread of the coronavirus.

On Sunday, Prime Minister Pedro Sánchez imposed a 15-day state of emergency. On Thursday, the parliament approved an extension which means that the alarm condition will last until 9 May.

The measure allows regional authorities, which are responsible for health, to restrict freedom of movement, which includes the introduction of curfews and closing borders if necessary.

Other corona news around the world

Hellas introduces lockdown in the country’s second largest city Thessaloniki and two other regions. The country had little infection this spring compared to other countries in Europe, but recently the infection has increased sharply. The regions that introduce lockdown prohibit private and public gatherings in addition to travel to other regions.

Italy set a new infection record with 26,831 new registered cases in the last 24 hours. The daily death toll has been over 200 since Tuesday this week, a level the country has not experienced since mid-May. On Thursday, the authorities introduced new restrictions. Now bars and restaurants must close the restaurant at 6 pm, while cinemas, theaters and gyms must be closed.

India has now registered 8 million corona cases. Only the United States has been hit harder by the pandemic. In the next few weeks, India is expected to surpass the United States’ more than 9.1 million cases of infection and become the hardest hit country in the world.

Marshalløyene has for the first time registered corona infection, after two people who flew from the United States to a US military base in the country, tested positive. The island nation in the Pacific Ocean with 78,000 inhabitants was among the last places in the world without registered cases of infection.

Taiwan has passed 200 days without domestic infection. In total, the island state has had 553 cases of the coronavirus and seven deaths. The Taiwanese National Institute of Public Health last reported a domestic case on April 12.

In Finland goes the four regions Kymmernedalen, Norra Österbotten, Norra Savolax and Åland in Finland go from yellow to red. The Ministry of Foreign Affairs thus advises against travel that is not strictly necessary to the regions, and from midnight on Saturday 31 October, everyone who comes to Norway from these regions must be quarantined for ten days. At the same time, six regions are going in the opposite direction. North Karelia, Lapland, Länsi-Pohja, Central Ostrobothnia, South Ostrobothnia and Southern Savonia go from red to yellow, so that the quarantine requirement can be lifted.

These were the details of the news Infection records and new measures in Sweden. Norwegian municipalities get... for this day. We hope that we have succeeded by giving you the full details and information. To follow all our news, you can subscribe to the alerts system or to one of our different systems to provide you with all that is new.

PREV Biden picks Caroline Kennedy as US ambassador to Australia, CNN reports
NEXT Iran's Khamenei: Do not blame people protesting over water crisis