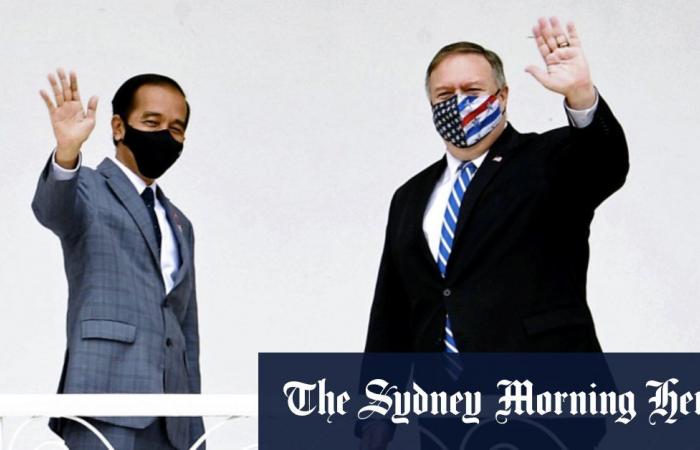 For her part, Retno emphasized Indonesia’s desire for an Indo-Pacific that is open, inclusive, transparent and rule-based.

This statement is similar to what the Foreign Minister has made many times, and does not suggest that Indonesia is likely to break away from its close trade and investment ties with China.

“I have encouraged US companies to invest more in Indonesia, including projects on Indonesia’s outer islands like Natuna Island,” she said. The call to invest in Natuna is not new, but it is significant given the island’s strategic importance.

China doesn’t include the Natuna Islands in its claim to more than 90 percent of the South China Sea – a claim contested by Vietnam, the Philippines, Malaysia, Brunei, and Taiwan – but it does claim part of what Indonesia claims the north calls Natuna Meer.

In an opinion piece in the Jakarta Post China’s ambassador to Indonesia, Qiao Xian, on Wednesday emphasized the close ties and “true friendship” between the two countries, China’s position as Indonesia’s most important trading partner and, above all, the joint work on a COVID-19 vaccine that will do so ” Make Indonesia one of the first countries to be accessed [a] Vaccine”.

Pompeo has added Vietnam to the end of its swing through South and Southeast Asia, which takes place on the eve of the US elections.

On Thursday evening he is supposed to speak to Ansor, the youth wing of the country’s Nahdlatul Ulama organization, a moderate Muslim movement with 90 million members, about the importance of religious freedom and plurality.

Indonesia is a secular Muslim majority nation, but has sizable Christian, Buddhist, and Hindu minorities.

Yenny Wahid, director of the Wahid Institute and senior member of the organization’s women’s wing, said the visit was strategic but cautioned not to read too much about it.

Wahid is the daughter of the late religious leader Abdurrahman Wahid (commonly known as Gus Dur) who was Indonesia’s president from 1999 to 2001.

“Of course we are honored that Secretary Pompeo decided to visit Indonesia and contact our organization. I hope this leads to greater understanding between the Islamic community and President Trump’s administration.

“Some people read this visit as a way to counter the growing influence of China on the Indonesian NU community. We continue to seek relationships with both the US and China and promote understanding for all nations, ”she said.

James Massola is a Southeast Asia correspondent based in Jakarta. He was previously the chief correspondent in Canberra. He was a three-time Walkley and Quills finalist, won a Kennedy Award for Outstanding Foreign Correspondent, and is the author of The Great Cave Rescue.

These were the details of the news Donald Trump’s envoy, Mike Pompeo, is pushing for a five-country tour... for this day. We hope that we have succeeded by giving you the full details and information. To follow all our news, you can subscribe to the alerts system or to one of our different systems to provide you with all that is new.