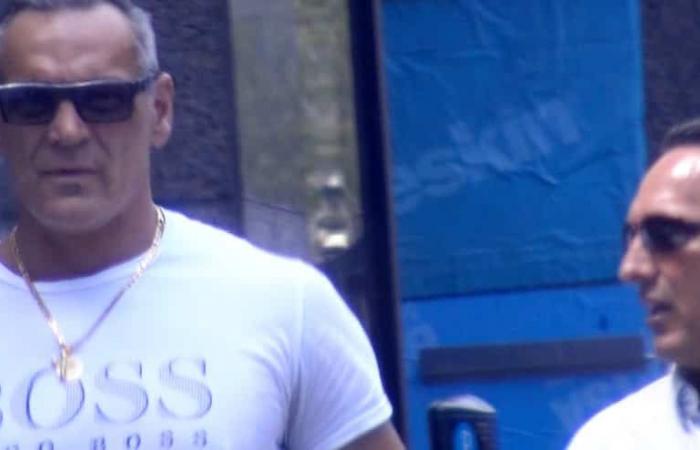 Mafia boss Andrew Scoppa was the number one target of the Estacade police operation, between 2014 and 2017. Our Investigation Office had access to unpublished legal documents on this investigation, which are discussed in several chapters of the book Source, in bookstores from Thursday.

“You know, it’s hard to stay on top. To become the world champion is one thing, but it is another to remain so, because all the other boxers want to take his belt away from him … “

• Read also: A mafioso was a source of police

Andrew Scoppa is considered by the police as the new interim boss of the Montreal mafia the day he compares himself to a boxing champion, September 14, 2016.

Raised in poverty, the influential gangster, who would put on his mother’s boots to go to school in the winter and steal his classmates’ lunches for dinner, is said to have “cash assets” of $ 20 million. , according to police reports.

For two years, the high-ranking mafioso has also been the main target of the Estacade investigation project.

The Regional Joint Organized Crime Squad suspects its organization of being one of the most important sources of cocaine supply in Montreal and Laval.

In 2012, police informants already described Scoppa as “the biggest importer of drugs in Canada” and “a rising star of the mafia with the respect of Vito Rizzuto”.

On the morning of June 8, 2015, the police observed him going to the home of the late godfather Rizzuto, who died a year and a half earlier, and staying there for two and a half hours.

Andrew Scoppa (right) was filmed with his driver, Nicola Valiante, during the Berth investigation.

Scoppa and his driver, Nicola Valiante, go to train together every morning, rent a new vehicle every three weeks and are difficult to keep up with due to their “counter-spinning maneuvers”, according to the squad.

The mafia leader will be spied on all over the city, holding business meetings.

During the entire investigation, the police saw him only once with his brother Salvatore, rue Sainte-Catherine, in the summer of 2016.

This formidable boss, who had a conflicted relationship with his older brother, will be shot dead in a Laval hotel in May 2019, five months before Andrew Scoppa meets the same fate.

Police officers amass a significant portion of their evidence using microphones they managed to hide in the cockpit of three of the rental vehicles used by Scoppa, between mid-September and the end of October 2016.

Voluble, the mafia leader in particular treats his brother Salvatore as “fucking gangsterAnd stupid because he “made mum cry on her 80th birthday”.

“In the street, information is circulating that my brother is cooperating with the cops. Can you imagine? ”He asks his driver, hiding that he himself was a police informant.

Then embroiled in a standoff with the Sicilian faction of the Mafia, the Calabrian-born leader complains of his recurring nightmares and mentions that he has to swallow sleeping pills to get to sleep.

“I have too much business to occupy myself. It crushes me. The past six years have been exhausting. I am losing my mind. I need to take care of myself before someone puts me two [balles] in the coconut ”, he confides to his driver.

Scoppa, a tough guy who police suspected of multiple murders but who was adept at cosmetic treatments like Botox injections, has no intention of hiding, police audio recordings show.

“I know how these guys think,” he claims. If you are hiding, the guys on the street will think you have something to blame yourself for. When I hear rumors that my life is in danger, I will confront those who spread them and tell them that I have nothing to be ashamed of. ”

At the Tour des Canadiens

Informed by an investigator that he is arrested for drug trafficking, the mafia boss immediately asks him “for which squad” he works. Scoppa would later say that he “knows several policemen”.

Scoppa then carries around the sum of $ 4,757 in pocket money. The police will seize an additional $ 55,000 in his condo at the Tour des Canadiens.

Why does he go to this place almost every day? Because he trains there, it’s quiet and he fears for his life, he replies to the police, who release him in the evening.

On February 1, 2017, he was arrested again, but this time at his home in the West Island of Montreal. He is advised that the Crown has laid several charges against him.

Escorted to an SQ station for questioning, Scoppa is given a coffee and an Ativan pill to calm his anxiety.

“I’m not an angel,” he admits. I have done several things, but I am not in the drug business. I just meet people and solve problems. I am a guy of peace. ”

Scoppa minimizes his role in the Mafia and wants to “withdraw” from the underworld because he has had “enough trouble like that”.

He asks investigators to “try to find a compromise” so as not to spend ten years in jail.

Scoppa also asks if the police set him up with a bug (micro).

“We inform him that the bug was in his vehicle. He is very surprised. He thinks we are good, ”write two investigators in their report.

The Mafioso kept books on the Mafia in his bedside table and this copy of the Journal de Montréal of March 12, 2016, in which was published a file on “the agony of the Rizzuto clan”.

After 15 months in pre-trial detention, Scoppa – like several co-defendants, including his driver – is however released from all charges following a stay of proceedings that the Crown prosecutors demanded from Judge Sophie Bourque without giving any explanation.

“They seized 111 kg of powder, but all the accused were cleared because the cops plotted to put this plot on my back. I had nothing to do with it, ”says Scoppa in the book Source.

Although he admitted to having been listed as a police informant, the mafia leader refused to confirm our information that he escaped unscathed from the Estacade investigation because he had been providing several police officers with information for a long time.

These were the details of the news Scoppa was the biggest drug importer in the country for this day. We hope that we have succeeded by giving you the full details and information. To follow all our news, you can subscribe to the alerts system or to one of our different systems to provide you with all that is new.