Confinement with open schools: what do studies say about children’s contagiousness? 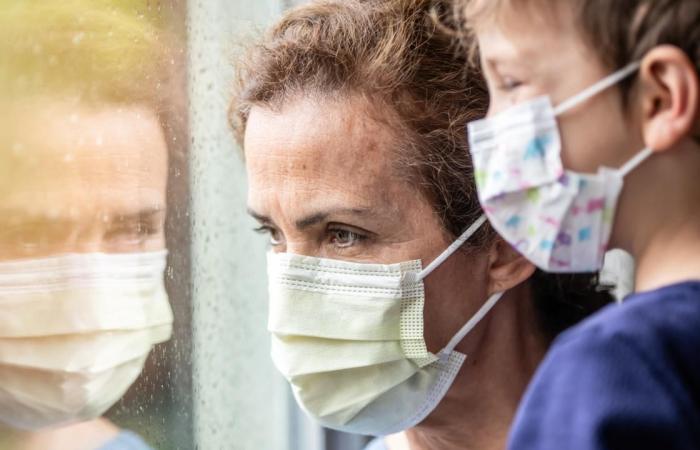 IN BRIEF – Faced with the exponential leap of the Covid-19 epidemic, an “Irish-style” re-containment, with schools remaining open, could be imposed as of Thursday at midnight. This scenario revives questions, while the contagiousness of children is still debated.

Are they less infected than adults? Are they more contagious? Should we distinguish the case of the very young from that of the oldest and adolescents? The questions around the potential contaminating role of children resurface as Emmanuel Macron prepares, faced with the exponential leap of the Covid-19 epidemic, to announce to the French new restrictions which could go as far as the reconfinement of the country, but with schools open unlike last spring.

As a reminder, at the start of the epidemic in France, the first measure taken to stem the transmission of the virus was to close schools, children being considered to be major transmitters of microbes. A preventive measure that found a new echo during the summer while new clues, concerning the specific case of the coronavirus, accumulate. “There is no more controversial as a subject“, summed up again this Monday the public health doctor Martin Blachier, in an issue of”It is in your interest“on LCP devoted to the various avenues on the table to stem the epidemic in France. The opportunity to come back to what we know and the doubts that remain in the matter.

Covid-19, a disease of adults?

As of the end of February, a report by the joint China-WHO mission highlighted the tiny proportion in which children seem to be affected by this virus. In detail, the document revealed that 2.4% of the more than 75,000 cases then confirmed in China were in individuals under the age of 18. And a very small proportion of these minors had developed a severe (2.5%) or critical (0.2%) form of the disease. “They don’t seem to be very sick or die from it“, summed up in March Justin Lessler, epidemiologist at Johns Hopkins University. Several studies, including one published in the Lancet and obtained from epidemiological data of 507 patients, concluding at 3% of pediatric cases, subsequently confirmed this trend.

In details, “the risk division factors compared with adults are of the order of 1 / 10,000 for deaths, 1/1000 for severe forms, 1/100 for hospitalizations, 1/3 on the percentage of positive PCRs. This is especially true in children under 10 years old.“, affirmed the Pediatric Infectious Pathology Group and the French Association of Ambulatory Pediatrics.

It is moreover based on the fact “that children are little at risk of severe form and not very active in the transmission of SARS-CoV-2”, that the High Council for Public Health (HCSP) has supported at the end of September, a relaxation of the sanitary protocol planned in schools since the start of the summer vacation. The body which guides government decisions has since recommended “do not consider an supervising adult as contact if he wears a mask (made of fabric meeting standards or surgical) in contact with a child under 11 years old detected positive Covid-19 not wearing a mask“. Because she develops,”the risk of transmission exists mainly from adult to adult and from adult to child and rarely from child to child or child to adult“.

Less symptomatic but no less infected

If Public Health France (SpF) estimates that pediatric cases represent a total of 1 to 5% of all Covid-19 cases worldwide, the health agency also came to support the information in early May that children were as prone to infection as adults. “Children are at a similar risk of infection to the general population, although they are less likely to have severe symptoms“, concludes a study of Lancet.

Very often children are asymptomatic or “little symptomatic“underline in substance the various studies published on the subject, recalling that the serious forms and the deaths in the children are exceptional. But this does not therefore mean that they are less exposed to the virus.

According to a recent study by the Israeli Ministry of Health presented at the end of October to the government and quoted this Monday by the doctor Martin Blachier on LCP, the percentage of positive tests in children would also rise to 8%, i.e. 2% more than in adults. For the ministry, sending children back to school at a time when Covid-related mortality is high “could accelerate the spread of the virus“.

Without symptoms, but infected and even very contagious? This is, in essence, what an American study published at the end of July in the medical journal reveals. JAMA Pediatrics, according to which the level of genetic material of the coronavirus detected in the noses of children under the age of five is 10 to 100 times higher than that found in older children and adults.

“The usual behaviors of young children and confined spaces in schools and daycares raise the question of a spread of SARS-CoV-2 in this population as health measures soften.“, further estimate the researchers who conducted screening tests in Chicago with nasal swab on 145 patients, suffering from a mild to moderate form of Covid-19 disease, a week after the appearance of their first symptoms.

As it is proven that the more there is genetic material of the virus, the more the latter can become contagious, very young children could be important propagators of the virus in the population. A hypothesis that goes against the current discourse.

Adolescents, namely children above 10 years old, seem to have a greater impact on the transmission of the virus, Inserm explains in a report. “Massive tests carried out in Iceland and in the municipality of Vo ‘, Italy, the initial epicenter of the Italian epidemic, have shown that children under 10 have a lower incidence of Covid-19 than adolescents and adults.“

But the data is heterogeneous. German researchers, for their part, detected the same amounts of viral RNA in nasal or pharyngeal swabs from sick children as in those from older patients, both in 0-10 year olds and 11-20 year olds, recalls Science and the Future.

Protected from Covid-19 thanks to seasonal coronaviruses?

In addition, we now know that the frequent infections by seasonal coronaviruses, responsible each winter for colds and bronchitis from early childhood, do not protect either from infection by the new coronavirus, or from the related serious forms linked to Covid-19. Kawasaki disease.

“If the Covid-19 virus behaves like the seasonal coronaviruses, this observation questions the ability of the population to achieve a level of immunity sufficient to prevent the regular reappearance of the disease“deduced Marc Eloit, head of the pathogen discovery laboratory at the Institut Pasteur in a press release and co-author of the study in question published in early July.

According to a French study made public at the end of June by the Institut Pasteur and carried out on 1340 people connected to primary schools in the Oise, children between the ages of 6 and 11 hardly transmit Covid-19 at school, whether to others students or adults. “Typically, children are infected in families, by their parents most often, but then transmit very little at school“, explains its main author, Arnaud Fontanet, of the Institut Pasteur.

At the time, this work confirmed other similar observations, even if their results remain preliminary since they have not yet been published in a scientific journal, underlines Pasteur.

What we do not yet know

If the reasons for which the youngest do not show or show few symptoms are still uncertain, several hypotheses have been put forward. Among the avenues put forward is that of the immaturity of their immune system, potentially less specific to infection, or on the contrary their overexposure to other viruses at school which would give them greater protection than adults.

“For them, any infection is a new infection“, had the opportunity to comment to AFP Sharon Nachman, professor at the Renaissance school of medicine at Stony Brooks Children’s Hospital near New York.”They see so much disease in their early years that their immune system is fine and responding well to this new virus“, she continued, stressing however that the current absence of serious cases”doesn’t mean it will never happen“.

As a reminder, several cases of children with serious symptoms similar to Kawasaki disease have appeared in Europe in recent months, raising fears of a link with Covid-19.

If current data are sometimes contradictory with regard to the potential contaminating role of children, it is among other things because, even infected, these funds “are fine and are not going to the hospital, so they are not tested“, Sharon Nachman emphasizes.

Covid-19: France facing the scale of the second wave

The latest info on the Covid-19 epidemic

A data to which is added the fact that the confinement of children has not allowed the study of their contagiousness in real conditions in recent months. As evidenced by mass screening carried out in Iceland after schools were closed, and which did not reveal any infection in children.

“You have a problem with the Republic”, sharp altercation in the Assembly between Blanquer and Mélenchon

Reconfinement: what we know of the avenues considered by the executive

Will schools and colleges remain open in the event of re-containment?

These were the details of the news Confinement with open schools: what do studies say about children’s contagiousness? for this day. We hope that we have succeeded by giving you the full details and information. To follow all our news, you can subscribe to the alerts system or to one of our different systems to provide you with all that is new.