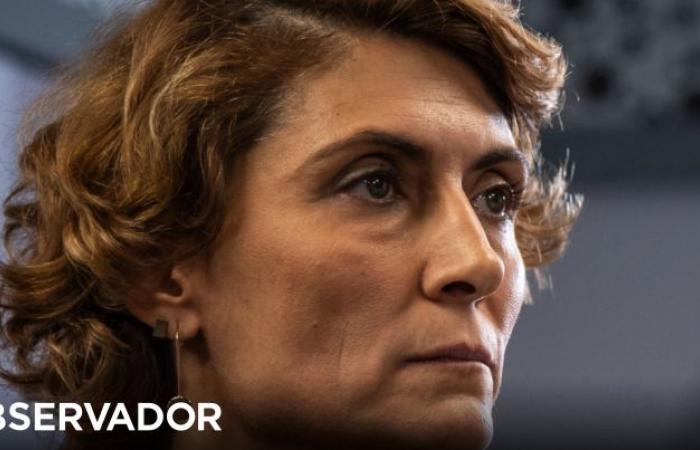 The Council of Public Finances (CFP) warned this Monday that there is a risk that, once the moratoriums are over, the financial sector may incur losses that compel the State to provide financial support. This is one of the main risks that overshadow the execution of the next State Budget, under the terms proposed by the Government. And the CFP again complains about the lack of transparency in the document that projects the film for the financial year for next year.

There are risks that “the expense with Novo Banco and with TAP will be higher than that considered in the forecast for 2021 in national accounts” and the budget may be called into question, also, by the degree of activation of guarantees in the credit lines in which the State gave public guarantee. However, says the CFP in the analysis of the 2021 State Budget proposal, “of a more uncertain size, the risk associated with the credit default granted by banks to economic agents” is highlighted.

“The eventual inability of these agents to fail to make commitments may imply losses for the Portuguese financial system and, consequently, compel the State to intervene, through financial support”, the organization fears.

According to the most recent data from Banco de Portugal, which relate to mid-June, around 22% of the banks’ loan portfolio was under default – a figure in the order of 39 billion euros. The agency rating DBRS recently indicated that Portuguese banking is the one that, in the European context, has a greater relative weight of loans in default, in proportion to its total assets.

National banking has the highest proportion of default in Europe, says DBRS

This is one of the main “non-negligible downside risks” that the CFP sees in the budget proposal for 2021, a year that will be marked by a “high degree of uncertainty that remains about the magnitude, scope and duration of the pandemic situation”. This makes it even more crucial that there is “prudent financial and budgetary management at the substantive level, but it also requires that this management be carried out in compliance with the basic procedural and formal rules of the Portuguese budgetary system, since those that are imposed by the Budget Framework Law ”.

The high economic and social costs of the pandemic continue to justify the use of public programs to support the most affected families and economic agents. However, national and community public resources must be used in a judicious, efficient and transparent manner, and there must be a timely and comprehensive public disclosure of the execution of all the support instruments ”, says the CFP, reiterating statements made in September.

In the analysis of the CFP, in order to be able to meet the deficit in 2021, defined at 4.3% of GDP, it will be “decisive” that the “recovery of economic activity forecast by the Government” be confirmed, in addition to “a smaller amount of expenditure measures related to the pandemic, smaller support to specific sectors, ‘other unidentified and unexplained effects’ and the recovery of the commission paid to the European Financial Stabilization Fund ”.

As for Novo Banco, the risk is that the injection made by the Resolution Fund may be higher than the approximately 475 million euros that are planned and that should be injected thanks to the annual contributions and a sector loan – even so, even without a state loan, the Resolution Fund is a public-sector body, so its accounts are always included in the State Budget.

In recent years, there have been public loans of 850 million to this entity but the money that came out of the Resolution Fund for the New Bank was greater: in 2020, for example, it was 1,037 million euros. This amount will rise to 275 million in 2021, according to the proposed State Budget law (a figure that can be explained by the net amount between what the Resolution Fund delivers to Novo Banco and the contributions it receives from the banks).

In addition to this reduction in the impact of Novo Banco on public accounts, the CFP says that the State budget is also based on a forecast of a decrease in financial aid to the aviation sector. As the CFP notes, the Ministry of Finance estimates that this year TAP will use all of the 1,200 million euros of State loan and, for 2021, an impact of 500 million euros is expected related to a possible guarantee to be granted by State so that TAP can finance itself in the market.

The situation of scarcity in public accounts, notes the entity, “advises prudent financial and budgetary management in substantive terms, but also requires that this management be done in compliance with the procedural and basic rules of the Portuguese budgetary system”.

And recalls a warning he had already made in September: “The high economic and social costs of the pandemic continue to justify the use of public programs to support families and economic agents most affected ”. But, notes the CFP, these public resources – both national and community – must be used “in a judicious, efficient and transparent manner”, and there must be “timely and comprehensive public disclosure of the execution of all the support instruments”.

However, the current budgetary process continues to be marked by these shortcomings, so “it is up to the Public Finance Council to highlight them again”, namely “the flaws in the budget transparency” that are noted both in the proposal for Budget, or in the supporting documents accompanying it.

And what are they? To begin with, information on the expected budgetary impact of measures to respond to Covid-19 is “insufficient, with inconsistencies and the distribution of the impact of those measures by the different components of revenue and expenditure in the estimate for 2020 that serves as basis for the 2021 budget forecast ”.

Then, the way in which the Government presented the new limits of unconsolidated expenditure in the multiannual framework of public expenditure undermines budgetary transparency. This is because “it includes expenditure on financial assets and liabilities” but does not present “the demonstration of the compatibility of these limits with the budgetary objectives underlying the medium-term trajectory of public finances”.

Finally, “transparency is penalized” when there are “unidentified and unexplained effects” in the accounts, which “make it difficult to measure the capacity to achieve the expected evolution of the budget balance in 2021”.

In short, the Public Finance Council notes, the pandemic cannot be an excuse for the Government not to provide the information it owes.

“If it is true that the pandemic crisis, due to its unexpected nature and seriousness, forced the adoption of a set of temporary and exceptional response measures, it is important, however, that it should not be used as a pretext to postpone, more or less the fundamental legal rules of our budget system ”, stresses the CFP.

And it goes further: “the deterioration in the quality of information manifested in these insufficiencies in budget transparency conditions the work of the institutions participating in the budget process”, including the assessment that must be made by the Assembly of the Republic – which votes the document in general on Wednesday market.

These were the details of the news End of moratoriums may compel public aid to banks, warns CFP... for this day. We hope that we have succeeded by giving you the full details and information. To follow all our news, you can subscribe to the alerts system or to one of our different systems to provide you with all that is new.