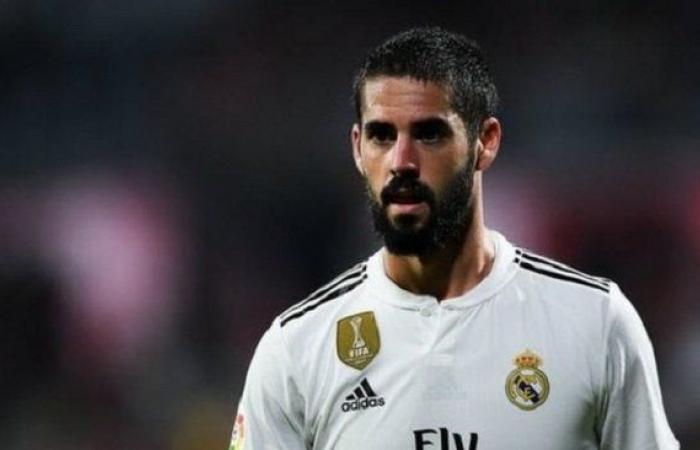 Sport 360 – Cameras picked up Isco star Real Madrid He complains in a funny way about the way coach Zinedine Zidane treated him this season, during the El Clasico match against traditional rivals Barcelona, ​​in which he sat on the bench throughout the match.

Zidane decided not to push Isco in the El Clasico match after his poor performance in recent weeks, and relied on Marco Asensio in the right wing position and Vinicius Junior in the opposite side.

Newspaper quoted Ass Spanish What Isco said in the El Clasico match to his teammates, who were sitting next to him on the bench, on their head, Marcelo and Luka Modric.

The cameras lenses succeeded in capturing the statement of the Spanish star to his colleagues, as he said, “If he had to replace me, he would replace me with the 50th or 60th minute of the match, sometimes right after the first half, and if he had to join me as an alternative, he would pay me in the 80th minute.” .

The newspaper stated in its report that Marcelo burst out laughing at the words of his colleague who was sarcastically complaining, as well as Luka Modric smiled, while Luka Jovic showed no reaction and was not aware of the dialogue because he was busy with the phone.


These were the details of the news Real Madrid news: Isco explains to Marcelo and Modric in El... for this day. We hope that we have succeeded by giving you the full details and information. To follow all our news, you can subscribe to the alerts system or to one of our different systems to provide you with all that is new.