A 4G network on the moon is bad news for radio... 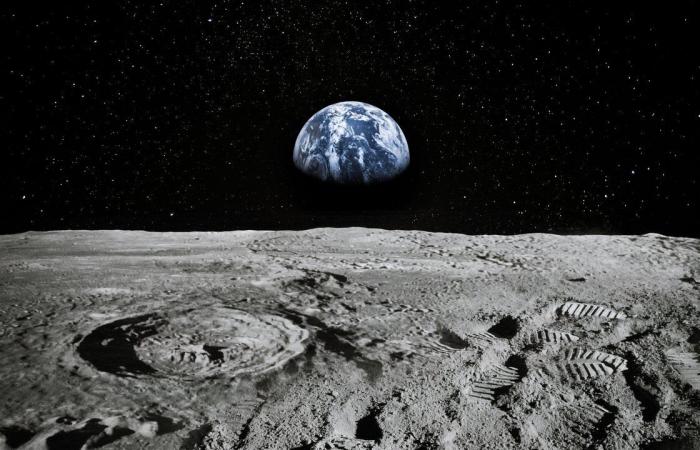 As you drive down the street to the Jodrell Bank Observatory, a sign will tell visitors to turn off their cell phones. The Lovell telescope is so powerful it can detect a phone signal on Mars.

Radio telescopes are incredibly sensitive. To quote legendary astronomer Carl Sagan: “The total amount of energy from outside the solar system that has ever been received by all radio telescopes on planet Earth is less than the energy of a single snowflake that hits the ground.”

The total energy is probably worth a few snowflakes by now, but it’s still true that astronomical radio signals are typically sizes smaller than artificial ones. If Jodrell Bank could sense interference from a phone signal on Mars, how would it fare with an entire 4G network on the moon?

This is the problem that worries astronomers like me after Nokia of America received $ 14.1 million ($ 19.8 million) to develop the first cellular network on the moon. The LTE / 4G network is designed to facilitate the long-term habitability of the moon and enable communication for key aspects such as moon rover and navigation.

Radio frequency interference (RFI) is the long-term nemesis of radio astronomers. The Jodrell Bank – the earliest surviving radio astronomy observatory in the world – was founded as a result of RFI. One of the pioneers of radio astronomy, Sir Bernard Lovell, found that his work in Manchester was hampered by radio interference from passing trams in the city and persuaded the university’s botany department to let him move to their fields in Cheshire for two weeks (he never left her)).

Since then, radio telescopes have been built further and further away to avoid radio interference. The upcoming Square Kilometer Array (SKA) telescope is being built in remote areas of South Africa and Australia. This helps eliminate many common sources of radio interference, including cell phones and microwave ovens. However, ground-based radio telescopes cannot completely avoid space-based radio sources such as satellites – or a future lunar telecommunications network.

RFI can be reduced at the source by suitable shielding and precision in signal emission. Astronomers are constantly developing strategies to remove RFI from their data. However, this relies increasingly on the goodwill of private companies to ensure that at least some radio frequencies are protected for astronomy.

A long-term dream of many radio astronomers would be to have a radio telescope on the other side of the moon. Not only is it protected from earth-based signals, but it can also observe at the lowest radio frequencies, which on Earth are particularly affected by a part of the atmosphere known as the ionosphere. Observing at low radio frequencies can help answer basic questions about the universe as it was in the first moments after the Big Bang.

The scientific case has already been spotted with the Netherlands-China low-frequency explorer, a telescope repurposed by the Queqiao relay satellite that was sent to the moon in the Chang’e 4 mission. Nasa has also funded a project on the feasibility of turning a lunar crater into a radio telescope with a wire mesh lining.

Despite its interest in these radio projects, NASA also has commercial partnerships. Nokia is just one of 14 American companies that NASA is working with in a series of new partnerships valued at more than $ 370 million ($ 519 million) to develop its Artemis program, with which astronauts will work until 2024 Moon should return.

The involvement of private companies in space technology is not new. And the right and the wrong have long been debated. Probably the biggest eye-catcher is SpaceX’s Starlink satellites, which caused a sensation among astronomers after their first major launch in 2019.

Images quickly emerged with tracks from Starlink satellites that obscured or outshone the original astronomical targets.

Astronomers have long had to grapple with satellites, but Starlink’s number and brightness are unprecedented and their orbits difficult to predict. These concerns apply to anyone practicing ground-based astronomy, whether they are using an optical or radio telescope.

The SKA organization recently published an analysis of the impact of satellites on radio astronomy, which is developing the next generation of radio telescope technology for the square kilometer array. The SKA telescopes have been calculated to be 70% less sensitive in the radio band Starlink uses for communication, provided that 6,400 Starlink satellites are ultimately deployed.

As space becomes more commercialized, the sky is filling with increasing technological volume. That is why it has never been more important to have regulations to protect astronomy. To ensure that as we move further into space, we can continue to see it from our home on earth.

These were the details of the news A 4G network on the moon is bad news for radio... for this day. We hope that we have succeeded by giving you the full details and information. To follow all our news, you can subscribe to the alerts system or to one of our different systems to provide you with all that is new.