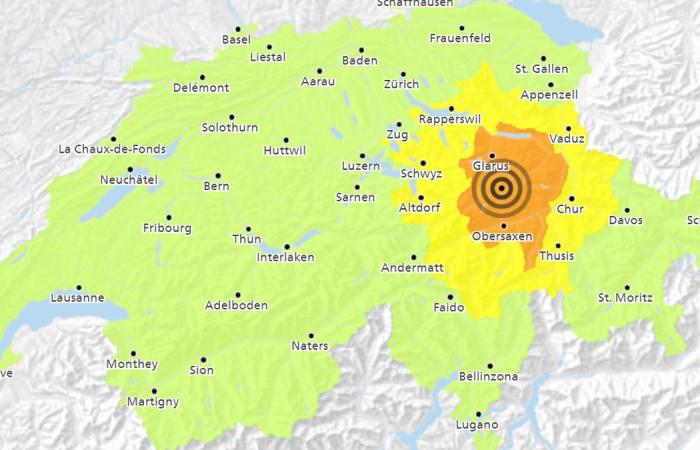 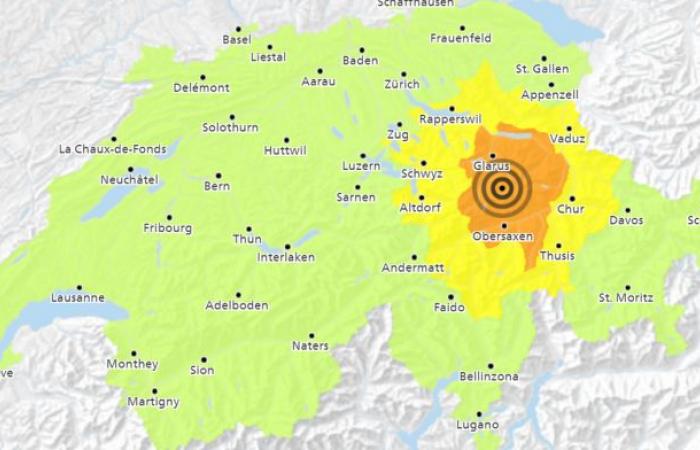 A magnitude 4.4 earthquake was recorded Sunday evening in the canton of Glarus. The shock could be felt across the country, the Swiss Seismological Service (SED) said.

An earthquake measuring about 4.4 on the Richter scale rocked the township of Glarus near Elm on Sunday evening. The shock that occurred at 8:35 p.m. could be felt throughout Switzerland.

“I felt the earthquake very clearly, with several small aftershocks,” says a resident of Rorschach, in the canton of St. Gallen. Closer to the epicenter, another witness is still struggling to recover from his emotions: writes “My whole living room began to shake, it was terrifying”.

The epicenter was located under the mountain known as Kärpf, said the Swiss Seismological Service (SED) of the Swiss Federal Institute of Technology in Zurich (ETHZ). This shock was followed by another of magnitude 2.7 at Elm (GL) and then another of the same magnitude a minute later at Gelterkinden (BL).

According to the SED, some slight damage is possible near the epicenter for an earthquake of such magnitude. At the Glarus police call center, the earthquake was clearly felt. The shock lasted ten to twelve seconds and the objects began to shake, the police officer interviewed by Keystone-ATS said.

*The article has been translated based on the content of Source link by https://www.20min.ch/fr/story/un-fort-seisme-a-secoue-la-suisse-dimanche-soir-932625237519
. If there is any problem regarding the content, copyright, please leave a report below the article. We will try to process as quickly as possible to protect the rights of the author. Thank you very much!

These were the details of the news Earthquake in Glarus: “My whole living room began to shake, it... for this day. We hope that we have succeeded by giving you the full details and information. To follow all our news, you can subscribe to the alerts system or to one of our different systems to provide you with all that is new.